One of the biggest misconceptions about pornography is that it’s only a “guy issue,” but we know that it’s definitely not an issue that only guys deal with. Statistics actually show that more and more women are watching pornography on a regular basis.

Related: 1 in 16 U.S. Women Reported Being Raped During Their First Sexual Encounter in This Study

In 2021, supposedly 35% of Pornhub’s visitors were women, according to their annual report. 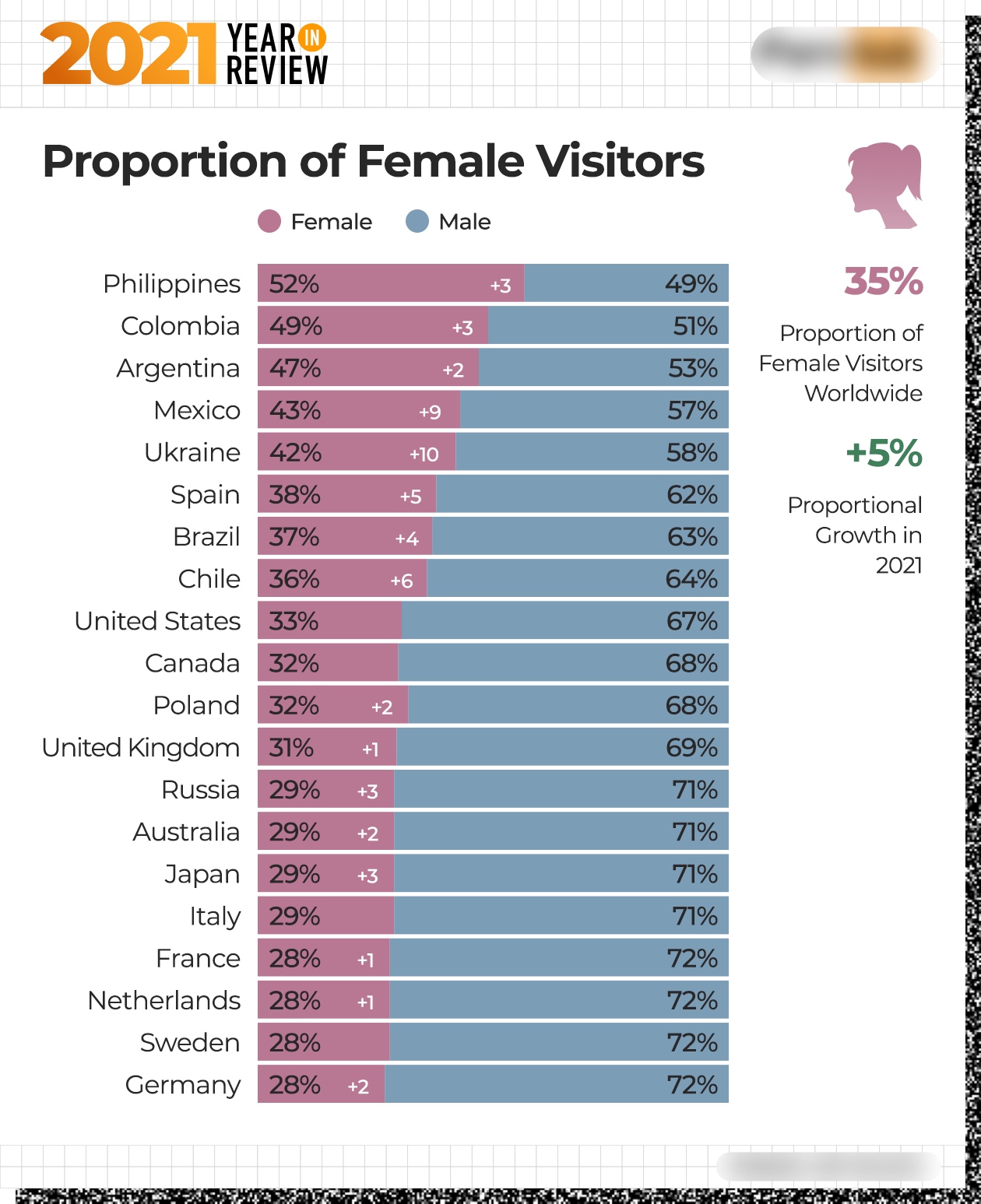 The reality is, women are sexual beings that can be drawn in by pornography just like men.

Empower (v): give (someone) the authority or power to do something, make (someone) stronger and more confident, especially in controlling their life

Exploit (v): make full use of and derive benefit from use (a situation or person) in an unfair or selfish way 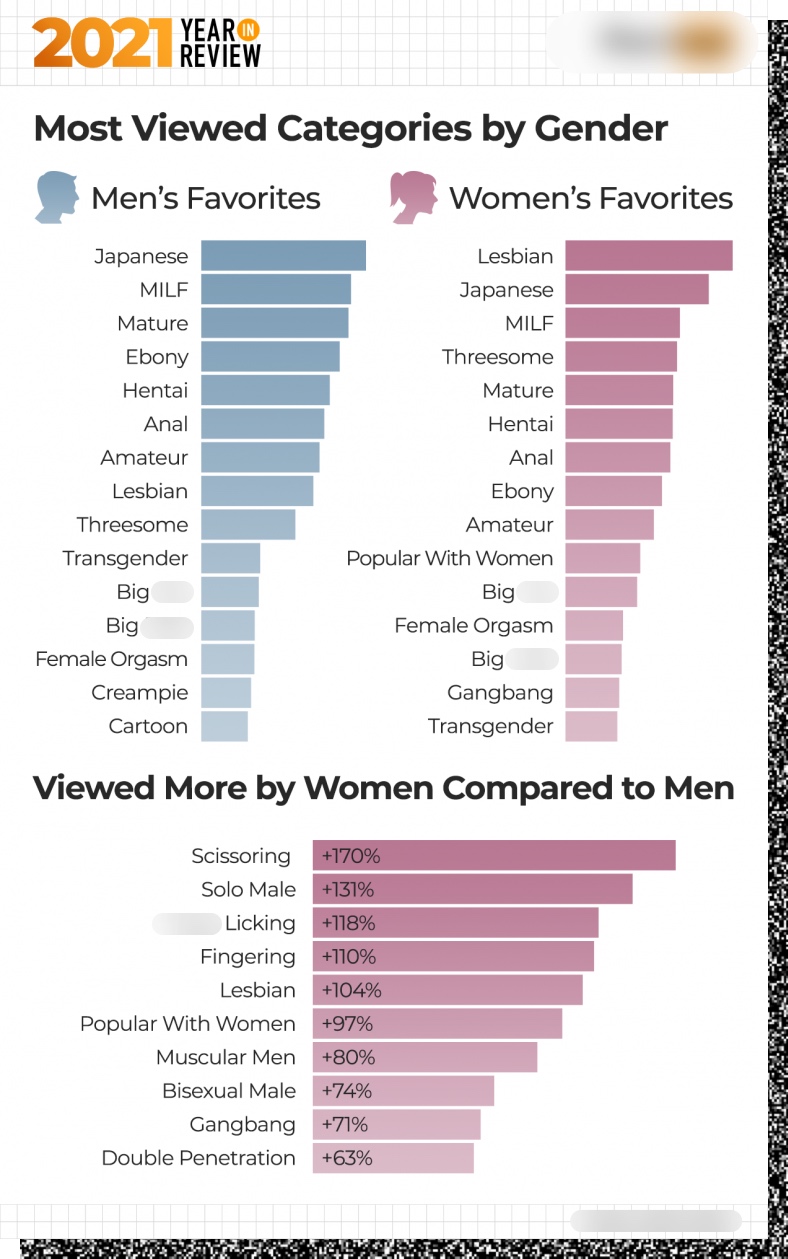 “From the ‘Me Too’ movement to prominent females…on the world stage, women are feeling more empowered and they have found their voice. [This search term] is a sign of things to come,” Dr. Betito said.

We’ll explain how in the next section.

“Fighting” assault while also romanticizing and normalizing it?

For example, as of February 2021, popular categories include “casting,” “rough sex,” and “amateur.” In each, there are videos of either possible actual nonconsensual sex or fantasized nonconsensual sex that’s scripted and portrayed by consenting actors.

Either way, though, this content trivializes abuse and sells it as a point of arousal rather than an unacceptable crime.

The “casting” category is filled with thousands of videos where the plot is (mostly) women who are trying to get a job in the adult industry or elsewhere, and they have to have sex with someone, usually a man in power, in order to secure employment. Many of these videos are scripted, but we know from reports that some possibly are not (link trigger warning, very explicit stories shared here of coercive sex). Note that the premise of this category in and of itself is playing on something illegal—it is not lawful to make any kind of employment contingent on sex.

Cute teen with no model experience gets f— at Audition POV 94.2k views
Platinum Blonde Amateur Stacy Gets F— Twice But Does Not Get The Job! 290k views
Young Broke Coed Ashleigh Gets Her Pink P— Pounded & Face C— On! 205k views
Chunky 19yo Charlotte Has An Attitude But Gets Her Face F— & Shuts Up! 196k views
Sweet Cheyenne F—On Film To Avoid Being A Toothless Homeless Hottie! 139k views

Here are a few real titles as of 2021 and their view counts:

I was f— hard without my desire 1.5m views
SUBMISSIVE GIRLFRIEND F— HARD FOR BEING DISOBEDIENT 2.1m views
My girl was bitching so i f— her soul out and made her drink my n— 1.6m views
Hard f— a girl in stockings, without her desire 1.6m views
Barley Legal Sporty Teen With Small T— And Tiny P— Gets F—, this video was uploaded by a verified user named “Tiny Teen City.”

Consider how many of these videos’ plot lines only thinly disguise a nonconsensual, or coercive sexual encounter, or glorify sex as a weapon for punishment and torture. Is this truly the kind of material that is acceptable in a post-#MeToo era?

Also, let’s review the other popular category we mentioned, “amateur.” This category specifically features young women who are, often, in situations of being taken advantage of or exploited in some way.

Let’s break down what that statement totally misses.

Exploitation is not empowerment

This content in and of itself is not uplifting to women. What impact does this have on consumers?

Again, we ask: does any of this sound like a “win” for women or men?

Is watching truly worth it?

Does any of this sound empowering for anyone, men or women?