Researchers found the effect of harmful stereotypes of Black women and men may be stronger in the absence of real-world experience with POC. 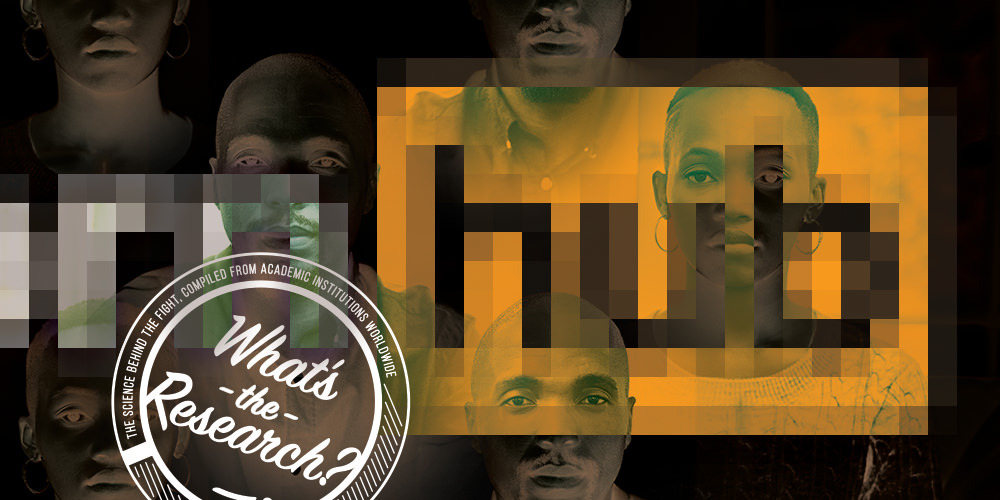 Worse Than Objects: The Depiction of Black Women and Men and Their Sexual Relationship in Pornography

Social cognitive theory suggests people can learn behaviors through repeated exposure via media. Additionally, these behaviors are more likely to be learned and emulated when modeled by attractive, identity-salient people. With regards to sexual behavior, researchers have described how media can provide both specific scripts, such as engaging in particular sexual behaviors, as well as higher-order or abstract scripts, such as attitudes or beliefs about sex (Wright, 2011).

One such potential abstract script is the objectification of women, where women’s bodies are used to represent her whole being, or when women are depicted as existing just to sexually please men. Objectification theory posits that depictions of female objectification in the media and in pornography result in negative behavioral outcomes, including depression, disordered eating, and sexual dysfunction, through harmful internal cognitions, including anxiety, shame, and lack of internal awareness (Fredrickson & Roberts, 1997).

Until recently there have been relatively few content analyses of internet pornography and there have been even fewer investigations of the portrayals of Black women in pornography. However, overall, the content analyses that have been done suggest that women are still overtly objectified in online pornography (Fritz & Paul, 2017; Klaassen & Peter, 2015; Vannier, Currie, & O’Sullivan, 2014). Previous content analyses of pornography have also suggested that Black women are more often the target of aggression compared to white women. Furthermore, research suggested that the most aggressive depictions occurred between interracial couples. However, the last content analysis on this topic was published in the 1990s. This study examined pornographic videos from two of the largest online pornographic streaming tube sites in the world to investigate how Black women and men are portrayed in mainstream contemporary porn.

The first video on the first page was selected, followed by the second video X pages after the first, followed by the third video X pages after that, until the desired amount of videos were selected. The sample size per category was determined by finding the ratio of the number of videos in the category compared to the total on the site. In this way, the sample was stratified so that larger categories had more videos sampled from them.

The researchers sampled and recorded the video title, category, and URL for each selected video. Each video was coded for a variety of manifest content, ranging from duration of video to acts of aggression. For this study, we analyzed depictions of sexual behaviors and physical sexual aggression.

Overall, the results from this study suggest there are damaging stereotypical portrayals of Black women and men in pornography. Black women are more often depicted as the target of aggression, while Black men were portrayed more often as the perpetrators of aggression. Additionally, Black couples are more likely to be portrayed as aggressive and lacking intimacy. These findings have implications for Black men and women’s sexual behaviors, relationships, and health as well as for interracial interactions and the reinforcement of harmful stereotypes.

Black women, along with Native American women, are at greater risk of being murdered by intimate partners (Petrosky, Blair, Betz, Fowler, Jack, & Lyons, 2017). While the researchers emphasized that they are not suggesting that pornography is causing the death of Black women, they are suggesting that the sexual script of higher levels of aggression in pornography against Black women creates a societal context that devalues Black female bodies, putting Black women at higher risk for death by an intimate partner than other groups of women.

The researchers highlight that potentially as important as the depiction of Black women as “beaten objects,” is the portrayal of Black men as the aggressor. Similar to previous research, their study found Black men were more likely to be depicted as perpetrating aggression against their sexual partners. In addition to violence, Black men in pornography were portrayed as kissing their partners less, and Black couples, in general, were depicted kissing less. Notably, no other sexual behavior differences were noted, suggesting that the main difference in the depiction of Black couples is a lack of kissing and potentially intimacy, which was found in previous studies as well.

This reinforcement of negative stereotypes of detached and aggressive sex for Black couples may lead to sexual and relationship dissatisfaction.

Notably, this study did not find increased aggression between interracial couples as previous research found. This study suggests a more defined script of detached aggressive sex for Black men and women. The researchers point out that since this stereotype is also present in popular media such as music videos and magazines, even individuals who do not consume pornography may acquire this script resulting in negative mental health outcomes.

Beyond these negative outcomes for Black women and men, there are implications for others who may negatively stereotype and then discriminate Black individuals. Finally, the researchers point out that for homogenous groups who lack real-world experience with Black people, these effects may be even stronger and potentially damaging. The effect of harmful stereotypes of Black women and men maybe even stronger in the absence of real-world experience with people of color.