“I don’t feel like I can have an intimate relationship... I don’t feel like my body is my own. I can’t look at myself naked in the mirror if I’m getting in and out of the shower...even now, five and a half years later.” 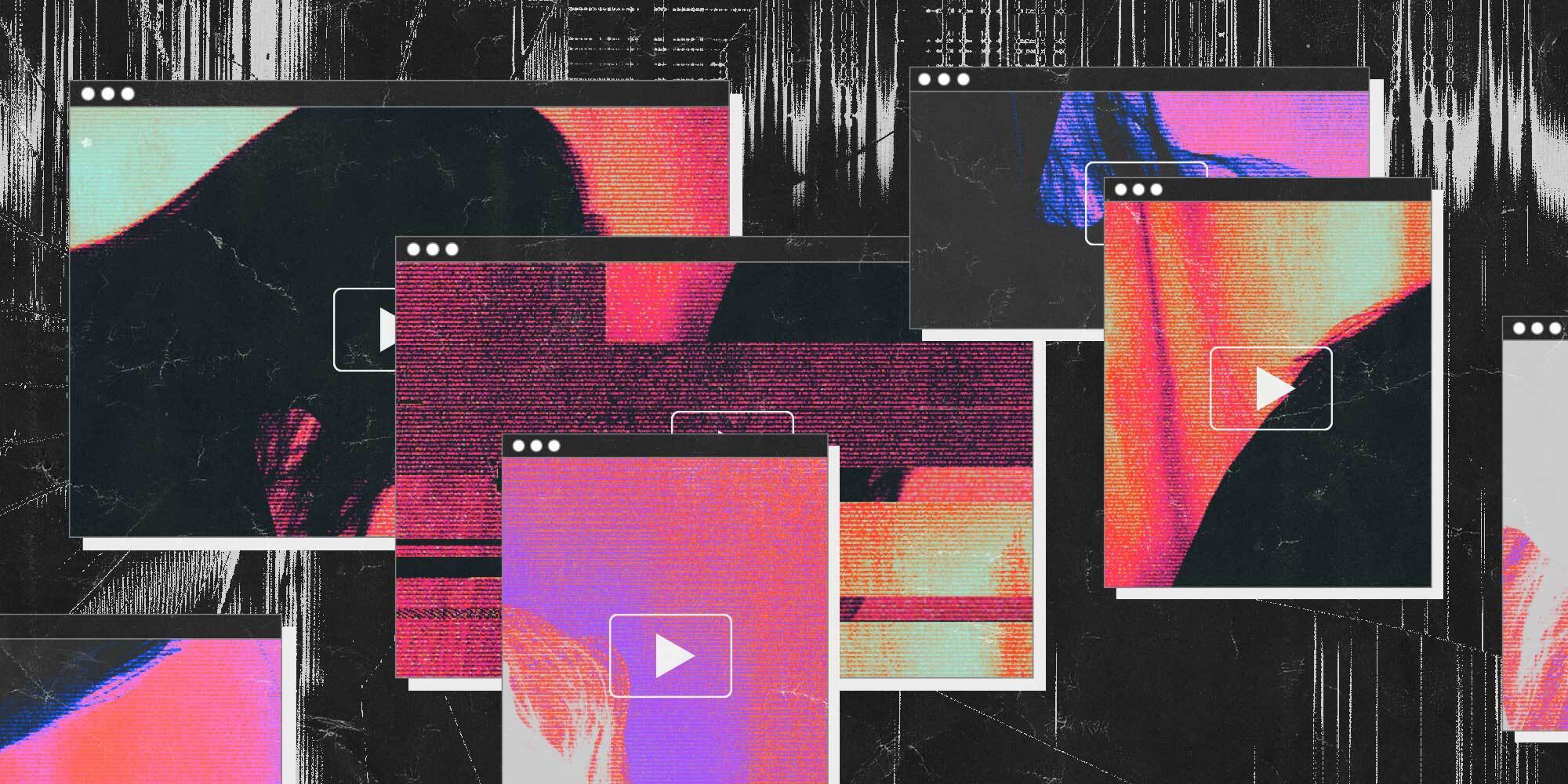 “I do this thing where I Google myself and try and report as many videos as I can, and then I hit a wall or start throwing up. I realize how pointless it is, it is like a drop in the ocean.”

This is a glimpse into the life of Jane Doe, five and a half years after she was sex trafficked by GirlsDoPorn.

The notorious production company lured young women from across the United States to California to film pornography. Some of the women were aware they were participating in an adult film scene, but they were pressured and rushed into signing contracts as well as being lied to about the videos only being distributed on DVDs overseas.

Other women, like Jane Doe, traveled to San Diego for a yoga apparel modeling shoot only to be locked in a hotel room and sexually assaulted on camera.

In an exclusive interview with Jane Doe in 2020, we shared her full story of being trafficked. Here, we are continuing her journey of what it’s like to be a survivor in today’s world.

The life of a survivor

Prior to the assault, Jane was coerced to sign a contract she didn’t have a chance to read and forced to smoke marijuana and take shots of vodka. Her phone was taken from her, and when she tried to run out of the hotel room, the men blocked the door. She was trapped in a room with two men she had barely met and felt so terrified that she was unsure if she would survive the encounter.

Jane Doe still experiences near-daily harassment from the circulation of her GirlsDoPorn video. Recently her cell phone number was leaked on Reddit, and she received graphic images accompanied by messages from men threatening to invade her home and rape her and harm her family.

When Jane meets someone new and they hear her first name, they often comment that it is unique. She says she cringes and internally pleads, “Please don’t Google me.”

“I don’t feel like I can have an intimate relationship,” Jane said. “I don’t feel like my body is my own. I can’t look at myself naked in the mirror if I’m getting in and out of the shower. I put a towel on really quick—even now, five and a half years later.”

Jane says she still gets anxious even to the point of having a panic attack if she is checked out by a man in a public setting. Her mind starts racing, but her first thought is that she has been recognized from the video.

“I still want to change my name,” Jane said. “I’d love to get a nose job or something different. My hair was brown then. I will never have my hair brown again. It will always be blonde now. Not because I like that, just because I want to look different. It’s just something that I know will never go away.”

Most of us somewhat understand that if an image or a video is posted online, it essentially can’t be deleted. No one knows this fact better than the survivors of GirlsDoPorn.

In her own words: Jane Doe’s victim impact statement

In June, Andre Garcia was sentenced to 20 years in prison plus 10 years probation. While Garcia’s punishment does not come close to erasing the pain experienced by the women he harmed, Jane said she felt grateful there was some justice.

“I do feel like we had our day in court, and it was nice to be heard,” she said. “Now I just want to spread awareness and do anything I can to make people know that sex trafficking is a very real thing. It doesn’t just happen in different countries.”

Related: “GirlsDoPorn” Recruiter And Performer Sentenced To 20 Years In Prison For Sex Trafficking

Jane says when she tells people she is a victim of sex trafficking, many ask her what country she was taken to and how long she was held. To Jane, this idea is a little naive, but it is engrained in our general culture’s messaging about sex trafficking.

Jane is an American woman and was sex trafficked within the United States. She didn’t cross country borders, and she wasn’t kidnapped, but the trauma and damage done were severe and long-lasting.

Along with 25 other women, Jane Doe was present at Garcia’s sentencing to read her victim impact statement. Despite all she and the other victims have been through, they found support in each other in that courtroom and through this process.

Prior to Garcia’s sentencing, Jane Doe had recently attempted suicide. During her victim impact statement, she held up her arm to show the judge and the court the sutures on her wrist.

In that moment, confronting Garcia, she felt like she was finally in control.

In her own words, this is Jane Doe’s statement:

“I want to thank all of the incredible women here for their strength and bravery. I feel the heart-wrenching reason we’re here today is impossible to adequately express, but I’m grateful for the opportunity to speak with the hope that no other women are hurt at the hands of this man.

In January 2016, my life changed. I had just turned 22 and had so many dreams for what I wanted my life to be. I wanted to write novels and poetry and was eager to have a family of my own. I taught yoga and was active on social media where I shared uplifting messages and was eager to help others. After San Diego, I was traumatized but I thought that I could hold things together as long as no one in my life ever found out. A few weeks later, my phone started exploding with texts, calls, and graphic images, and then my world collapsed.

I come from a big, conservative family. Their reactions were feelings of intense betrayal and shame. My younger brother was overseas at the time in England, and I had to be hospitalized for the first time after my parents called to tell him. My family didn’t know the truth of what had happened until this trial.

There haven’t been more than two weeks since that day that I haven’t been reminded of the video by some sort of comment from someone in my life, or harassment from strangers in person and online. I’ve had stalkers, a dead cat left on my porch, and fan pages online where personal information and photos were posted of my childhood, my marriage, and pictures of my family including my nieces and nephews. That was the worst part for me. That they were brought into the nightmare.

I couldn’t go grocery shopping or ride on the train and make eye contact with a stranger because I thought that everyone knew this horrible, ugly trauma. Like it was tattooed on my face. I honestly thought the best thing I could do for the people I loved was to end my life.

I’ve struggled with depression, anxiety, suicidal thoughts, and self-harm since. It ruined my relationship with my first and greatest love in Seattle. Later, I was married for two years, and it fell apart because I felt too broken and damaged. This trauma has affected all of my relationships.

There was a time before this when anyone that knew me described me as outgoing, optimistic, and bubbly. I feel like a shell of my former self. It’s difficult to have hope or plans for my future. I still get physically ill when thinking about it too intently. This is not a life I would wish on my worst enemy.

The video doesn’t show the brutality by which I was repeatedly raped over the course of hours. It doesn’t show the bloody sheets I was expected to sleep on or the pleas I made for it to stop. And it is still being reposted. The malicious intent by which it was made is sickening.

Your honor, if I may have permission to address Mr. Garcia.

I can’t undo what you’ve done to me or get the life back that you ruined, but I can hope you never have the chance to do this to another girl.”

Jane’s experience is just one example of sex trafficking. The Trafficking Victims Protection Act (TVPA) defines sex trafficking as a commercial sex act “induced by force, fraud, or coercion.” If you or someone you know has experienced or is currently experiencing sex trafficking, please contact your local authorities or call the National Human Trafficking Hotline at 1 (888) 373-7888, or text the word “HELP” or “INFO” to 233733.