By Fight the New DrugFebruary 19, 2021No Comments 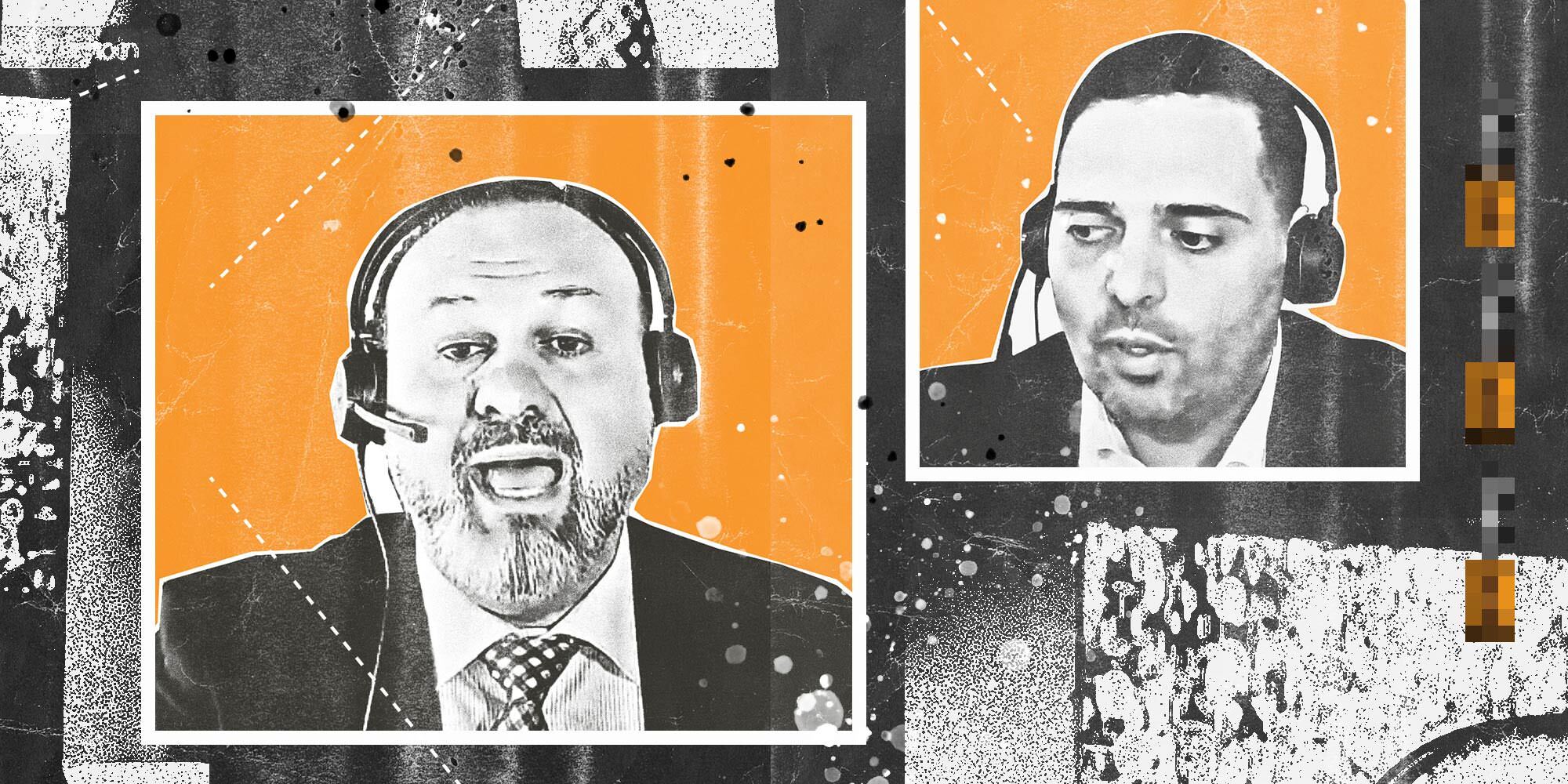 Disclaimer: Fight the New Drug is a non-religious and non-legislative awareness and education organization. Some of the issues discussed in the following article are legislatively-affiliated. Though our organization is non-legislative, we fully support the regulation of already illegal forms of pornography and sexual exploitation, and we support the fight against sex trafficking.

Recently, MindGeek executives came before Canada’s federal ethics committee and answered questions from members of parliament about claims that the company hosts and profits from nonconsensual content and child sexual abuse material (CSAM).

Feras Antoon, CEO of MindGeek Canada, and David Tassillo, Chief Operations Officer, answered questions from Canadian MPs on Friday, February 5th, and stated that they would like to “stand behind what people see on the site,” [source quote] because those are their real words and actions. In the moment, it felt like a condemning phrase for a company being investigated for exactly that: the illegal content found on their sites.

To view the entire transcript of the hearing, click here.

Throughout the long but very eventful Q&A session, Antoon and Tassillo stayed close to their messaging about MindGeek having zero tolerance for nonconsensual content and child sexual abuse material (CSAM). [source quote] That statement and other claims made are concerning and likely mischaracterizations, and so we compiled a list of claims made to the Canadian government that are not completely true.

Here are nine statements made during the session, and our fact-check of them. Note that some of these claims are not verbatim, but summarized in a short statement. To see the transcript source of the claims made during the hearing, click on where it says “[source quote].”

1. Claim: MindGeek does not profit from nonconsensual or underage content. [source quote]

During the hearing, the executives revealed that roughly 50 percent of MindGeek’s revenues come from advertisements on their sites. [source quote] Their claim of not profiting from illicit material would mean there would be no ads positioned on the same page as such videos; however, it has been reported in the past that ads have been present next to abusive content. When pressed, Antoon or Tassillo said they did not know if MindGeek has received money from specific cases of nonconsensual content. [source quote]

Note that, currently, 40 trafficking and exploitation survivors identified as “Jane Doe” filed a lawsuit against MindGeek in December 2020 for allegedly knowingly profiting from images and videos of their sex trafficking nightmares and failing to properly moderate MindGeek-owned sites for the abusive videos.

It can be reasoned that with each video upload, the site will likely profit because it increases the number of pages where ads can be run. [source quote]

The posting of CSAM or sharing nonconsensual content is made worse by downloads and reuploads. A single post quickly becomes a nightmarish game of whack-a-mole, and victims spend hours submitting take down requests only to see the same image reposted later.

When asked about content reviewing, Tassillo said, “I can guarantee you that every piece of content, before it’s actually made available on the website, goes through several different filters… The way we do it, irrespective of the amount of content, is that the content will not go live unless a human moderator views it. I want to assure the panel of that.” [source quote] [source quote]

This is a seemingly impossible feat, and the math just doesn’t add up. From the hearing, we know MindGeek employs 1,800 people, [source quote] but we don’t know how many are human moderators. It doesn’t seem like the number was clarified in the hearing. Kristof’s NYT article suggested 80, and others have unofficially estimated much less. For this exercise, let’s be generous and say there are 80 moderators (or “compliance agents” as MindGeek calls them [source quote]) working 40 hours a week for 52 weeks of the year. This would be 166,400 hours of work time dedicated to reviewing content for all moderators, or 2,080 working hours available per moderator every year.

Tassillo agreed during the hearing that when you put it into “linear math,” reviewing every video sounds impossible, but he still claims they manage to do it. [source quote] He explained that there are different “buckets” of content, so when content from professional studios in the US is uploaded, MindGeek’s moderators don’t have to review the video as carefully [source quote] because it has been vetted during production. But note that abuse and nonconsensual activity still happen on mainstream studio sets.

To further emphasize how seemingly unlikely this claim is that every piece of content is allegedly reviewed, Pornhub’s own terms of service, updated on December 8th, 2020, states: “Although we sometimes review Content submitted or contributed by users, we are not obligated to do so.” Emphasis on the sometimes.

To assure MPs that Pornhub’s human moderation is effective, Tassillo said they train their moderators to reject content if they have any doubt about whether it is underage, nonconsensual, or in any other way inappropriate. [source quote] This is directly contrary to a quote from one former MindGeek employee, who said the goal is to “let as much content as possible go through.”

Also, if the claims that the moderators “err on the side of caution” are true, wouldn’t that be admitting direct culpability for letting CSAM through? [source quote]

7. Claim: MindGeek is a leader among social media and adult platforms in preventing and removing nonconsensual material. [source quote]

We do not yet know how many reports MindGeek made in 2020, and MindGeek officials could not confirm that any reports were made in 2019, [source quote] but we do know that a big number would suggest they are making genuine efforts to report content. For example, Facebook made over 15 million reports to NCMEC in 2019. This is by far the largest number of reports from a tech company, which does not necessarily mean there is more abusive content on Facebook than Twitter, as an example, but that they are likely doing a better job at identifying and reporting.

A member of the Ethics Committee said that his research indicated that MindGeek made no reports to NCMEC in 2019. [source quote] If they’re such a leader among adult platforms, why couldn’t and didn’t the MindGeek representatives clearly say how many reports of CSAM were made to NCMEC in any year, including 2019, or 2020? [source quote]

At the hearing on February 5th, Antoon said, MindGeek “should have zero child sexual abuse material on our websites.” [source quote]

Prior to December 2020, CSAM was, unfortunately, findable on MindGeek sites according to our research and according to Kristof’s New York Times article. MindGeek asserts this claim of “zero CSAM” so boldly and confidently likely because of the drastic steps they’ve only very recently taken, one being suspending content uploaded by unverified users. By suspending all content by unverified users, MindGeek likely removed most of this material, but it reportedly cannot be guaranteed they removed all of it. Consider the case of a verified Pornhub account uploading almost 60 videos of an underage sex trafficked teen from Florida. Also, consider how experts have claimed that it is unlikely that sites that accept user-uploaded content—even if they are verified users—have been able to completely prevent or eradicate CSAM.

Even still, they cannot support this claim completely because of the lack of other steps they’ve taken to close the loopholes in their system. Consider the other pieces of information revealed in this hearing: they do not automatically check the secondary ID of a performer in a video, [source quote] only the uploader, and it is reportedly impossible for their moderation team to carefully review every single piece of content on the site though they maintain they manage it. [source quote] Those two factors alone make this claim of MindGeek’s difficult to support.

In addition to that, it has been documented that site users will not necessarily immediately report CSAM wherever it is on the site. Here are two prominent, widely reported-on and separate examples of this: by the time underage abuse survivors Serena Fleites and Rose Kalemba‘s nonconsensually uploaded CSAM were removed from Pornhub at their pleas, videos of their violations had reportedly amassed hundreds of thousands of views, each. If the moderation team does not catch every piece of CSAM, and site users cannot be relied upon to report it, the claim that there is “zero child sexual abuse material (CSAM)” on any MindGeek site rings hollow.

There were allegedly outright false statements, and then there were reportedly lies of omission by the MindGeek executives during the meeting. They appeared to arrive with little preparation or documentation, being unable to quote key facts about how the business operates and how they respond to victims. [source quote] Antoon and Tassillo said their inability to accurately respond does not mean MindGeek does not have the information, but that they simply could not recall “from the tops of their heads.” [source quote] [source quote] [source quote]

Here are a few statements made about claims of CSAM that are very basic facts about the site, or widely publicized issues that they claimed to have no knowledge of.

2. MindGeek claims they are not aware of how many victims have submitted content removal requests for nonconsensual content in any given year, specifically 2019 or 2020. [source quote]

5. MindGeek claims their content uploading system is sophisticated and thorough enough to prevent CSAM from appearing on their sites, [source quote] [source quote] but there are clear, significant, demonstrable gaps in the process as we mentioned. Specifically, MindGeek only requires identification for the verified account user, not a secondary performer in an uploaded video. [source quote] This is problematic as seen in the case of a trafficked teen who was discovered in videos on Pornhub that were uploaded by a verified user. [source quote] [source quote] According to MindGeek’s current, updated process, they would not request the identification of the secondary performer or confirm consent unless there was reason to believe they are under duress or underage, [source quote] meaning the same kind of abuse experienced by that teen could possibly happen again.

While MindGeek has made dramatic changes since facing the wave of criticism that began in the last month of 2020 it remains clear from the executives’ statements that the company is apparently unwilling to accept responsibility for the part they played in many abuses that have severely impacted the lives of victims.

While this may have been said to deflect anger directed at MindGeek, it serves as a reminder to the rest of us that there are other sites in the adult industry with fewer restrictions and even less media attention. While we must hold MindGeek accountable, the work to stop abusive content from spreading online is far from over. This is only the beginning.