By Fight the New DrugJanuary 27, 2020No Comments

Scenes are usually set in a dingy, poorly-lit basement office. The storylines are often the same: someone (typically a woman) enters to interview for an acting position—like a movie, modeling gig, or adult film. The video producer makes it very clear to the viewer that the job doesn’t exist.

The performer or “potential model” sits on the infamous black leather couch across from her “interviewer,” where he eventually coerces her to have sex (read: he rapes her) to make sure she’s fit for the job, or in exchange for a job that, again, the viewer knows doesn’t exist.

Most casting couch videos include a hidden camera piece—meaning the person doesn’t know he/she is being filmed.

This idea that many performers are naive and taken advantage of in the industry is this genre’s very selling point.

Outside of a pornographic context, this exploitation happens often in Hollywood itself. For decades, influential producers have offered ambitious actors or actresses a role in exchange for sexual favors—whether explicit or implied. Men and women have also endured this type of abuse in a variety of different ways while on the job in the entertainment industry.

The #MeToo movement has brought many of these instances of abuse to light.

As a recap, Tarana Burke launched the #MeToo movement over a decade ago in an effort to aid underprivileged women of color who suffered sexual abuse in areas where rape crisis centers and sexual assault workers weren’t present. She told CNN, “On one side, it’s a bold declarative statement that ‘I’m not ashamed’ and ‘I’m not alone.’ On the other side, it’s a statement from survivor to survivor that says ‘I see you, I hear you, I understand you and I’m here for you.'”

The movement became mainstream in 2017 when an actress tweeted the phrase following the start of an investigation into decades of sexual abuse allegations against Hollywood producer Harvey Weinstein. 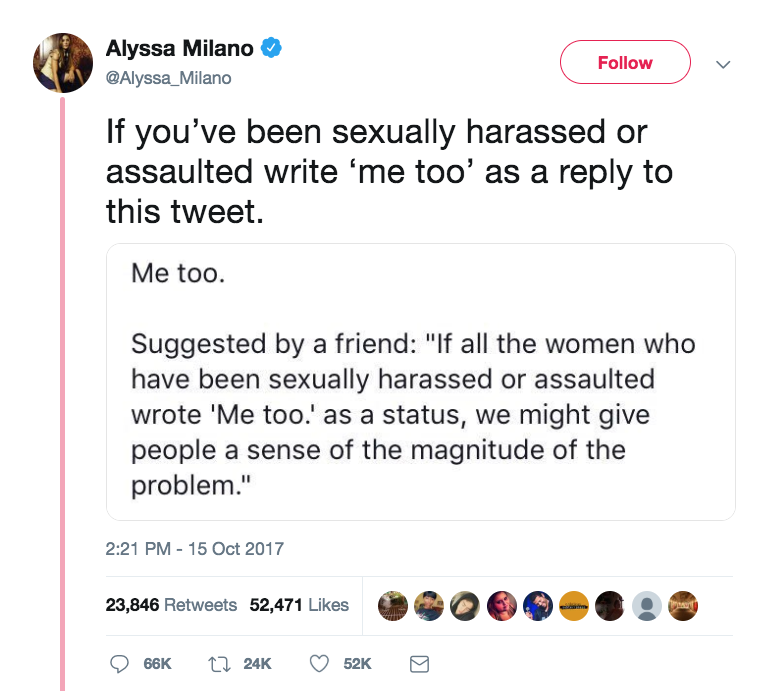 Within hours, #MeToo went viral on social media as millions of people across the world shared their own accounts of sexual assault.

We’d venture a guess that the role of the #MeToo movement in associating faces and firsthand accounts with this type of exploitation has something to do with its popularity decline.

The success #MeToo has brought to the movement

Think about this: why is fantasizing about vulnerable individuals and their abuse popular? It’s taboo, it’s off-limits, and pornographers will take any chance to obscenely exploit easy targets and normalize real-world sexual harassment and assault if it earns views and clicks, no matter the cost.