Cover image by Getty. 4 minute read. “I did not expect to be treated like a piece of meat,” cam girl model Jenny Blighe said, referring to...

By Fight the New DrugSeptember 20, 2018No Comments 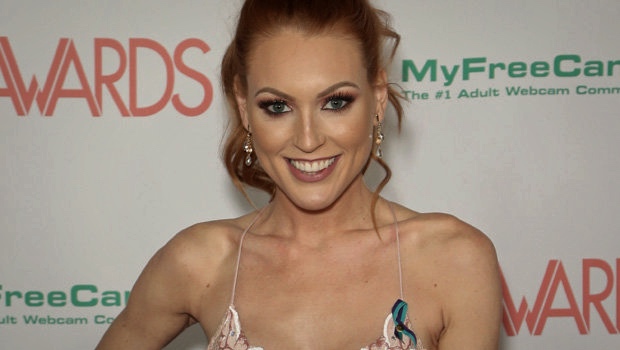 In a recent story for the New York Post, Blighe described how what was supposed to be her “big break” in the industry quickly turned into horror story.

Blighe was cast by Evil Angel for “Cam Girls: The Movie” alongside fellow cam girl Ginger Banks and male performer Manuel Ferrara. Prior to the shoot Chris Gentile, vice president of product for Evil Angel, texted Blighe that her scenes would be “fairly vanilla,” but according to Blighe, what actually happened when she arrived on set was far from it.

Ferrara bit Blighe’s shoulder, arms, and back leaving teeth marks and bruises. He put his hand over her mouth and grabbed her throat. In the scene, her face turns red and it’s unclear whether she is able to breathe. Later Blighe said when Ferrara choked her she was “barely conscious and almost passed out numerous times.”

“I tried to stop the scene but [the director] told me I was ruining the flow and to just put my head back in the frame,” Blighe stated. “I felt helpless. All my nightmares about filming a pro boy/girl scene were coming true.”

It didn’t stop there…

As if things couldn’t get worse, in a later scene scripted for only herself and Ginger Banks, both performer’s were groped by film director and owner of Evil Angel, John Stagliano. Prior to shooting, both women spoke with Chris Gentile and were assured Stagliano would not touch them while he was directing.

Less than 30 seconds in, Stagliano starts touching Banks’ backside. He grabs Blighe’s breast. There are a few more instances of touching. Keep in mind, both women were contracted specifically for a girl/girl scene and caught on film there is a man’s hand groping them.

“When John started touching me, I felt extremely uncomfortable,” Blighe said. “This was my first pro shoot with a major studio. John owns Evil Angel and I felt pressured to just go along.”

Ginger Banks agreed, saying, “Our consent was violated.” But she also expressed the belief that Stagliano wouldn’t have acted that way if he’d been informed about the women’s request and promise from Chris Gentile.

And yet, when Blighe and Banks confronted Gentile after the shoot about the director/owner’s actions, Banks said, “He simply shook his head, grinning as if to say, ‘Oh Stagliano, at it again!’”

In what other industry would this be seen as an acceptable, funny situation?

Getting away with it

If consent had been given to film under specific circumstances and performers were assured they would be treated in a way they were comfortable with, was the information not passed along? Was this a case of innocent miscommunication, or is it an issue of tricking a performer when there was never any intention of keeping the “vanilla” contract? Or could it have been a lie to get a genuine surprised reaction on camera?

We can’t know. But Blighe, who now says she’ll never perform in another pro film, isn’t getting any answers either.

In response to the cam girl’s claims, CFO Adam Grayson from Evil Angel released a statement: “Anybody who has been around the business knows how Evil Angel conducts itself both on and off set. With ‘Cam Girls: The Movie,’ like everything we have done for the last 29+ years, we did our best to make sure all participants felt good about the work they did.”

We know this is a jarring and disturbing situation. You may be asking, “Why give so much disturbing detail about what happened, FTND?”