In a world where sexual objectification and violence sell, it can be difficult to see what media is doing to our perception of those around us.

For example, because of the normalization of sexual exploitation in hardcore pornography, which is largely women being abused at the hands of aggressive men, it can be so easy to fall into the trap of thinking that all men enjoy hurting others. And not only that, but it can be easy to think that for them, it’s sexually exciting for them to intentionally hurt their sexual partner(s).

Related: What If We Told You That Something Widely Accepted In Society Actually Degrades Women?

(For the female-focused version of this article, click here.)

1. It shows men as aggressive and abusive.

And these violent videos get a free pass to exist because it’s a “fantasy” and not actually real. But does packaging this otherwise criminal behavior as fantasy really make it any healthier?

This male enhancement medication comes in the form of pills or even injections. He goes on to explain that many of these men develop a tolerance for these drugs and can no longer achieve an erection naturally, without them. And this is the industry standard.

Some performers develop a tolerance for medications that cure these STD’s and have difficulty ever getting rid of them. Their frequent sexual activity with so many partners also increases their risk of getting human immunodeficiency virus (HIV).

3. It alters self-image for men.

Our society today has completely unrealistic expectations of what the “ideal” human body should look like. According to these standards of perfection, men are supposed to be incredibly muscular, defined, tall, and well-endowed. Manly men are supposed to have a perfectly quaffed man bun with a perfectly groomed beard. The masculine ideal has become warped and exaggerated to the point of dramatically increasing body dissatisfaction.

And get this: 40% of men with average-sized penises go to the urologists’ office seeking penis enlargement surgeries thinking they are too small.

“A huge problem with pornography is that, although most guys intuitively know it’s not ‘real,’ few men have any other frame of reference to compare themselves to… Unless a straight guy happens to be a urologist like me, he really has a very limited understanding of the pageantry of the penis in all its various shapes and sizes.”

And let’s be real. Male performers usually have larger than average penises to begin with, and most of them have to take pills and even get frequent injections in order to maintain erections for hours on end. See how this can affect the way men see themselves, and can affect their confidence and comfort in their own sexuality?

Looking at fake things for so long can make us dissatisfied with reality, both in our partners and in ourselves. Watching unrealistic bodies doing unrealistic things can make men view themselves negatively. And how is that healthy for anyone?

4. It negatively affects their relationships.

A study showed that men’s behavior toward women changed after watching degrading sexual films. Men generally demonstrated more aggression and dominance toward with women, without showing any anxiety about how they were treating others.

It’s a fact that not everyone who consumes pornography will become addicted to it, but it’s scientifically possible for anyone to get hooked on pornography.

Addiction is a serious disease that will negatively impact most aspects of the addicted person’s life. Your dependence on the substance you are addicted to becomes more important than your schooling, your career, your relationships, and in extreme cases more than food or water.

There is also the fact that pornography is has been known to produce porn-induced erectile dysfunction (PIED) and porn-induced abnormally low libido. Because they have been led to more extreme pornography, they are no longer excited by ordinary sexual activity. While not life-threatening, PIED can cause serious problems in relationships and personal life.

From the time they’re 11 or 12, young boys (and girls) are often exposed to the most hardcore, demeaning, humiliation-focused pornography available. They don’t know that it’s fake, or that it’s for “entertainment.”

And while this is all true, this is not what pornography shows the world. 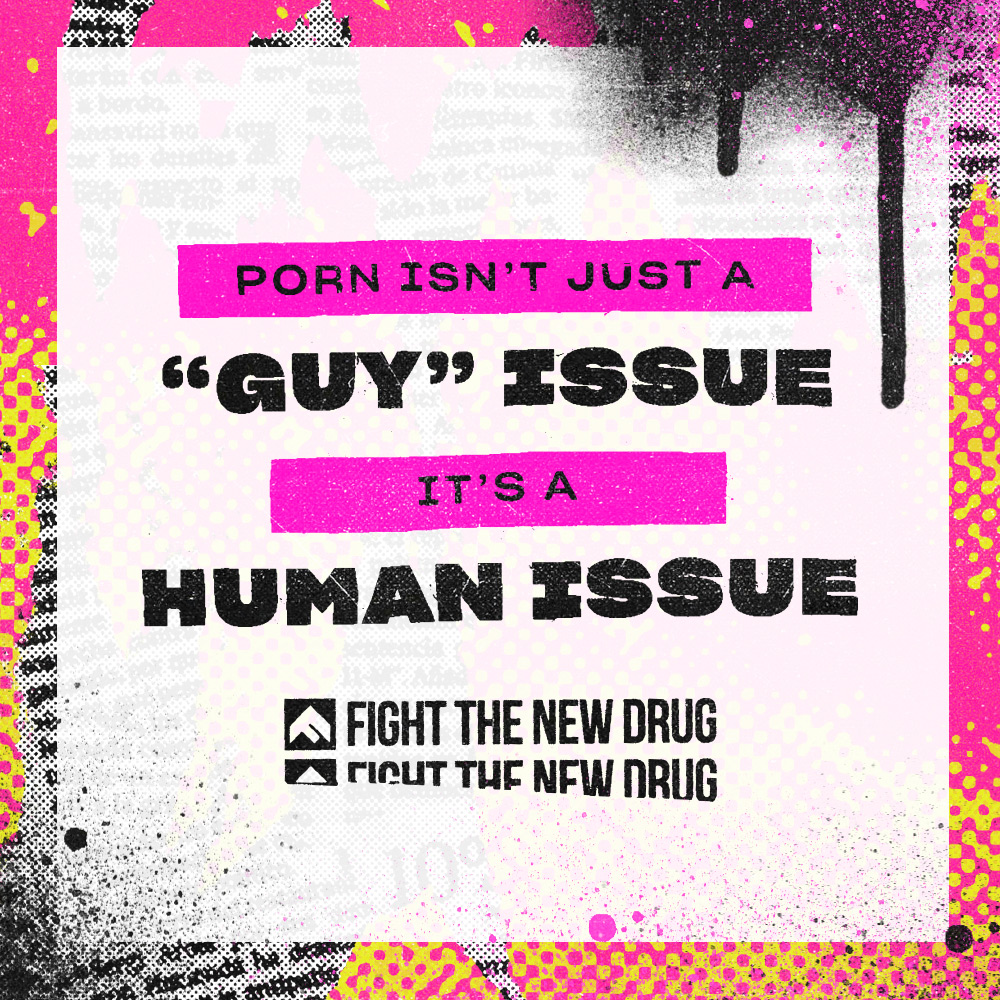