As our collective society aims to fight against women’s victimization, it also defends an industry that victimizes women on an unimaginable scale.

By Fight the New DrugFebruary 17, 2022No Comments

FTND note: It’s important to note that men can be victims of exploitation, trafficking, abuse, and degradation, too. We’ll be focusing on women for the intent of this post.

Sexual exploitation and violence seem to be both more unacceptable and acceptable than ever in our culture. Here’s what we mean.

Since the start of the #MeToo movement in 2017, much of society has vowed to call out the degradation and victimization of women wherever it happens. This means many have committed to do the work of breaking down cultural tropes and systems that have historically exploited women or restricted exploited women from speaking out.

Thankfully, victims of abuse are finding more access to tell their stories and expose abuse where it happens. And, probably most crucial of all, many people in power have taken strides to listen to women who have been abused, assaulted, and exploited.

With this positive trend gaining momentum in our culture—and the upcoming generation adopting the cause with dedication—part of our collective duty becomes identifying and addressing factors that still contribute to the victimization and sexual exploitation of women. But here’s where the blind spots are.

Video after video of people being treated roughly, physically assaulted, verbally demeaned, and even raped reveals the unsettling reality of porn-induced pleasure. Statistically, these people are often women.

And in some cases, it this normalized violence can transfer to the real world.

It’s become clear that in a society that strives to give abuse survivors a voice, it is contradictory to support an industry that simultaneously and unapologetically normalizes and fetishes nonconsensual and abusive situations people speak out about every day.

It won’t be easy to change the culture that surrounds us, but it is important that we do. Standing against violence toward women and girls means standing against their sexual exploitation and the normalization of their abuse. 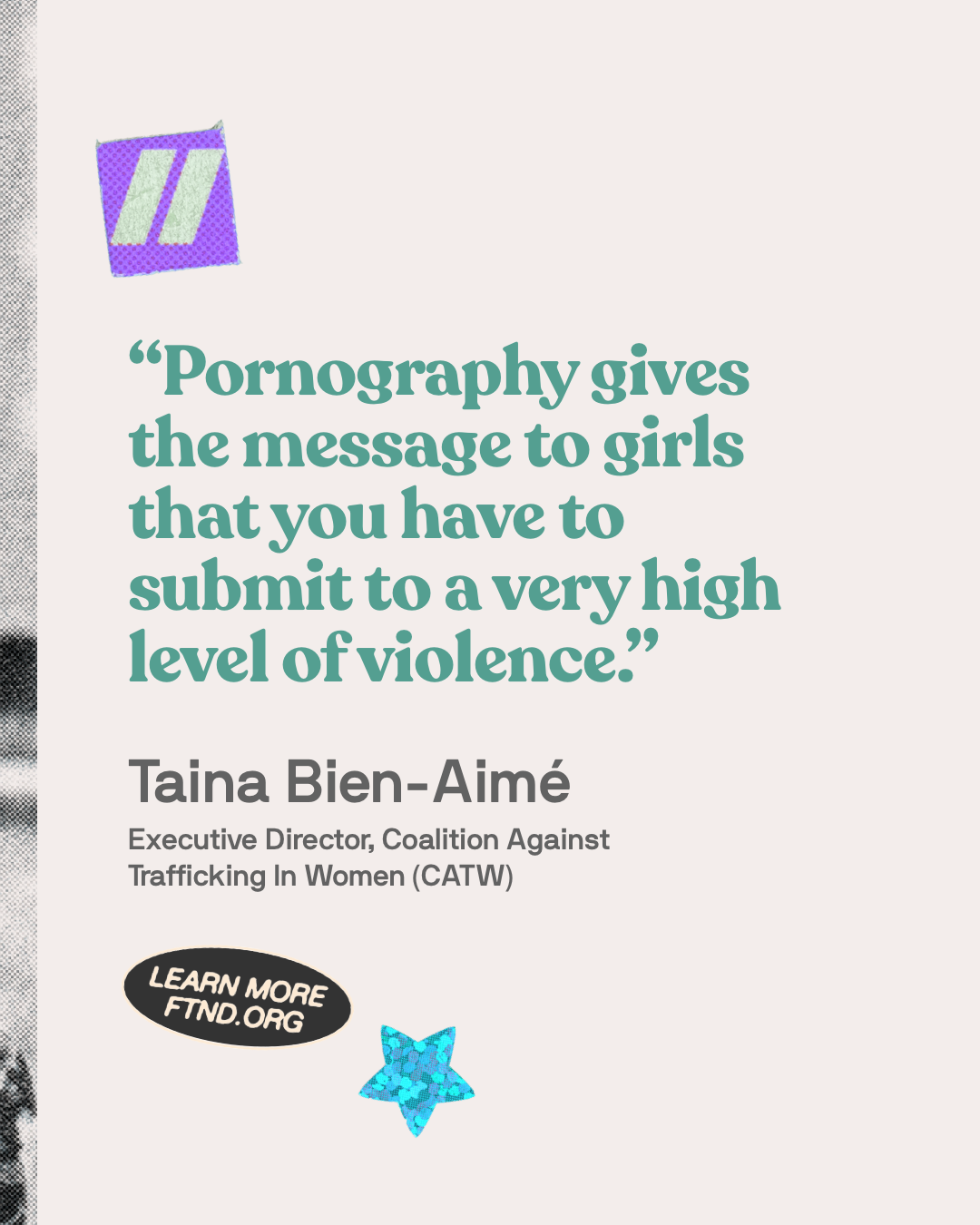