1.9Kshares Hey there. I just wanted to reach out and see if my story might be of use for your platform. I’m not sure how to best…

By Fight the New DrugApril 1, 2020No Comments

Hey there. I just wanted to reach out and see if my story might be of use for your platform. I’m not sure how to best start out.

I’ve been following FTND for many years now, but recently was encouraged to open up more and not be afraid to talk about something that I’m rather passionate about.

During these times, he told me no matter how pretty I thought I was, how much my future boyfriends told me they thought I was beautiful, that I would never compare the women on the screen. I could do everything in my power to please my partner, but I would never be enough. The first time happened over several hours.

Healing from the initial abuse and trauma

After finally making my way to the police, obtaining a restraining order and sending his boy away, I started rehabilitation with counselors, therapists and taking sex education classes for many years, trying to regain my sexuality.

I discovered I developed PTSD, because nudity in movies, or certain noises, would trigger me. I also developed BDD, or Body Dysmorphic Disorder, where I constantly worry if I looked okay. I look at the other girls around me and wonder why they’re so beautiful, while I would pick apart everything I hated about my body.

Fast forward to when I was 18 years old, and I decided I was ready to date again.

I decided to try watching it with him a few times to see if it would make me more desirable to him—which only resulted in triggering my PTSD and making the situation worse, and ultimately our relationship started to flounder.

We ended up divorcing right at our third year of marriage… a total of 11 years together. After that experience, I had decided to focus on myself.

Afraid to jump into love again

A few months later, most unexpectedly, I started talking to a guy who but all redefined what a relationship should be.

He was thoughtful, a great communicator, hard-working and we shared the same love of laughter and family. I was rather cautious at first—by rights, I had full reasons to be. Because of my past, I doubted if I was ever capable of having a normal relationship.

My first instinct was to break it off immediately because nothing good can come from this. I was plagued with what to do. I was so mad at myself for putting myself in this situation again.

But once again, I took a step back… I looked at what we had built together in this relationship and decided it’s always worth a chance to talk about it.

I gathered up information, took a breath in, and talked to him.

The talk of a lifetime

I was awkward, fumbling over my words as I tried to express my concern to him.

He listened to me. Intently. Asking the occasional question.

And he quit cold turkey that day.

Three weeks later, he opens up to me saying how grateful he is because he noticed almost an immediate response to how much better he feels. He sleeps better at night. He feels more focused. And our sex has gotten so much more intimate and intense.

Yes, my PTSD and BDD get the best of me some days. But we have full open communication of how we are feeling.

Never give up fighting for your love and being kind

Please, never quit trying. Even when you are met with resistance or ignorance, be kind and patient. I have had a few awkward moments with friends when they notice my #PornKillsLove sticker on my phone case… they ask how I’m not embarrassed by it. I simply say, “I only want to spread love and awareness.” 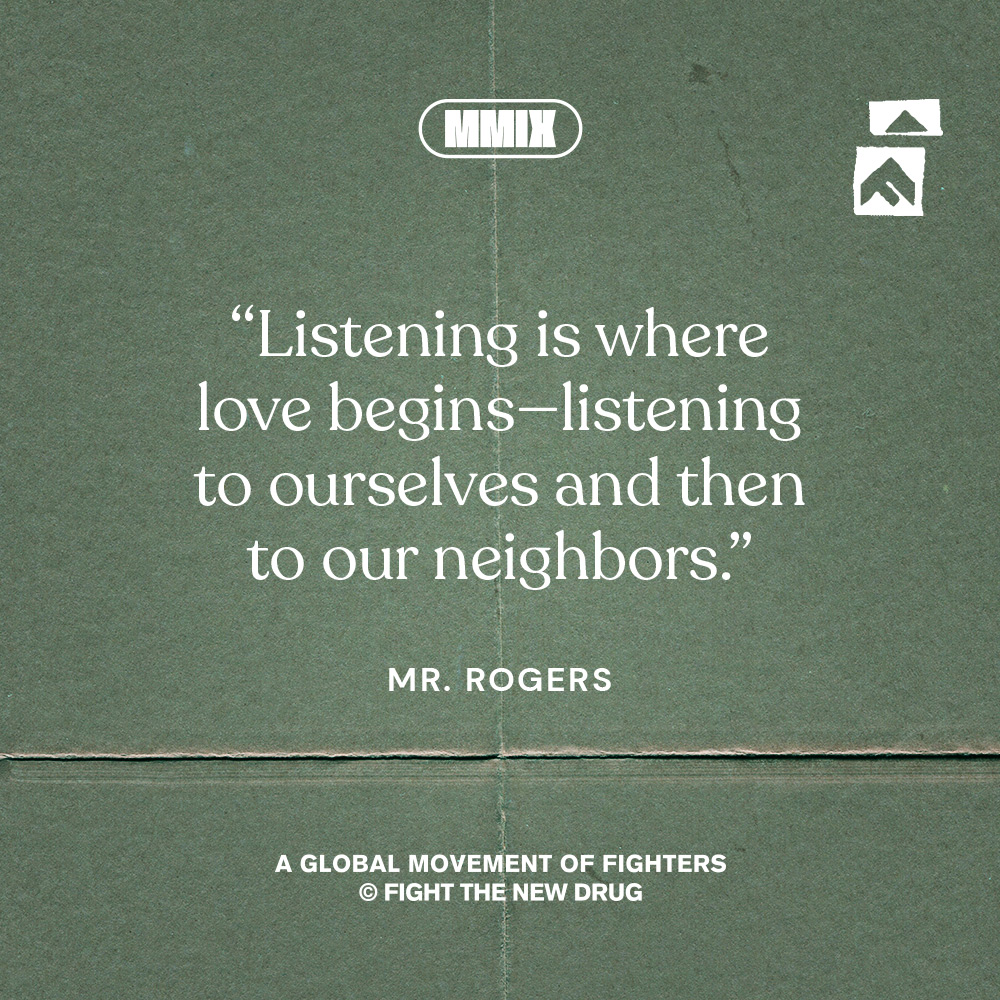 Meet Annie, Fight the New Drug’s 2019 Fighter of the Year

Meet Annie, Fight the New Drug’s 2019 Fighter of the Year