It’s one of the more debated questions when it comes to pornography:

There are few things that will tear apart a relationship as much as snooping around and keeping secrets. And when that secret is that one half of the relationship is watching other people have sex and imagining themselves being with those other people, isn’t it reasonable to see how the other half in the relationship would feel cheated on by that?

After all, sex can be one of the better parts of being in a committed relationship. It can connect partners and provide a way to express the deepest emotions of love and intimacy. Right?

Perhaps we’ve heard or made the excuses: Nobody gets hurt. It only has to do with me. This is my personal, me-time thing.

More food for thought: if a partner in the relationship is actively fantasizing about, and getting turned on by, the naked bodies of countless others, how does that add to the close bond and intimate connection in an exclusive relationship?

We don’t know your definition of cheating, but when a person is sexually bonding to something other than their own partner, that sounds a lot like cheating to us.

Love, sex, and intimacy are things that are best shared with no one (and nothing) else but your partner. 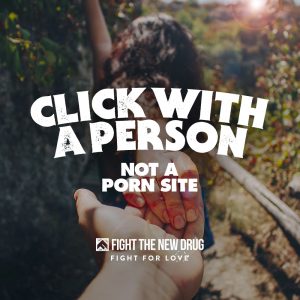 Add your voice to this conversation by spreading facts. SHARE this article to help raise awareness on the harmful effects of pornography.