If you hate the idea of sex trafficking, if it is shocking and horrible to you, then consider what millions of people consume around the world every day.

By Fight the New DrugJanuary 5, 2021No Comments

When discussing sex trafficking, there are three things that are not up for debate. Sex trafficking is a dehumanizing crime, it needs to end, and to make it stop permanently we need to fight the demand.

Easier said than done, right? Human trafficking, child exploitation, and women’s organizations regularly campaign to stop the demand with perhaps the most famous slogan being #RealMenDontBuyGirls (an unintentionally shaming phrase, we might add). Awareness is raised, minds are changed, but trafficking increases.

We agree. To assume this exploitative behavior is human nature is an injustice to men. So how does a sex buyer get to the point where he can justify buying a teenage girl whether he’s traveling to Thailand or 20 minutes from his house in the suburbs?

What is sex trafficking?

The Trafficking Victims Protection Act of 2000 was a major move in US legislation that identified different forms of human trafficking, set harsh criminal penalties for offenders, and provided support for victims. It defines sex trafficking as a situation in which “a commercial sex act is induced by force, fraud, or coercion, or in which the person induced to perform such act has not attained 18 years of age.”

This definition allows for many different sex trafficking scenarios that may not get as much news coverage to be prosecuted. Those unfamiliar with this issue, may imagine the Hollywood situations, such as a girl or boy kidnapped in a foreign country, chained and forced into prostitution. Or boys and girls from a foreign country smuggled into the US and similarly abused.

These stories do exist. They are real, but they aren’t the only scenarios.

Sex trafficking isn’t just some foreign country’s problem. It is every country’s problem. For example, one very real and common way teenage girls in western countries are trafficked is through what is called the “boyfriend” method, in which the girl is groomed to believe she is in a loving and trusting relationship with a man who abuses her and sells her for sex.

Sex trafficking is truly a global problem, one we cannot afford to assume does not exist in our home cities.

Because of the variety of circumstances in which sex trafficking occurs, there are many contributing causes subject to differences in cultures, economies, political influences, and legislation to name a few. For example, Europe has seen a rise in sex trafficking of refugees whereas the child sex trafficking industry has grown in the Philippines.

Sometimes, they’re one in the same

Most of these locations aren’t a surprise, but pornography?

“Every time someone watches that film,” she said, “They are watching me being raped.”

Consider all the facts before consuming

There is no easy call to action to end sex trafficking. Tackling this industry would need the full help of governments all over the world to enforce laws and protect the vulnerable, just to get started.

How do you kill an industry? If no one wants to buy a product, then it doesn’t sell. Stopping the demand for sex trafficking starts with each one of us. If you hate the idea of sex trafficking, if it is shocking and horrible to you, then consider what millions of people consume around the world every day.

Was that so-called “sex-positive” video completely consensual and exploitation-free? What do those violent images of sex suggest or normalize, including in the trafficking world? Do those videos encourage objectification and sexualization of teen girls and minor exploitation? 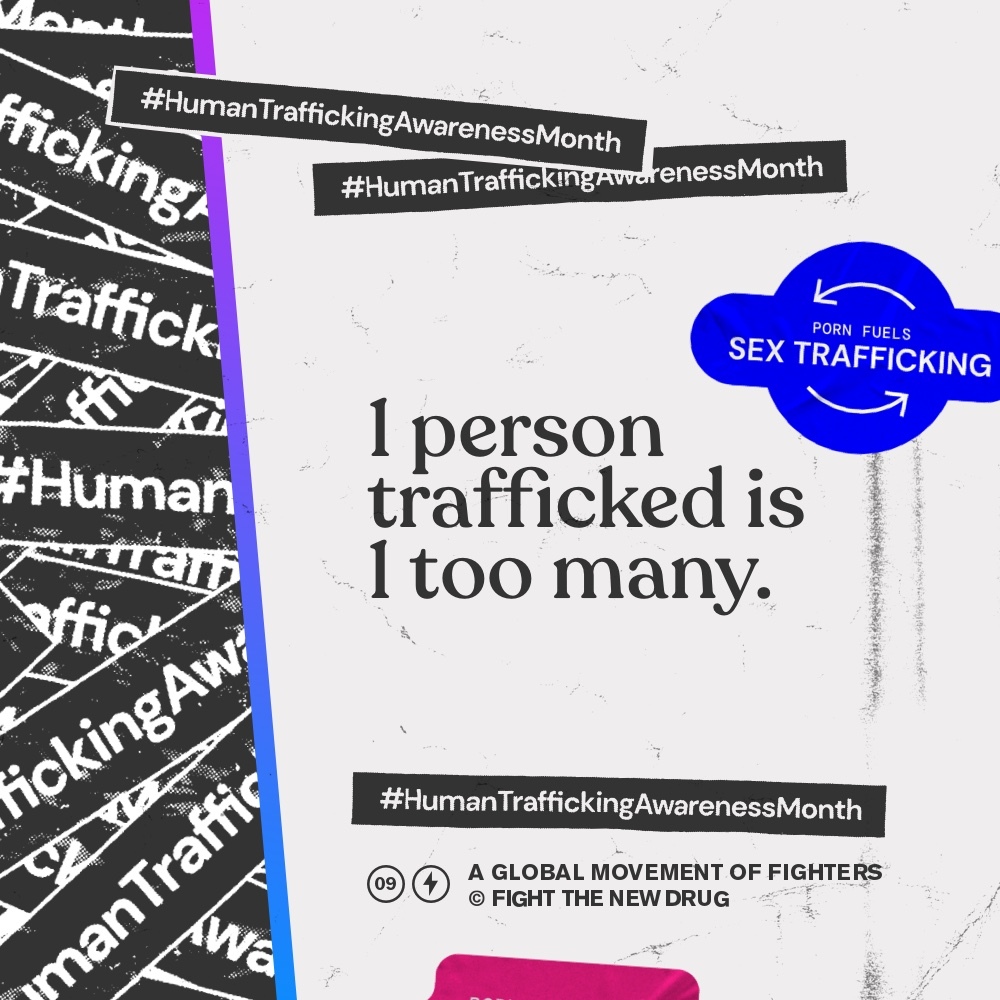