What if we told you something normalized in our digitally-driven society is also driving the normalization of rape and sexual violence?

By Fight the New DrugFebruary 28, 2021No Comments

For the average consumer, it’s the go-to entertainment when boredom hits, the default for education about sex when there are questions or curiosities, or the quick fix for when feelings of loneliness strike.

But what if we told you something so accepted and so normalized in our digitally-driven society is also driving the acceptance and normalization of harmful behaviors, like rape and sexual violence?

Just check out these tweets:

“Rape culture” is defined as a “sociological concept for a setting in which rape is pervasive and normalized due to societal attitudes about gender and sexuality. Behaviors commonly associated with rape culture include victim blaming, sexual objectification, trivializing rape, denial of widespread rape, refusing to acknowledge the harm caused by sexual violence, or some combination of these.”

Victim-blaming, which is a large part of rape myth acceptance, happens when people say a victim was “asking for it” or focus on what the victim should have done differently to avoid being abuse, rather than focusing on what the perpetrator should have done differently to avoid abusing. Likely due to the normalization of rape and sexual violence in pornography, research indicates that porn consumers are significantly more likely to endorse rape myths and victim-blame survivors of sexual violence.Foubert, J. D., Brosi, M. W., & Bannon, R. S. (2011). Pornography viewing among fraternity men: Effects on bystander intervention, rape myth acceptance and behavioral intent to commit sexual assault.18(4), 212-231. doi:10.1080/10720162.2011.625552Copy Foubert, J. D., & Bridges, A. J. (2017). What Is the Attraction? Pornography Use Motives in Relation to Bystander Intervention. Journal of Interpersonal Violence, 32(20), 3071–3089. https://doi.org/10.1177/0886260515596538Copy

In one study of fraternity men, those who consumed mainstream pornography expressed a greater intent to commit rape if they knew they would not be caught than those who did not consume pornography.Foubert, J. D., Brosi, M. W., & Bannon, R. S. (2011). Pornography viewing among fraternity men: Effects on bystander intervention, rape myth acceptance and behavioral intent to commit sexual assault.18(4), 212-231. doi:10.1080/10720162.2011.625552Copy

In other words, there was no type of pornography that did not result in a greater intent to commit rape by a user if they knew they would not be caught.

According to Dr. Robert Jensen of the University of Texas, in his paper “Pornography and Sexual Violence”, pornography facilitates toxic rape culture: “My own studies and reviews of other examinations of content suggest there are a few basic themes in pornography: (1) All women at all times want sex from all men, (2) women enjoy all the sexual acts that men perform or demand, and, (3) any woman who does not at first realize this can be easily turned with a little force, though force is rarely necessary because most of the women in pornography are the imagined nymphomaniacs about whom many men fantasize.”

Despite claims that pornography decreases rates of sexual violence, dozens and dozens of studies actually show the opposite. For example, a 2015 meta-analysis of 22 studies from seven countries found that internationally the consumption of pornography was significantly associated with increases in actual acts of sexual aggression, among males and females alike.Wright, P. J., Tokunaga, R. S., & Kraus, A. (2016). A meta-analysis of pornography consumption and actual acts of sexual aggression in general population studies. Journal of Communication, 66(1), 183-205. doi:https://doi.org/10.1111/jcom.12201Copy

Sexual objectification occurs when people perceive others as sex objects, rather than complex human beings deserving of dignity and respect.

With so many people consuming pornography, is it any wonder that many are developing attitudes of sexual entitlement and objectification?Mikorski, R., & Szymanski, D. M. (2017). Masculine norms, peer group, pornography, Facebook, and men’s sexual objectification of women. Psychology of Men & Masculinity, 18(4), 257-267. doi:10.1037/men0000058Copy

In one recent news report of the domestic violence crisis in Australia, Director of the Gold Coast Centre Against Sexual Violence Di McLeod said this: “What research is finding and what we are seeing at our centre is that pornography is clearly influencing sexual expectations and practices between intimate partners, so that the correlation between pornography, rape, and domestic violence can no longer be ignored.”

According to qualitative research on domestic violence, victims of intimate-partner abuse regularly report that their abusers consumed pornography, with more than half of interviewees reporting that pornography was directly involved in their sexual assaults. DeKeseredy, W. S., & Hall-Sanchez, A. (2017). Adult Pornography and Violence Against Women in the Heartland: Results From a Rural Southeast Ohio Study. Violence Against Women, 23(7), 830–849. https://doi.org/10.1177/1077801216648795Copy

What can we do? 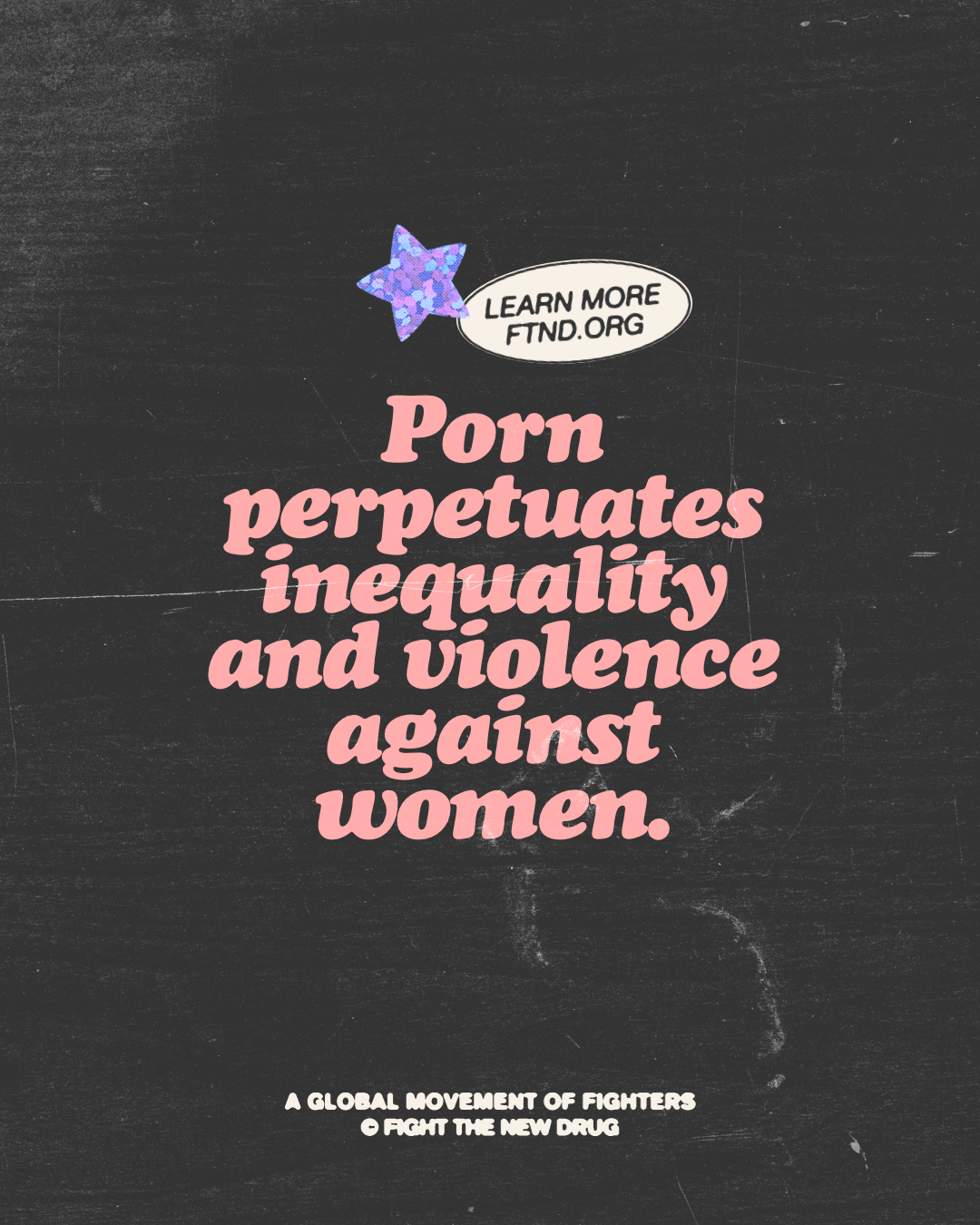