Did You Know Men and Boys Can Be Victims of Sex Trafficking, Too?

The perception of what trafficking victims look like can often jump to mind: young, foreign, female. There are many victims of trafficking like her, but she's not the only one. Men and boys can be trafficked, too. 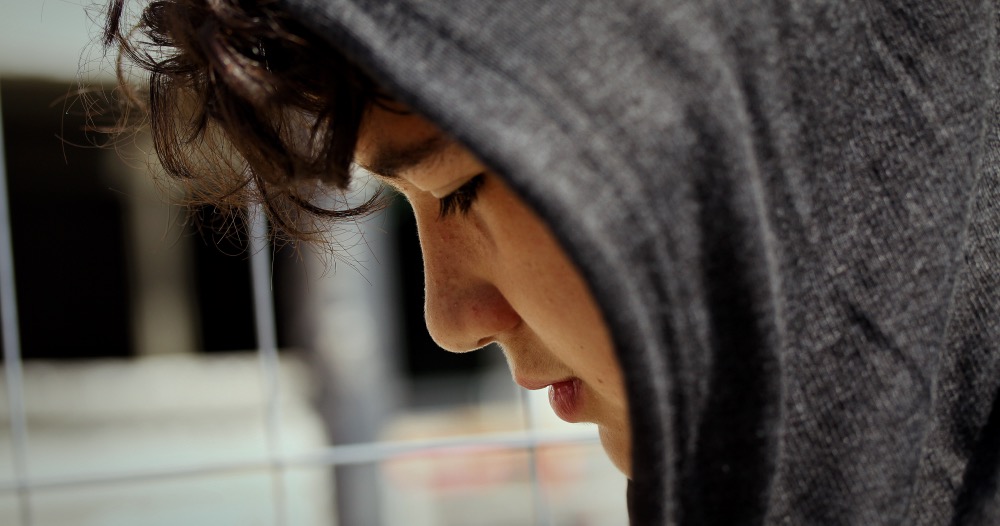 In the fight to end sex trafficking, oftentimes, a perception of what a trafficking victim looks like can jump to mind: young, foreign, and female.

She does exist, and there are many victims of trafficking like her, but she is not the only one.

Human trafficking affects all countries and genders. Most often, we associate men and boys being trafficked into hard labor and women and girls trafficked into the sex trade, but there is a risk in solely imagining these gendered stereotypes.

But most often, females are only imagined as victims. In the majority of scholarly literature around sex trafficking, females are described as the victim while men are either the trafficker or the buyer, and while that is often the case more often than not, another reality needs to be acknowledged: men and boys are victims of sex trafficking, too.

Sex trafficking is a gendered issue with more females than males being reported as victims of sex trafficking across the globe. Even so, let’s talk about the realities of male victimization.

According to the Internationational Labor Office (ILO), 4.8 million people were victims of forced sexual exploitation in 2016. In 2016, women and girls accounted for more than 99% of all victims of forced sexual exploitation.International Labour Organization. (2017). Global estimates of modern slavery: Forced labour and forced marriage. Geneva: Retrieved from https://www.ilo.org/wcmsp5/groups/public/@dgreports/@dcomm/documents/publication/wcms_575479.pdfCopy

Also in 2016, a Department of Justice-commissioned study, “Youth Involvement in the Sex Trade,” found that boys make up about 36% of child trafficking victims caught up in the U.S. sex industry (about 60% are female and less than 5% are transgender males and females).

In 2020, boys made up 7% of child sex trafficking victims reported to NCMEC. Also, 78% of reports regarding online enticement involved girls, and 15% involved boys (in 8% of reports, the gender of the child could not be determined).

The range of estimates comes down to underreporting, and the underreporting comes down to stigma. This is a problem because as organizations try to raise the alarm on sex trafficking and sexual exploitation, support services may continue to be in low supply for male victims simply because many people do not realize how they are involved and victimized.

The stigma around men and boys

Until the last two decades, research framed boys and young men as “deviants” with a desire for quick sex and money. They are more likely to be perceived as gay, promiscuous, exploiters, pimps, hustlers, or buyers, bypassing their need to self-identify as a victim who can seek help.

In a research paper by ECPAT-USA, several informants said law enforcement had little understanding of commercially sexually exploited boys. For example, they believed boys are not pimped, and therefore not in need of services. See how harmful this line of thought can be?

One officer referred to a 15-year-old male found in a motel trafficking sting as a “sex addict” and to another who was “just doing it for the money.” When filing human trafficking reports, they would often ask, “Why couldn’t he get away? He’s a boy.”

This attitude prevents these young men and boys from being properly assessed for sexual exploitation and identification as victims.

The stigma that males should be strong enough to fight off traffickers and thus they cannot be victims also inhibits these men and boys from speaking up when exploitation does happen. Like many female victims of exploitation, they too run the risk of not being believed, and in countries like Kenya, Uganda, and Tanzania, they face a strong taboo of men having sex with another man, even in cases of force and rape.

Sometimes people associate males selling sex with being gay instead of being trafficked. Steve Pricopio from Surviving Our Struggle—an aftercare center for young male trafficking victims—said this is incorrect. “It’s not an issue of sexual orientation… They think that the boys are in control of what they are doing. They don’t see them as victims.”

Sex trafficking is an ever-present and growing issue in our society, but here’s the more uncomfortable side of that statement: it means more people are contributing to its demand with money, clicks, views, and downloads, whether they realize it or not.

Related: Pornography: Behind The Scenes Of Sex Trafficking’s Marketing Department