By Fight the New DrugJuly 7, 2021No Comments

Human trafficking comes in a variety of different forms, and it can happen in many different ways.

Trafficking situations can be interwoven into seemingly “everyday” situations and places. It could be happening in your very own neighborhood, community, or in an average workplace. It might even be happening to someone you know.

And if you didn’t know already, a specific type of trafficking, sex trafficking, happens in the pornography industry too, which usually comes as a surprise to people in our porn-obsessed society. How could something so normalized and celebrated be connected to something so inhumane?

What is “trafficking,” anyway?

According to The Trafficking Victims Protection Act—one of the most comprehensive anti-trafficking law ever passed in the U.S.—the definition of human sex trafficking specifically defines a human trafficking victim as a person induced to “perform labor or a commercial sex act, through force, fraud, or coercion.”

An individual under the age of 18 (a minor) who specifically performs a commercial sex act will automatically fall under the category of human trafficking. Regardless of any of the following things like force, fraud, or coercion were actually present at the time, it is still considered sex slavery.

The United States Department of Justice states that child sexual abuse material is a form of child sexual exploitation. And again, these children do not have a choice, therefore, these are often extreme but real examples of human trafficking.

Let’s dive deeper, and see this issue of trafficking from the perspective outside of minors, teens, and children.

If we look beyond the fantasies, the finished product, and deceptive industry marketing, we can see there’s more going on than the glamorized appearance of the industry.

Exploitation and coercion on set

She talks about producers using her, wanting her to have sex with them on the side, and says, “It’s just a big game to them. They didn’t care about the destruction in your life. They don’t care about your personal life, as long as they make a dollar off of you, that’s all they care about.” Crazy, right?

In her words, it is all a lie, and it’s fake. It is something that looks believable to consumers. She was told to make it look believable, even though she was in pain.

In 2019, twenty-two women sued GirlsDoPorn. The testimonies of the Jane Does revealed lies and tactics GDP owners and employees used to abuse, trick, and degrade these women before, during, and after shoots. In October 2019, the FBI disclosed their own investigation into the company when they charged GDP owners, Michael Pratt and Matthew Wolfe, and male performer Andre Garcia, with sex trafficking by force, fraud, or coercion. Wolfe and Garcia were arrested, but Pratt had already fled the country, possibly back to his native country New Zealand, and remains a fugitive to this day. The criminal investigation is still ongoing.

The website was shut down in January 2020 after the civil case ruled in the Jane Does’ favor, awarding them $12.7 million in damages and the copyrights to their videos, but for the victims involved this was far from the end of the story.

In December 2020, over 50 GDP exploitation survivors filed suit against Pornhub’s parent company, MindGeek, for allegedly knowingly profiting from images and videos of their sex trafficking nightmares and failing to properly moderate MindGeek-owned sites for the abusive videos. The suit, which was filed in the Southern District of California, seeks punitive and compensatory damages of more than $80 million.

What about being lured into the commercial sex industry by way of fraud as a minor, what does that look like?

There was manipulation, money being thrown in her face, and “temptation” for a certain lifestyle on her end. She ended up having sex on camera, with a man that was double her age, and by the end of it all, she said: “It messed up my whole life.”

When it comes to fraud and trafficking, the law is clear that initial consent does not mean assault can’t happen anyway.

Young, pretty,, and hoping for stardom, Saki Kozai thought she had found her ticket to fame after an apparent model scout spotted her on a Tokyo street and offered her a job. Then just 24 years old, starstruck and excited, she quickly signed a deal with the agency he introduced her to, believing that she would soon star in promotional videos.

In fact, it was not a modeling agency, and on her first day, Kozai discovered the job required her to have sex on camera.

“I couldn’t take off my clothes. All I could do was cry,” she said in a report, adding that she saw no way out of her dire situation. “There were about 20 people around me, waiting. No woman could say ‘no’ when they’re surrounded like that.”

Japanese non-profit group Lighthouse, which works to stop human trafficking, said more than 60 actresses trying to escape the business contacted them in the first half of 2016—well above previous years.

In this true story, a 24-year-old woman walked into what she thought was a job interview in Southern California. She ended up being forced to work in the commercial sex industry.

She was going after her dreams, trying to pursue a modeling career, until one agency specifically reached out to her. Here’s what happened:

“Once she arrived at the photoshoot, they gave her some drinks, asked her to take a few topless shots, and then asked for her identification so that they could make copies for her file. Everything after that, she says, is a blur.”

How is this at all acceptable?

The videos under investigation in the Czech Republic were recorded from 2016 to 2019 and began as routine castings that later turn into sex with a cameraman, according to police. The company being accused is called Netlook, and it’s reportedly the largest producer of pornography in the Czech Republic.

Most of the alleged victims, 18 of which have come forward so far to describe what happened at the castings, have been young female college students aspiring to be models or looking to make some extra cash.

Related: Phil’s Story: I Bought Sex From A Sex Trafficking Victim Without Realizing It

The women were promised a “comfortable start” in the fashion industry in an advertisement that looked like a casting call for models. They submitted online applications only to learn after the fact that the modeling job they’d hoped to do was actually a pornography shoot.

There is hope, we can stop the demand 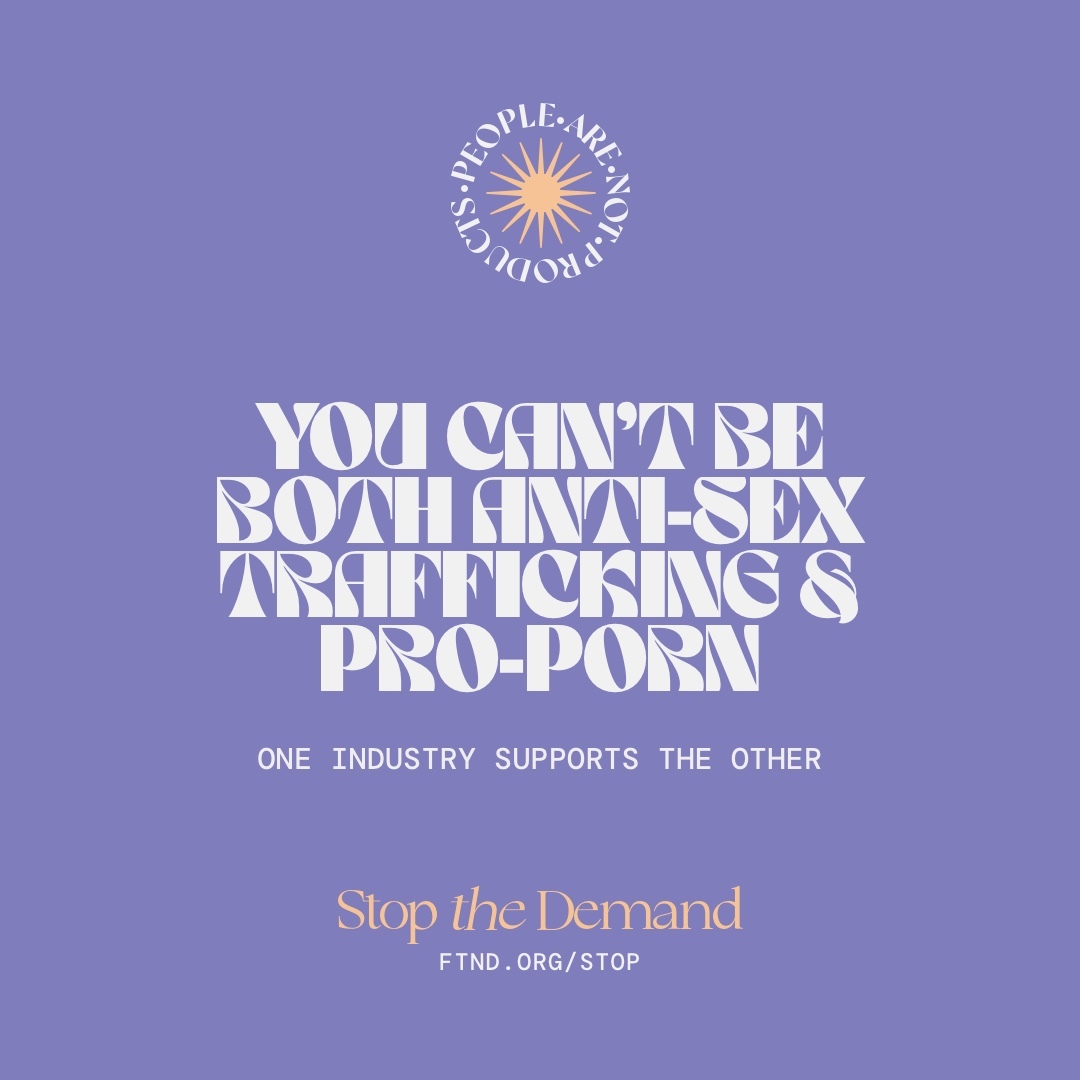