By Fight the New DrugSeptember 14, 2021No Comments

My boyfriend and I have been together for just over four years now. But it breaks my heart to say that our true relationship might only just be starting.

My discoveries started with a magazine collection under his bed, an entire box filled to the top with nude or barely clothed women. When I confronted him, he told me it was his brother’s and that he was only storing it for him. I had my doubts, but believed him.

I tried my best to believe him. Numerous times, I would find him on dating and singles groups, sometimes international. He told me it was an unfortunate coincidence and I believed him.

The dishonesty and hiding continued

When I confronted him, he told me it had been his friend the day before, that he had played games on his phone and added dating sites and pornographic bookmarks without his permission. The only problem with his story is that the evidence stated that he had done it only minutes before.

That’s when my heart lost the fight and my head took over. I knew he had a problem, a secret I knew he was lying about.

Being the person that I am, I was too scared of losing him to battle him, so instead, I tried to guilt-trip him out of his habits. (FTND note: guilt-tripping and shaming partners is not recommended nor encouraged.)

He soon had secret accounts on numerous chat sites, that I only found out about because one of my friends came across his profile. When I confronted him, he got real angry and told me that it was his friends playing a joke and that he had nothing to do with it.

For years I have been carrying this hurt with me. It eats away at my very being. I never believe his compliments, because all I can think about are the types of women he prefers looking at and how they are so much different from me.

I am not the fittest girl, but I am also not unattractive, I’m just average. I am way too modest compared to the things he watches and though I don’t have the smallest chest or butt, they certainly don’t compare with his frequent delights on the computer. I just feel terrible, terrible about myself. I feel worthless, ugly, and boring.

I was alone at home while he was working. I told my mother that I might need an earlier ride home and to be on stand-by and I packed up all of my things.

When he got home, he was shocked to see that I was leaving. Instead of apologizing, he did it again—he blamed his friends. He said he had never watched anything like that and he eventually talked me into staying.

It was only two days later that I found even more shocking things on his phone. I silently handed him the evidence and retreated to the bedroom to cry and be alone.

Minutes later, he entered very upset and very down. He told me that he would finally be honest with me—he had viewed all those things. He asked me what I wanted to do and I told him that since he was finally being honest with me, I wasn’t going to leave. He confessed to even more secret accounts where he chatted with foreign girls.

Over the next few days, we talked about it a lot, and he would go on to explain that he felt dirty and ashamed but that he couldn’t help himself. Even though he felt bad, he had no comprehension of my feelings.

I felt sickened, ashamed, worthless, and betrayed. What’s worse, I felt guilty because he had led me into almost falling into the same trap.

A lot of my friends whom I had questioned told me that “it’s normal” and “all guys do it.” They said, “he probably just misses you” and “it’s because you wanted to wait to have sex until marriage.” But I still felt worthless and betrayed.

This very morning, I found more suggestive videos on his Facebook.

I know his recovery is difficult and it’s a journey, but it still hurts. But after telling him it’s over, he finally, in the heat of the moment, admitted to having a problem. But after talking about it further, he refused to do Fortify’s recovery platform and also refuses to see a therapist.

My heart is broken; it has been four years! At least he’s being more honest with me but what do I do now? How do I get him the help he so desperately needs, if he refuses to accept it?

How do we get through this? I know my beloved is in there somewhere, he’s just been poisoned by this drug. Please help, I don’t know how to deal with it anymore.

Thanks for all that you’ve done up to this point. Without Fight the New Drug, I wouldn’t know where to turn. If it weren’t for you, I wouldn’t be educated on his problem at all. I’m seriously considering joining your Fighter Club and Street team. I want to spread awareness about the problem and specially signed up for Facebook to spread the message!

Related: The Science Of Betrayal: The Emotional Trauma Of Having A Porn-Addicted Partner

I even convinced my boyfriend to like your Facebook page and we both are subscribed to your newsletter. He even voluntarily signed up to become a Fighter. I hope to hear from you soon, I really need advice and guidance!

Here’s what he said:

“Trust is the foundation of love and when it is violated, something core to who you are is wounded. Whereas scars reveal external wounds, heartache reveals relational wounds. A partner’s deceit with pornography disfigures the very part of us that longs to give and receive love… 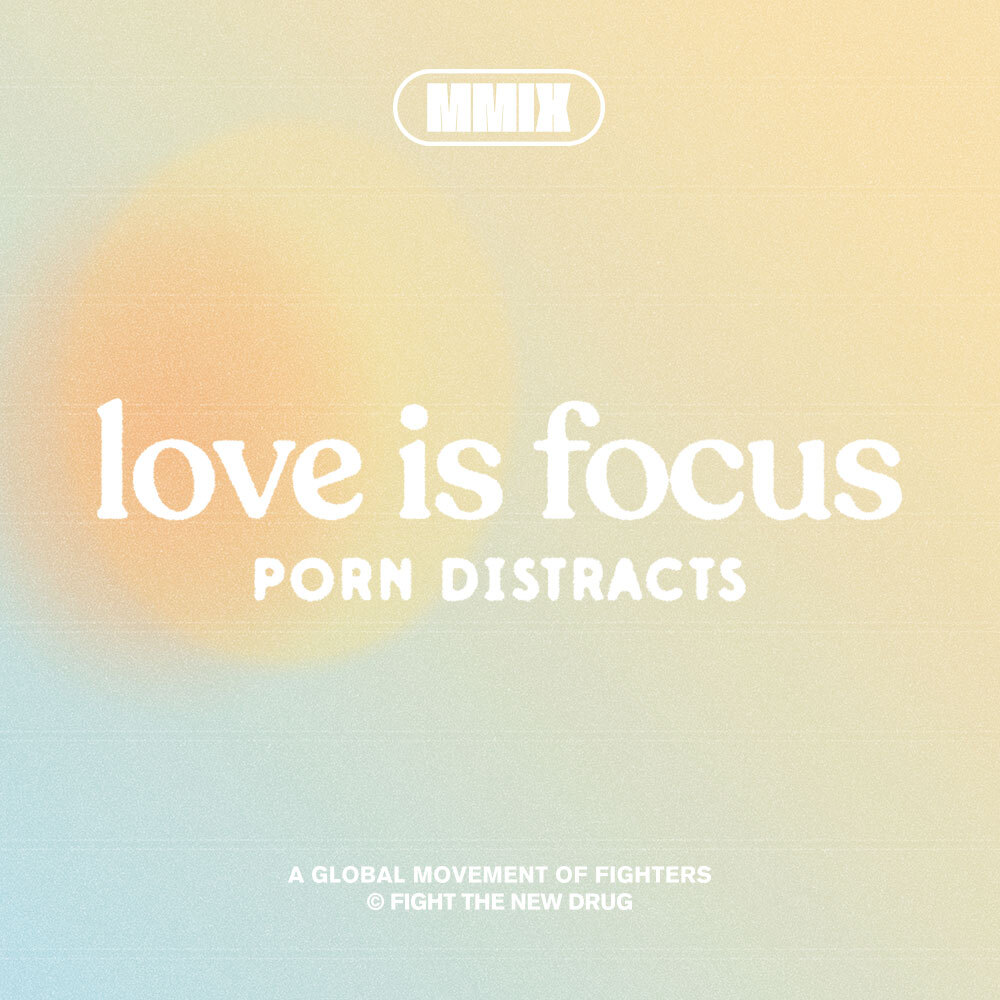