With huge numbers of users comes huge amounts of responsibility, and not a single site has developed a porn-proof filtering system or thorough enough moderation team. 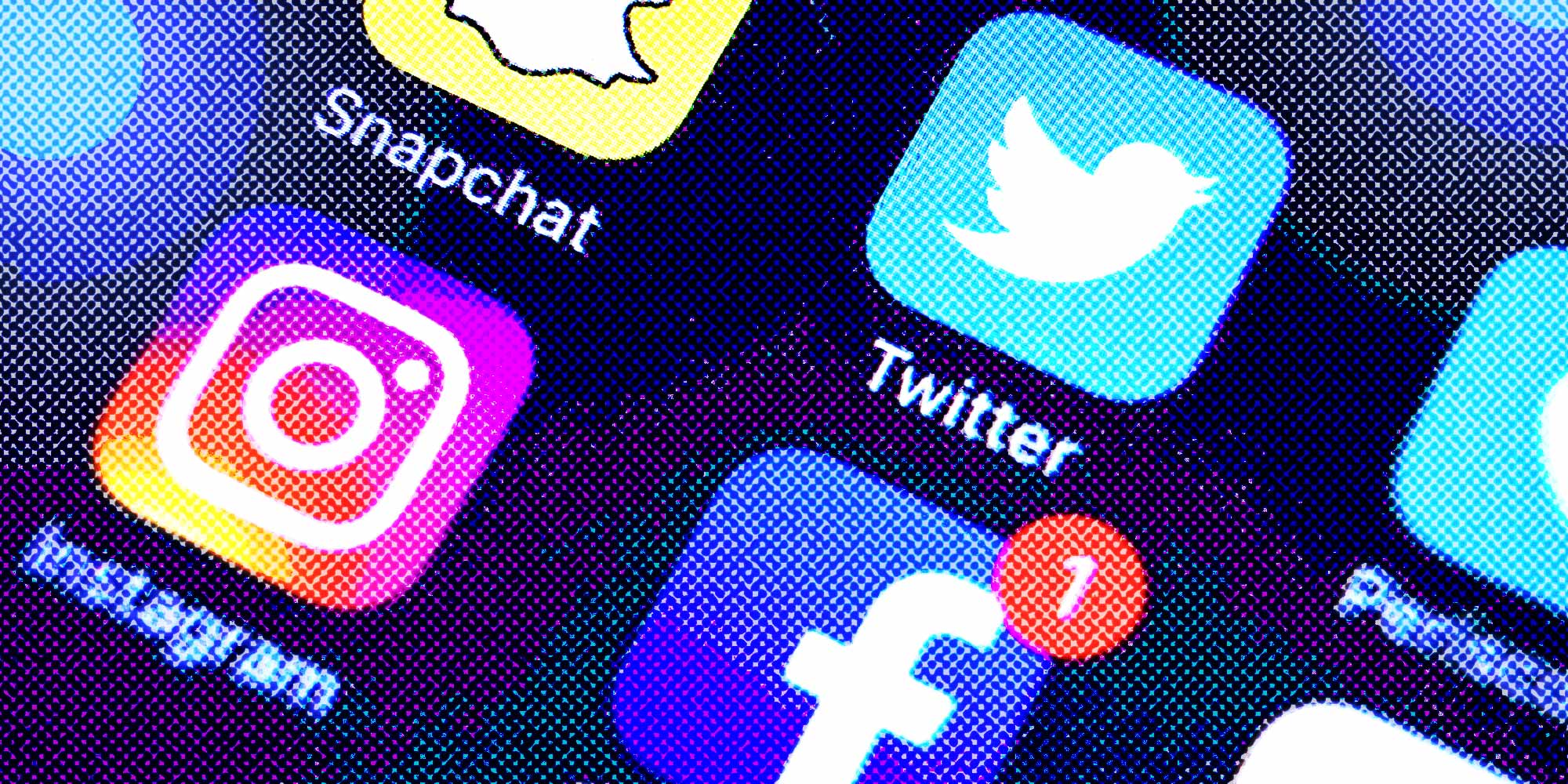 With huge numbers of users comes huge amounts of responsibility, and it looks like not a single site has developed a porn-proof filtering system or thorough enough moderation team.

Here, we take a look at some of the most popular platforms and their reported struggles to keep hardcore content from plaguing users everywhere. We’ve ranked the sites from most to least users, using Smart Insights’ data on how many people are on each platform.

Knowing what you’re dealing with as a user of any of these sites can be helpful when looking for content to report, block, and flag.

In 2021, our affiliates at Bark discovered that if someone searched any letter in Facebook’s search bar and then navigated to the video results, they would see a long list of mostly sexual options.

Previously, the BBC had attempted to report 100 sexualized images of children, and found that Facebook eventually removed just 18 of them.

And more recently, an investigation by the BBC purports that Facebook hasn’t responded adequately to employee concerns over Facebook’s use globally. In particular, they point to drug cartels’ and trafficking organizations’ use of the platform to attract, advertise and sell women.

Employees state that some of the illegal groups or pages they flag are taken down, while dozens are still left active. Or, only content tied to the group is removed, instead of taking down the illicit group or organization itself.

An investigation found comments sections on popular channels were bombarded with spam comments despite YouTube claiming to have addressed the problem in 2019.

Using an open-source spam detection algorithm, the iNews investigation found that on a number of popular channels with millions of subscribers, spam comments made up around one in five comments.

A 2019 article by TechCrunch, publisher of tech industry news, summarized the findings of two Israeli NGOs. The article “details how WhatsApp chat groups are being used to spread illegal child pornography.”

More specifically, end-to-end encryption, as the privacy technology “ensures only you and the person you’re communicating with can read what’s sent and nobody in between, not even WhatsApp. Your messages are secured with locks, and only the recipient and you have the special keys needed to unlock and read your messages.”

To put it simply, end-to-end encryption allows people to share child abuse images in a way that leaves them and their messaging threads anonymous to the rest of the world—meaning they can abuse children and distribute the material with others to use without getting caught.

To explore the world of social media predators, and learn just how easy it is for child abusers to have unfettered access to minors, the Bark team transformed via photoshop one of their own 37-year-old team members.

With various altered images of her, they created fabricated social media profiles of a hypothetical 15-year-old, 12-year-old, and 11-year-old. What they discovered may shock you.

The Bark investigation is a peek into a terrifying reality where adults manipulate teens and children into engaging in abusive relationships. If there’s good news, it’s that there are steps to grooming that you can learn about to protect yourself or your child.

While Instagram prides itself on banning specific hashtags associated with pornographic content, it has a long way to go before it can be considered totally appropriate and safe for users.

As you might already know, TikTok is a Chinese-owned short-form, video-sharing app that is home to more than 1 billion monthly active users.

A large part of TikTok’s success is attributable to its some 10,000 worldwide moderators who police videos on the platform to ensure it remains an endless feed of lighthearted content, rather than a cesspool of violent and distressing videos.

Part of TikTok’s job as an employer, like all employers, is to ensure its employees are able to operate in a safe work environment. However, according to former TikTok moderators, the company did not provide such a work environment.

Related: Moderators Sue TikTok Due to Mental Health Issues from Seeing So Many Violent Videos

For that reason, former moderators have filed a federal lawsuit seeking class-action status against TikTok and its parent company, ByteDance. More specifically, they said the company was negligent and broke California labor laws by allegedly not protecting moderators from the emotional trauma caused by reviewing hundreds of “highly toxic and extremely disturbing” videos every week, including videos of animal cruelty, torture, and even the execution of children.

A lawyer from Joseph Saveri Law Firm, the firm that filed the lawsuit said, “You see TikTok challenges, and things that seem fun and light, but most don’t know about this other dark side of TikTok that these folks are helping the rest of us never see.”

With more than 100 million daily active users, Snapchat once was the social media app for millennials.

Premium account holders can enjoy avoiding their accounts being flagged and deleted by Snapchat by making these accounts private—people who are paying for access want the explicit content and have paid for it, and so are unlikely to report the account.

Parents: If your child is looking at “premium” Snapchat accounts, it can be detected with the right tools. Bark is software that can alert parents when it picks up pornographic or sexting activity on your child’s device. Try Bark for 30 days at no cost today.

Still, we’ve been getting messages from Fighters that say they’ve found blatantly hardcore pornographic content in their regular feeds…and this issue seems to be even worse if they’ve marked their gender as “male” on the site, from what we’ve seen.

And, like Instagram, there are no hard numbers to be found for how many explicit posts there actually are on the site, but it’s on our radar as a problematic platform for questionable content.

The National Center on Sexual Exploitation Law Center (NCOSE), The Haba Law Firm, and The Matiasic Firm have jointly filed a federal lawsuit against Twitter on behalf of minors who were trafficked on the social media platform.

The 18-year-old John Doe #1 and John Doe #2 say they were 13 years old when a sex trafficker posing as a 16-year-old girl tricked them into sending pornographic videos of themselves through the social media app Snapchat. A few years later when they were in high school, links to those videos began appearing on Twitter in January 2020.

The plaintiffs say they alerted law enforcement about the tweets and urgently requested that Twitter remove them. Using Twitter’s reporting system, which according to its policies is designed to catch and stop illegal material like child sexual abuse material (CSAM) from being distributed, the Doe family verified that John Doe was a minor and the videos needed to be taken down immediately.

Instead of the videos being removed, NCOSE reports that Twitter did nothing, even reporting back to John Doe that the video in question did not in fact violate any of their policies.

Reportedly, Twitter refused to take down the content until nine days later when a Department of Homeland Security agent contacted Twitter and urged action. At that point, the lack of care and proper attention resulted in the posts receiving 167,000 views and 2,223 retweets, according to the lawsuit.

While some pornographic social media accounts will ask users if they are over 18, teens can simply lie to get around these flimsy age restrictions. Though parents can install programs on kids’ devices that block pornography, today’s tech-savvy kids know how to get around these (and they can always use their friends’ unblocked phones instead).

The reality is that most teenagers will inevitably be exposed to porn—and parents must talk to them about it.