“I was approached by a man when I was alone at National Gallery in London who introduced himself as an art professor looking for models.” 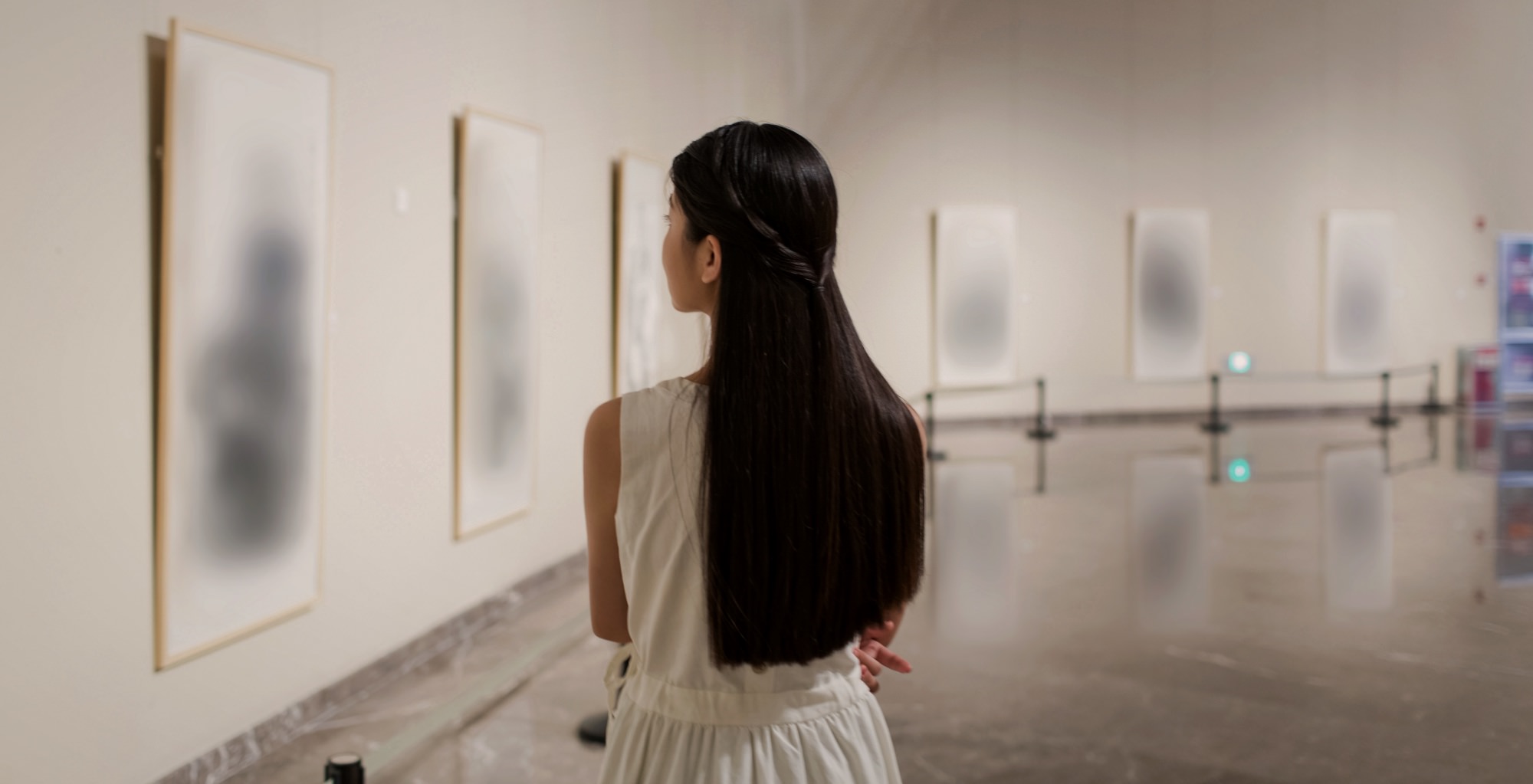 The following story was sent to Fight the New Drug by a woman who encountered a very suspicious and fraudulent situation that likely would have resulted in sex trafficking or sexual exploitation. While she was able to spot the manipulation, many teens wouldn't have been able to in that same situation. This is how countless people are trafficked into sexual exploitation, and this is her true story.

I was almost tricked and frauded into the commercial sex industry. Almost.

I was approached by a man when I was alone at the National Gallery in London who introduced himself as an art professor looking for models for his most recent project. Looking at me from afar, he said thought I would be a perfect model. Then, he asked me if I have any prior modeling experience, which I do.

I started talking to him about the ”project,” but from the conversation I had with him, I could tell that he was not a real art professor, and he could not explain to me properly about what this project was really about because it was obviously fake. Instead, he just told me, ”This is actually a very important project with a very wealthy Swedish investor behind it. That’s why I can’t give you all the details here when all other people are around. I don’t want anyone to overhear our conversation.” …Right.

Even after I told him this, he still vehemently denied and said, ”No this is not pornography, it’s just a very beautiful and artistic show. Actually, can you come to my hotel room now so we can talk about everything?”

Eventually, my patience ran out and I said, ”Did you really think you could fool me? …Now, I’ll have to take you to the police station and tell them everything that just happened.” At that point, seeing how serious I was, he ran away and I couldn’t take him to the police station with me, but I still filed a report.

The scariest thing is I don’t think a regular teen would have been able to understand what was really going on. And if anyone actually believed him, followed him and something bad happened, most people would blame the victim and say “she should have known better.” Not true. I’m lucky that I knew better, but so many people wouldn’t be.

Tricked and trafficked every day

These people get unsuspecting victims into situations where they feel like they can’t say “no” to what’s being asked. For those who do know what they’re getting into right off the bat, they still don’t mention the situations where they might be raped on camera or forced to perform the most degrading acts imaginable for consumers to play on repeat. This isn’t some innocent recruitment where they only have to pretend to have sex with a stranger and get paid in return.

A lot of times, if they say “yes” and show up to the shoot, project, or “opportunity,” they will be unable to back out even if they wanted to. They’re threatened, coerced, and humiliated into giving these people what they want. This, by definition, is sex trafficking. Whether it be a fat check or a hidden clause in their “modeling” contract, stories like the one above yields hundreds of victims a day who never understand what they’re getting themselves into or were told what they were signing up for.

After Fight the New Drug posted the video, we quickly learned there was much more to the story. We received a message from the girl herself, telling us what really went down that day and begging us to take down the video, which we did immediately. Here is a screenshot of the actual message we received from the teen in the video. 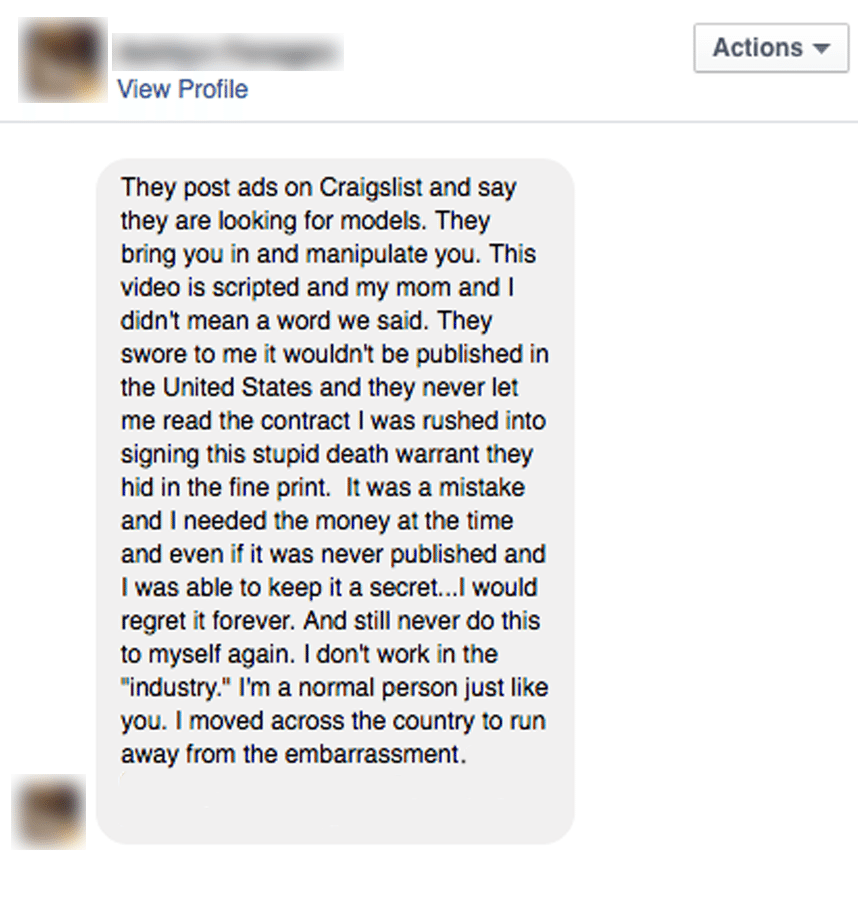 This is just a glimpse into what can happen before and after the cameras roll.

There is a tendency to believe that “human trafficking” refers to a Third World problem: forced prostitution or child pornography rings in some far-off, developing country. The truth is, sex trafficking is officially defined as a “modern-day form of slavery in which a commercial sex act is induced by force, fraud, or coercion, or in which the person induced to perform such an act is under the age of 18 years.” [2] That means any instance in which the individual on screen was forced, tricked, or pressured. By that definition, human trafficking is everywhere. [3]