We live in a culture that has an expectation that when pop culture figures turn 18, it’s free game to consume explicit images and videos of them. But why? 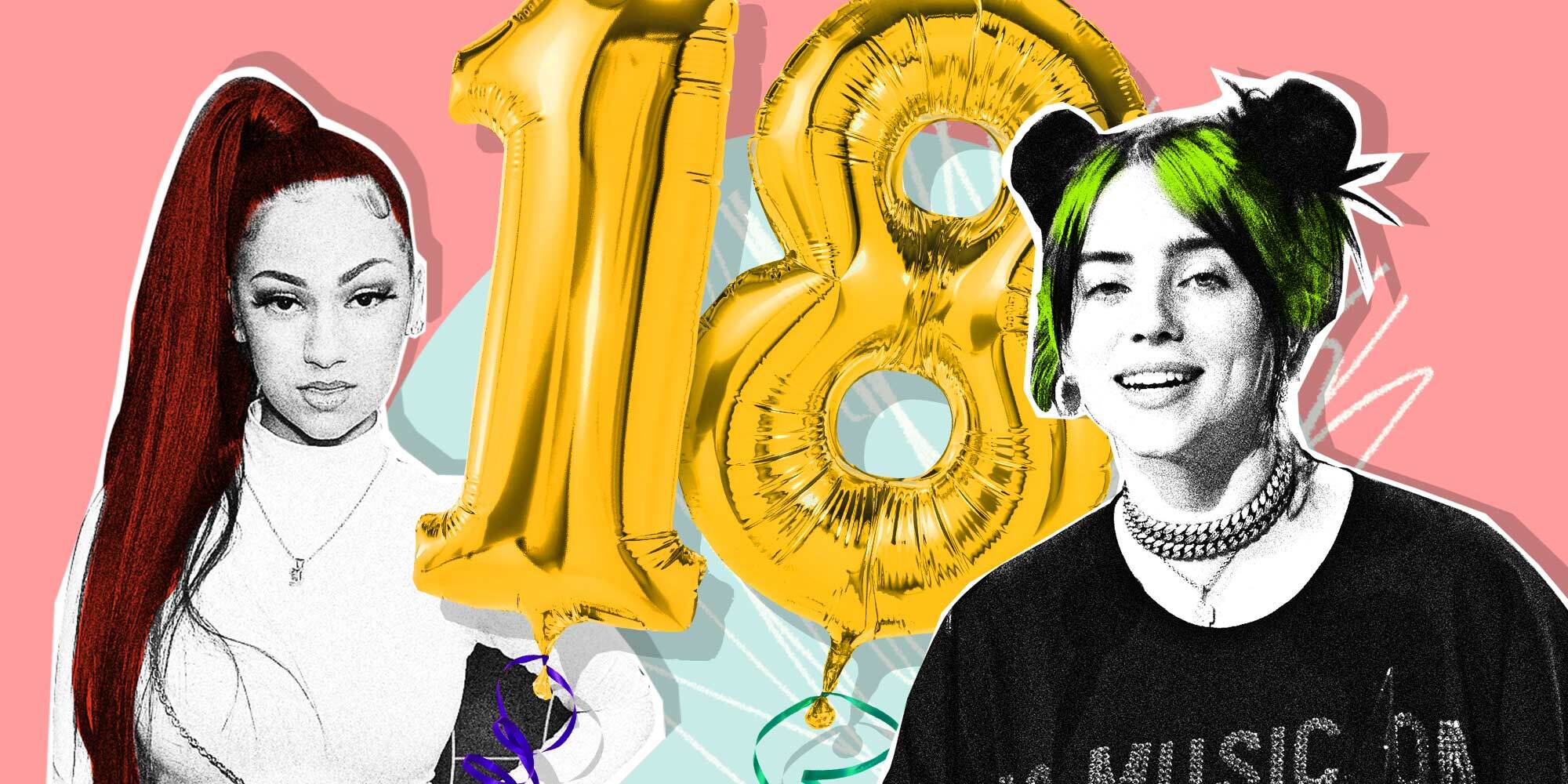 You may remember her as the “Cash Me Outside” girl from Dr. Phil. Today, Danielle Bregoli is widely known as teen rapper Bhad Bhabie—the youngest female rapper to ever hit the Billboard Hot 100 chart in 2017, and the youngest artist in the last decade to go platinum with her hits from 2018 and 2017.

This year, she’s breaking even more records—but not in the music industry.

Days after her 18th birthday in March 2021, Bregoli created an X-rated OnlyFans account, promoting it in an Instagram post with the caption, “From now on i’m gonna do whatever the f— I want.” Her OnlyFans bio reads, “Crazier than u think DM me. I am on here every night responding.”

In just six hours, she claimed to have earned $1 million dollars on OnlyFans.

Pedos who waited for Bhad Bhabie to turn 18 and drop an OnlyFans pic.twitter.com/FFtaD7FUZl

The previous record-holder was actor-model-influencer Bella Thorne who made more than $1 million in her first 24 hours on the platform back in August of 2020.

And, one year later, Bregoli announced on her Instagram in April 2022 that she netted over $42.3 million from her OnlyFans page.

Bregoli is charging $23.99 per month for access to content on her OnlyFans page. Subscribers are also promised the ability to direct message with her.

A year later, this is how her numbers stand as of April 2022. 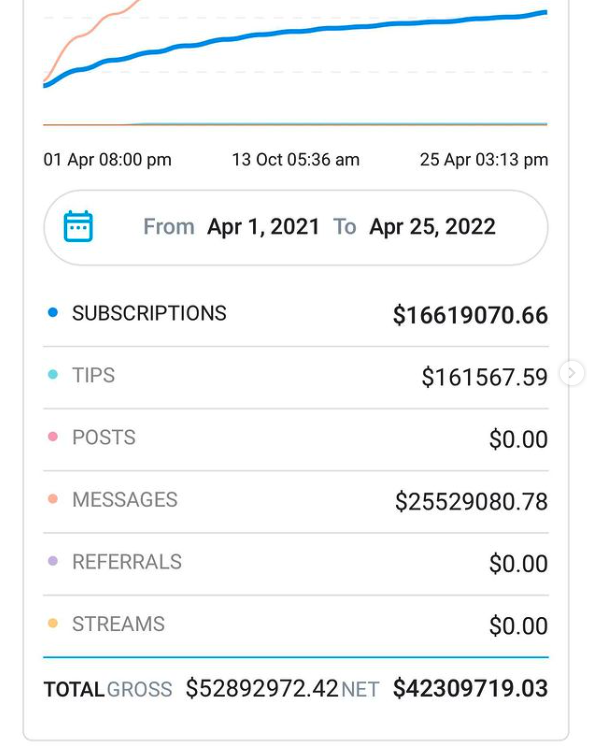 Creators on OnlyFans receive 80% of the revenue on all of their earnings. The platform also places thresholds on single tip amounts, and how much money users may spend per day on the platform—giving those who have been on the platform “for a long time in good standing” a higher limit.

Bregoli started receiving requests to create a not-safe-for-work OnlyFans account while she was still underage.

Danielle Bregoli isn’t the only celeb whose followers have had an expectation to consume explicit content of them as soon as they turn 18.

Billie Eilish is just one of many other pop culture figures who had trolls hounding her to “take off her clothes at 18.” The seven-time Grammy-winning singer-songwriter turned 18 on December 18, 2019.

Shortly after, sexualized tweets of her in a tank top went viral with the caption, “billie eilish turned 18 today…?? Y’all know what that means.” Attached to the tweet were three photos of Billie, all of which objectified her body, with captions that described her as “thick.”

In an interview following the sexualized tweets, Billie shared, “My boobs were trending on Twitter! At number one! What is that?! Every outlet wrote about my boobs! I was born with f—ing boobs, bro. I was born with DNA that was gonna give me big-a— boobs. Someone with smaller boobs could wear a tank top, and I could put on that exact tank top and get s—-shamed because my boobs are big. That is stupid.”

Billie also retaliated with an Instagram post (caption now deleted), “U mad i turned 18 & didn’t immediately take all my clothes off?”

In interviews over the last few years, the star opened up about feeling “terrified” to turn 18. She shared she preferred to cover up in baggy layers to keep part of herself a “mystery” and avoid being judged.

“It kind of gives nobody the opportunity to judge what your body looks like,” she shared. She also clarified that her personal style isn’t meant to be used to shame women who choose to dress differently than she does.

Where does this sense of sexual entitlement come from?

These are examples of current events that are all too common. So much so that most people may not bat an eye when they see the headlines. However, the underlying concept is one that’s deeply concerning—and something we should all pay attention to.

We live in a porn-obsessed society that has no problem expecting that when pop culture figures turn 18, it’s free game to consume explicit images and videos of them—and this same society seems to believe those celebs should make that content readily available. Not only do trolls pressure and sometimes harass individuals to share explicit content long before they turn 18, they feel it’s their right to do so as soon as that person is of legal age.

Related: An Inside Look at OnlyFans Management Companies that Allegedly Exploit Creators and Trick Subscribers

Whether someone has just turned 18, is younger, older, a celebrity, or your next-door neighbor, no one inherently has the right to consume that individual for their own gratification—especially without their knowledge and consent.