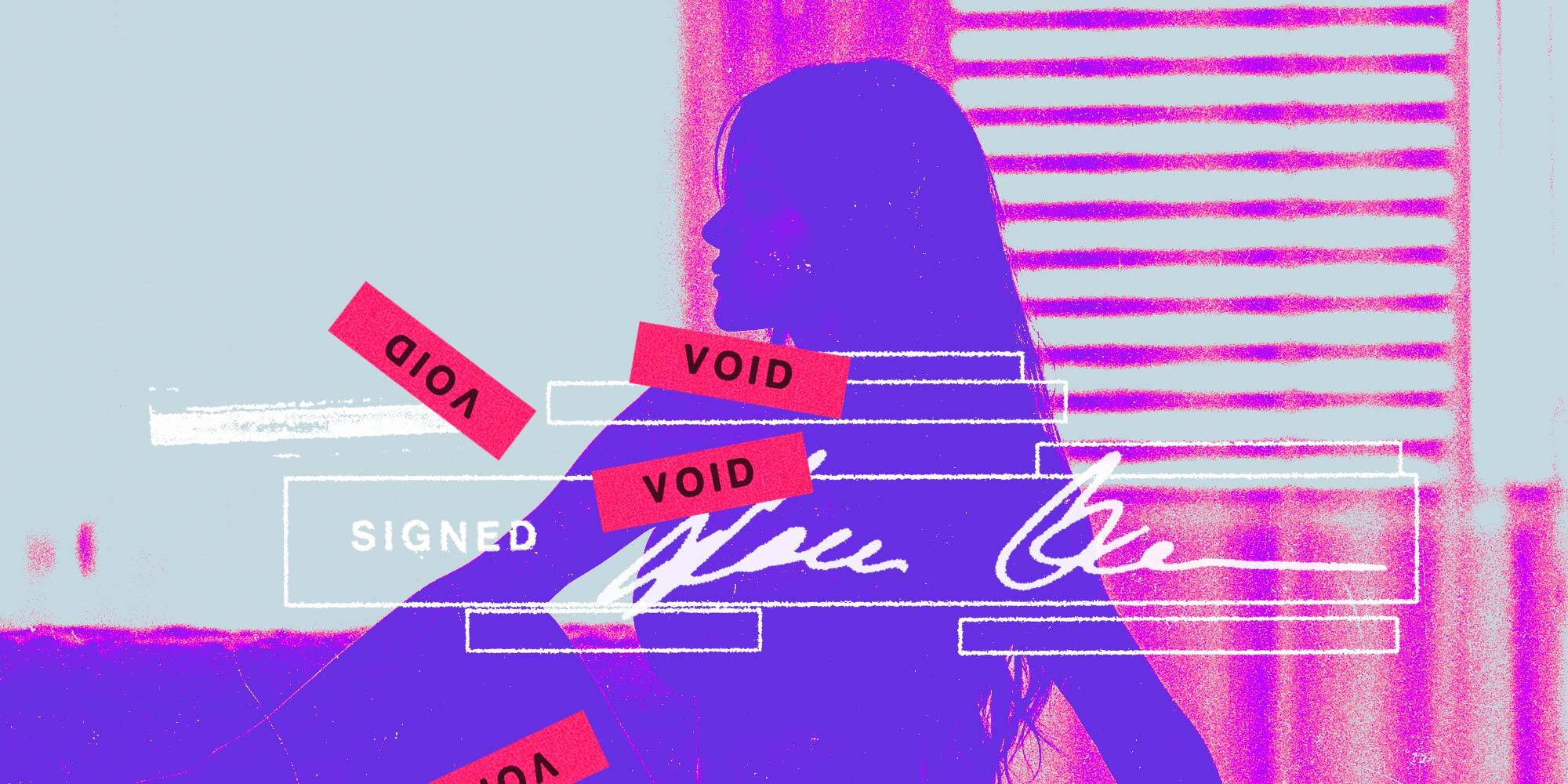 For people who pay subscription fees and tips to access explicit content and DM on OnlyFans with top-ranking creators, there’s a good chance the person on the other end is being exploited.

And even if they aren’t, there’s also a chance that who subscribers talk to isn’t who they think they are.

Technically this is against the rules—in OnlyFans’ Terms of Service, there’s a stipulation that creators can’t share their passwords or allow anyone else to use their access to the platform. Yet a lot of OnlyFans creators with a large fanbase hire assistants to pretend to be them, and agencies are making big bucks managing their accounts.

But while counterfeit intimacy on demand sounds enticing and profitable, it can be harmful for all involved.

So if it’s against OnlyFans policy to have someone run your account for you, how do these management companies get away with it?

They keep the specifics of their services vague—using terms like “customer retention,” “increased engagement,” “around-the-clock OnlyFans services,” “media assistants,” and “OnlyFans chatters”—though they don’t publicly specify exactly what that entails.

“Lara,” someone formerly in the commercial sex industry who quit OnlyFans in 2021 and asked to remain anonymous, says that most OnlyFans creators without a large audience can’t afford to hire a management team—OnlyFans already takes a 20 percent cut of any income from creators, so to pay an assistant an additional 30 percent is something only top-earners can afford—but that it’s rare for top earners to manage their own inboxes.

“Almost every creator that I know uses a management company… Once you get over a certain number of subscribers, it’s an impossible task to handle the messaging alone.” She also emphasized that to make serious money on the site, you must be “available and online 24/7” chatting with fans, delivering custom videos, and creating new content.

Social media managers have been around for a long time, but services like these really only emerged around two years ago when OnlyFans took off in popularity. Recently, both clients and account managers have emerged to reveal the pressure, manipulation, and exploitation that also often occurs within these organizations.

Los Angeles-based social media management company Unruly and its affiliate Behave is recently under fire for what current and former clients describe as deceptive recruitment practices, exploitative contracts, unlawful penalties in the six-figures for breach of contract, and handing over expansive control of their personal lives, as well as the firm demanding work they hadn’t signed up for and publishing nudes of them without their consent.

Account managers have also come forward describing unethical and hostile work environments—with many being required to clock as many as 100 hours a week, take little or no time off, and even work while at events like funerals for family members.

While the entity promotes itself as an advocate for women’s empowerment and the source of lucrative entry-level work amidst the pandemic and promises content creators massive growth in followers and revenue, it clearly has a dark side.

Alexis Marquez, a former account manager for Unruly, said that the pressure became so intense during her time with the company that she suffered an anxiety attack and ended up in the hospital. “I don’t know what I signed with them. They pressured us on the spot to sign everything.”

One contract reviewed by BuzzFeed News was presented as a COVID liability waiver for an event that workers were expected to attend, but several pages in, it included a condition stating that anyone who violated the confidentiality provisions would owe the company $5 million. Another included a provision that gives the company the right to take out life insurance on the creator, and requires the creator to take part in medical examinations and share their personal medical information. One also had a non-compete clause that included $100,000 in damages per violation.

Many clients and account managers found themselves locked into contracts they couldn’t get out of—and faced the dilemma of tolerating conditions they hadn’t signed up for or threats and retaliation from the company.

Robert Tauler, an attorney representing one of the clients, describes a Behave contract as, “…a Frankenstein of the worst provisions I’ve seen put together in one contract. I think it’s an unlawful contract, and it’s used only to manipulate…It’s used strictly as leverage to maintain dominion over the lives of young women who are in this predicament.”

One former client said she signed up with Unruly in hopes of monetizing lingerie photos, but company officials pressured her to post more explicit content, “trying to force me to be comfortable with things that from the start I wasn’t comfortable with.”

Another model planned to post bikini photos and is now suing Unruly after discovering they sold an image of her and her exposed breast that had been taken without her knowledge or consent while she was changing during a photo shoot organized by the company. She said she’d been clear with Unruly from the beginning that she didn’t want to share any nude content.

“I don’t even know how much they sold it for, who they sold it to—if it was just the one person or thousands of people. I was crying for so long.”

Another influencer said Behave shared one of her nude videos on the main feed of her OnlyFans page, disregarding her wishes for an extra fee and ID from anyone who wanted to access it. The company also shared another private photo of her on another person’s account. Since her accusations, Behave has demanded she pay them $400,000 for breach of contract.

Lizzie Machabeli, another former account manager, is suing Unruly for illegally underpaying and pressuring her to work excessive hours. She and other former employees say they often had to choose between paying rent or buying food.

Machabeli and other former account managers say their pay structures and duties would often change without notice in ways that significantly decreased their income. After raising concerns with the company, she said she and other contractors received a “commission structure” document from Unruly that included an agreement to lock them into arbitration for any dispute and make them liable for third-party lawsuits.

Attorney Courtney Abrams says the workers “were never given the opportunity to understand that they were signing away very important rights under California law” and that several clauses and elements in the contracts are illegal under California law.

Overwhelming, the theme with each experience is the same—clients and account managers have described an environment of fear.

A former account manager said, “I couldn’t sleep, I would have breakdowns. I remember I would just stand in the shower and start crying…And I just felt trapped, like I couldn’t get out of it because…we were terrified of not having the income, even though this income was so slim.”

Many consumers get wrapped up and trapped by the idea of what’s actually counterfeit intimacy on the platform. Creators say fans can become demanding, entitled, angry, aggressive, and pushy, and that it’s difficult to establish boundaries because they really believe they’re in a relationship with the creator.

Lara said as OnlyFans has grown in popularity, management companies get greedy, and when the quality of their services dwindle, subscribers notice.

“Sometimes, people would reach out to me on other platforms trying to carry on a conversation that had started on OnlyFans, and I’d have no idea what they were talking about or what they’d been told. After a while, it started to bother me. It seemed like the people working my accounts had developed intimate relationships with these fans, and I felt bad for the subscribers because it wasn’t me they were talking to.”

If fans find out they’re talking to an anonymous manager and not the real deal, they can report the account—which puts more power in their hands and more pressure on creators to deliver.

Sarah said she gets many unpaid requests, and that guys often ignore her stating she’s a solo performer, DM-ing her with requests for a “video of [her] being f— by a real d—,” or they’ll demand custom photos. She refrains from charging for responses out of fear of backlash from stingy subscribers.

Lara says subscribers pay the creators’ bills, and don’t let them forget it.

“Customers and subscribers will get very angry and upset if creators miss even a day of being online. OnlyFans can be really exhausting,” she said. “When you feel connected to your fans, it can be hard to establish boundaries, which is another reason it’s sometimes easier to delegate the work to someone else that isn’t as invested. Plus, the emotional labor required to engage non-stop with customers—who can be very kind, but also very demanding—can be overwhelming.”

She also says the performative intimacy expected on OnlyFans is draining. “I started to have ethical concerns about the way the site functions…It promises proximity to celebrity and a kind of ‘girlfriend experience,’ which blurs a line with people that are really lonely.”

These cases illustrate how much there are hidden dark realities behind OnlyFans and the companies that fuel the platform—sexual exploitation is all too common, and consumers fall for counterfeit connections that are anything but real.

Any environment where individuals feel justified in exploiting individuals or sharing their nude content without consent, or where consumers become engulfed in fake intimacy and feel entitled to explicit content on demand is not only harmful, it’s exploitative. And in some cases, it’s trafficking.

That’s why we speak out about the reality of sexual exploitation in all its forms. 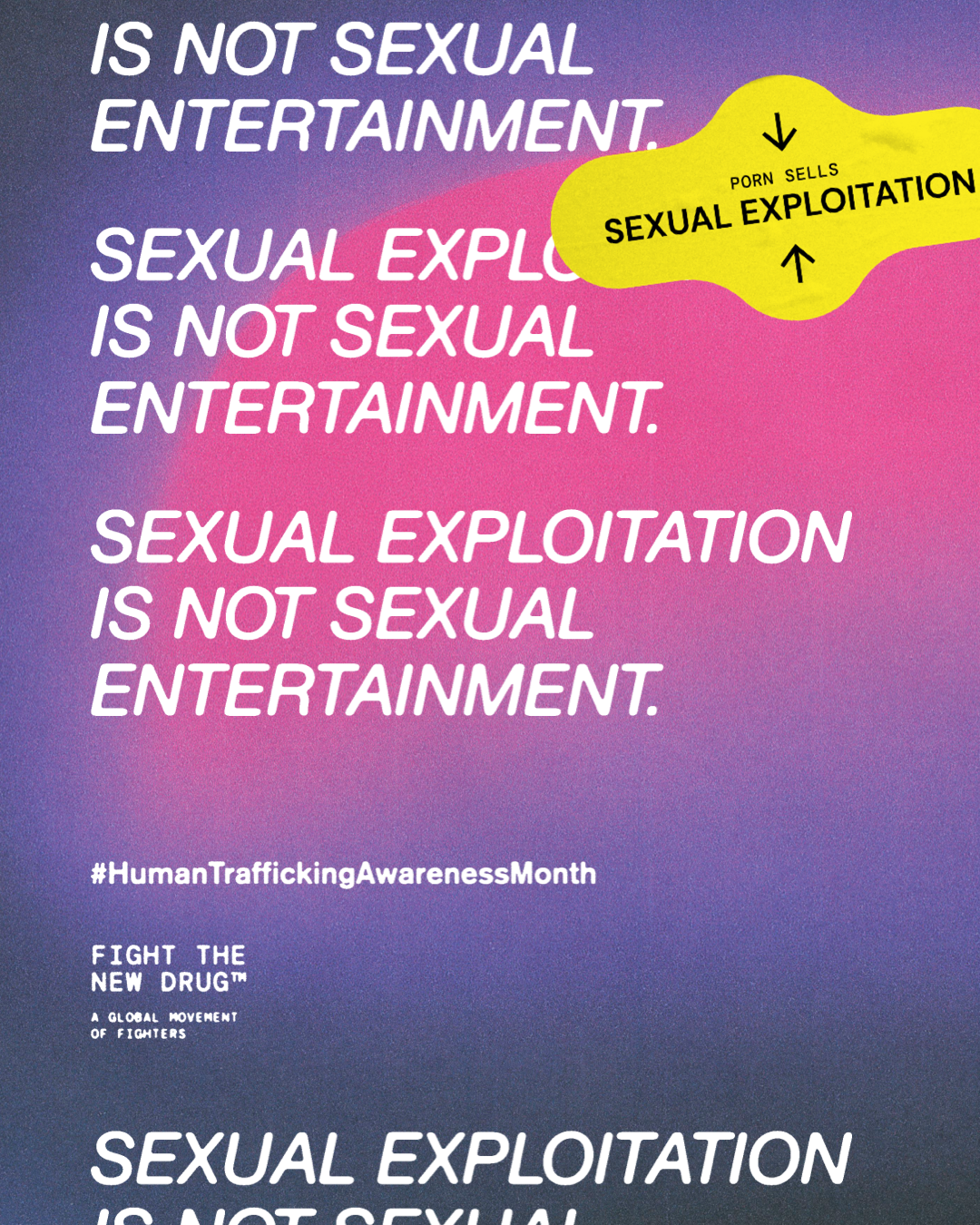