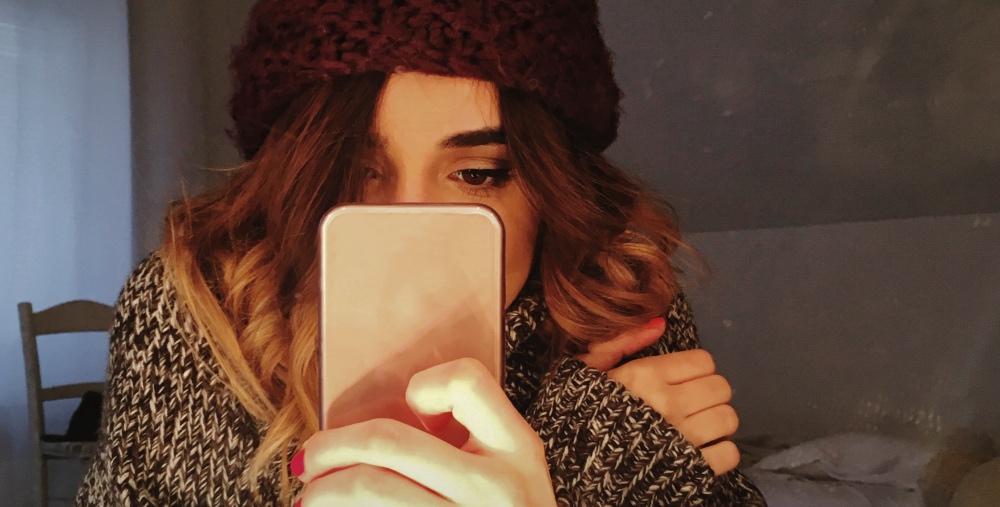 My grandmother raised me growing up. I remember all my life searching for this love, this void, I was just so desperate for it to be filled.

I was jealous of my friends at school who had more “traditional” looking families at home. I was embarrassed to say that I lived with my grandmother, despite all the love she had thrown my way. It felt like nothing at the time.

When I entered high school, I had made all these great, nice friends, but it still wasn’t enough for me to feel loved. Around this time, I was surrounded mainly by females, but I thought if I had a male’s attention then it would finally feel like enough—my relationship needs would finally be fulfilled.

Really believing I was unloved and unwanted

I tried getting boys to notice me with my looks since I was too painfully shy to actually speak with any of them. I still couldn’t get their attention.

I believed in my heart that maybe it was because I was ugly, on the inside and on the outside. That’s why no boy wouldn’t take a second look at me, I thought. I was heartbroken when senior prom came around and no boy would ask me to go with them. Maybe if I was just sexier, then boys would notice me, and I could finally be loved, I thought. I was so naïve at the time.

After high school, my grandmother had become very ill and I took care of her full time, while also taking a few college courses. I started volunteering with kids during this period and I really enjoyed it, so I decided that becoming a teacher would be the career path I would follow. Not too long after that, my grandmother had passed away, and I was devastated.

I wasn’t ready for the intense grief I would experience, or the roller-coaster of emotions that would last for years after. I lost her, and I lost her love. I convinced myself that I would never get to experience love again, because Grandma was the only person who had, and who would, ever love me. I totally believed that I was unlovable.

I started working right away after my grandmother’s death, and I struggled to make it through school as well. I began teaching part-time at an afterschool program, and then I started substituting at a preschool. I didn’t have enough college units to work full-time in a school setting, and I told myself that this was the best I could do. In the back of my mind I was always hoping a man would come in and save me from the messy life I created and had to endure.

I dated around a lot, but I never met a guy who wanted my heart. I never met a man who wanted to commit to me. Instead, I attracted men who only wanted my body. From here, I continued to tell myself that no man would ever truly love me. No person would ever love me. I thought using my body would at least be the closest experience to finding real love. I made that idea enough for me.

After about a year of dealing with the stress of two jobs, school, and still barely hanging in there to make ends meet, I decided I had had enough.

I needed to make more money, but I didn’t know how. I loved children and teaching them, but it wasn’t paying the bills. I decided that I would have to change my major in college, and then probably start stripping on the side to make a decent income. I don’t know how stripping entered my mind exactly, but I had real issues with it and just thought it was another way to make a good living. I felt like I had been treated like a loveless object in my dating life. I was used to that feeling. So, the idea of stripping didn’t really bother me.

Well, except that I was a preschool teacher looking for a new career in adult entertainment.

I knew in my heart that this was a bad idea, because I would be hurting the name of a very good school. The people I worked with were always so kind and welcoming to me. I didn’t want to hurt them, but I had already dropped out of college, I was already trapped in my new career, and I felt I lived a meaningless existence. So, I went public with my story. I felt horrible.

I canceled every one of those upcoming interviews.

When I told a few other performers my dream to just have a family, they would laugh at me. My ideal future would be impossible to achieve. My desire to finally be loved was out of the question.

After one year of being in the industry, I had hit rock bottom. I felt lonely and incredibly depressed. I decided that it was finally time to leave. I had attempted to leave twice before, but I knew that this time was different. I had made the decision that I was going to have a good life. I was going to live my dreams, have a bright future, and that I would love myself. I would forgive myself, and I would find the inner healing I needed that was rooted in my painful childhood of feeling abandoned.

One morning, I woke up and was triggered with this thought, that I could live the life that I wanted to live.

Believing in myself and loving myself was all I needed to get free.

Truly, I had been loved all along

I grew, I found healing, and I’ve even gotten to inspire a few others. I found the love I so desperately desired within myself.

I am so grateful for all the loving-kindness I have received since leaving the adult industry. Life hasn’t been perfect and certain people do act as though I am a tainted individual. However, the love I have received outweighs all of that. I found real love, healing, and I am living the life of my dreams. I never thought, as a broken little girl, I would achieve very much in this world. I am so happy to think that my story could encourage even one other person out there.

Thank you for taking the time to read this.

You are loved. You are beautiful. You are cherished.

We are so glad that Melinda found the love she was looking for within herself.