“The more real my pain was, the more I cried from the depth of my depths, the more abuse I took, the more my videos were watched.”

By Fight the New DrugNovember 1, 2021No Comments 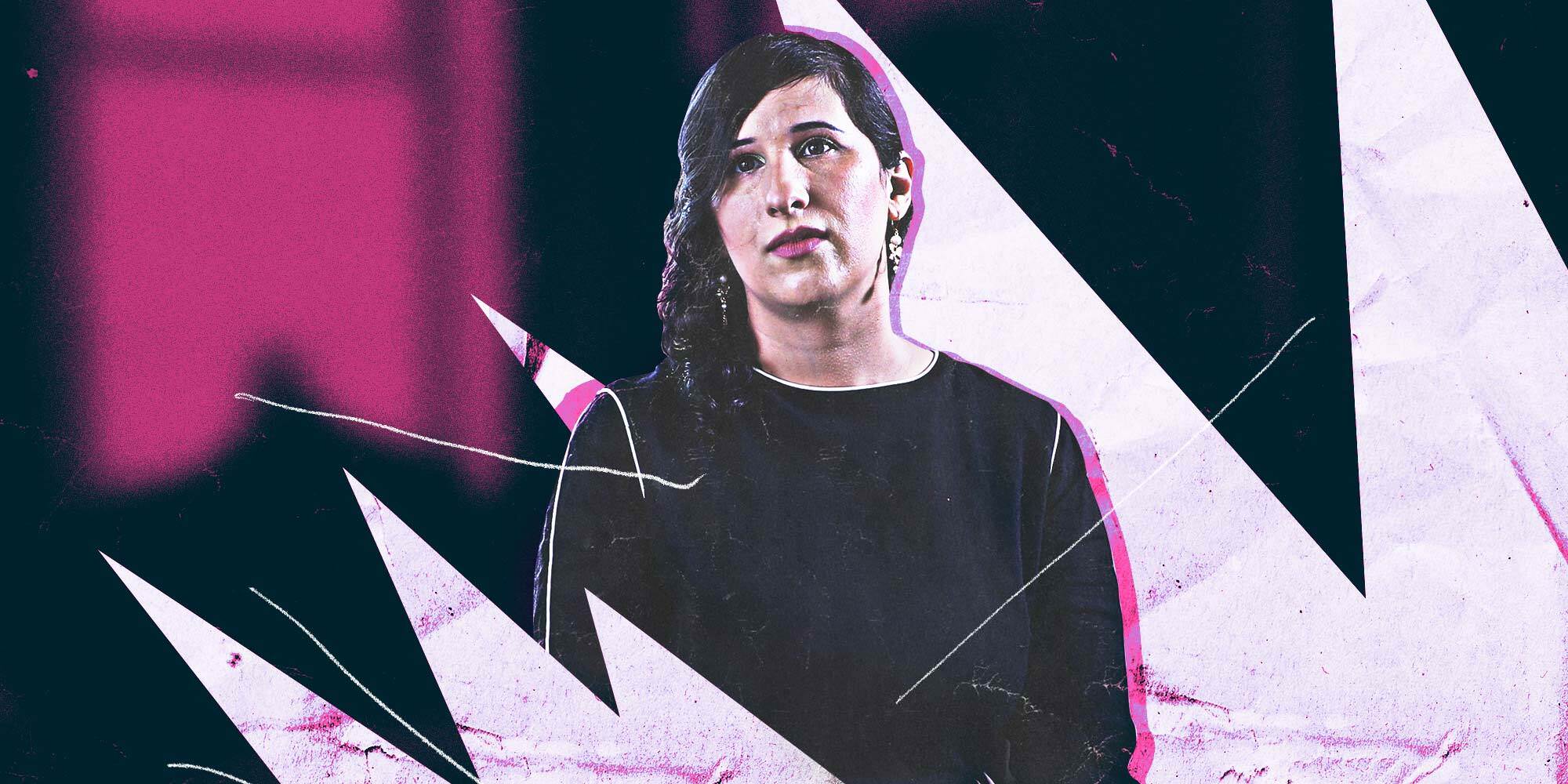 My name is Theodosia. By the time I was exploited on camera at 21, I had already been broken for eight years through sexual abuse and domestic violence.

When I was young, I suffered sexual abuse at the hands of an older woman. I didn’t realize it was abuse, but by the time I did, I was an early teen and I reported it to the police.

Shame started in the courtroom with my abuser

Reporting added new trauma that estranged me from all of my peers and the school community where it took place, and my young mind could not process the sentencing. In the courtroom, I received spiteful glares from a sea of faces I didn’t know who came to support my abuser, as if I was the one being accused and judged, and heard my perpetrator tell me they “forgave me” for reporting in front of the judge.

Going through court as a kid bludgeoned me with shame, as I was rejected by an entire community for speaking up, branded as a pervert by my community because the abuser was a woman and that must mean I was gay. I was stripped naked and tested for STDs in the forensic exam at the DA’s insistence.

The forensic exam was the first time my body and genitals were ever photographed. I will never forget being confused as to why the forensic nurses had to photograph parts of my body that had not been touched by my abuser for months, or ever been molested. When I saw my genitals displayed on the computer screen, to be later used as evidence in court, I couldn’t fathom the logic behind this, was mortified by the idea that my 14-year-old genitals would be shown to lawyers and judges despite no apparent injuries, and I thought my body was horrifically ugly.

After sentencing, I felt as if I had been marked in some unthinkable way.

I believed the lie that I was “bad” for speaking up against something I wanted to stop, and that lie became the belief that steered my life. It took me 11 years after my perpetrator was sentenced to understand that what transpired was a crime. A crime by an adult against a child that I was never to blame for, that love had nothing to do with it.

In those 11 years, the cycle of abuse continued unrelentingly, until abuse became my home.

I believed I could erase the first abuse with more abuse

Several more adults proceeded to use me as a “sex toy” after the first adult. Being exiled from my peers and cast away like trash, I couldn’t relate to other kids my age anymore, and gravitated to the familiar world of adults, enduring several more crimes that went unreported. In my shattered adolescent brain, I thought that if more adults slept with me, then maybe the original abuse could be over-written and the trauma of the original abuse could be diluted.

I had unsafe sex with grown men who owned bars during a summer in France at 15, flew across the country to meet men with rotting teeth that had solicited me on my internet journal who introduced me to sadomasochism—S&M, the giving or receiving of pleasure from acts involving the receipt or infliction of pain or humiliation—(I told my parents I was “visiting a friend in the city” for the weekend), slept with former heroin junkies who gave me infections every time we had sex because they didn’t bathe, and started living with a 28-year-old alcoholic at 17.

When I was finally of age and began dating a man just a few years older than me, what seemed like a dream romance became violent just a few months after we met. He read my journal, didn’t like what he read, broke everything in my room, then came to pick me up from work only to take me into the woods and beat me whilst he told me I was a “broken little girl” over and over again.

I believed violence was a language I understood

He told me that violence was the only language I could understand, and I believed him. After I reported him to the police, he had been arrested in front of his mother at his work, and his parents wouldn’t let me come to dinner anymore. I had to console his friends who were crying because they couldn’t believe he was capable of domestic violence.

I remember riding in the back of a Toyota Camry with his mom to get his record expunged, and I surrendered to the idea that I would have to console others when bad things happened to me, that no one really does care about crime victims and there’s really no point in speaking up about it. It was both my duty to both receive the abuse, and clean up the mess it made.

The commercial sex world seemed inevitable for me, and after answering an ad, I started doing bondage pornography at the end of our relationship, as if to succumb to the idea that being abused for pay was my career path.

I didn’t understand that I was just jumping from one fire to another, in this case, a blaze that would have me wanting death later on, just to quiet the pain.

I didn’t understand that the idea of the people I met in the industry were “like my real family” was a lie, because true family doesn’t make money off of your suffering, or forbid you to use your safeword because then you will be known as “fussy,” and make you continue in bondage off-camera in order to be paid for it on-screen.

After 10 to 12 hour days of being bound and tortured, in scenes that sought to mimic military torture and re-enact murder crime scenes, making videos with names with Worthless C— or Humiliation W— Gets Punished—where I was shocked with cattle prods, beat until I would cry so much I couldn’t breathe, given bruises that would take months to heal, and asphyxiated with plastic bags that the producer would urinate into—I would then be put in bondage for the duration of the night, either in a cage with a bucket for a toilet, or chained to a bed where the owner of the studio could have sex with me at will, or stuffed in a bag where I could not see and forced to sleep in bodily fluids.

The coercion and off-camera activity was well-known amongst models and a mandatory condition of employment, to the point where veteran models would simply groom new ones into the routine of things. If you wanted to work, you had to get used to it.

The years of having my innocence violated, being conditioned to violence, believing I was “bad,” and told that my worth was no more than my body is what created the doorway into pornography, and once inside, my wounds bled out for sexual entertainment. The more real my pain was, the more I cried from the depth of my depths, the more abuse I took, the more my videos were watched.

Every time someone watched me on screen, they were watching someone who had been so estranged from a healthy experience of love, that they stopped believing in love altogether.

Watching me on screen was watching me believe that I was unlovable, irredeemable, and that my only worth as a human being consisted of the amount of sexual pleasure I could provide another, at any cost to myself. I offered myself because I had already been stolen by the toxicity of my past.

A “yes” is only valid if “no” is a legitimate option.

“I’ve never received a beating like that before in my life,” said performer Alexandra Read after being whipped and caned for 35 minutes. “I have permanent scars up and down the backs of my thighs. It was all things that I had consented to, but I didn’t know quite the brutality of what was about to happen to me until I was in it.” 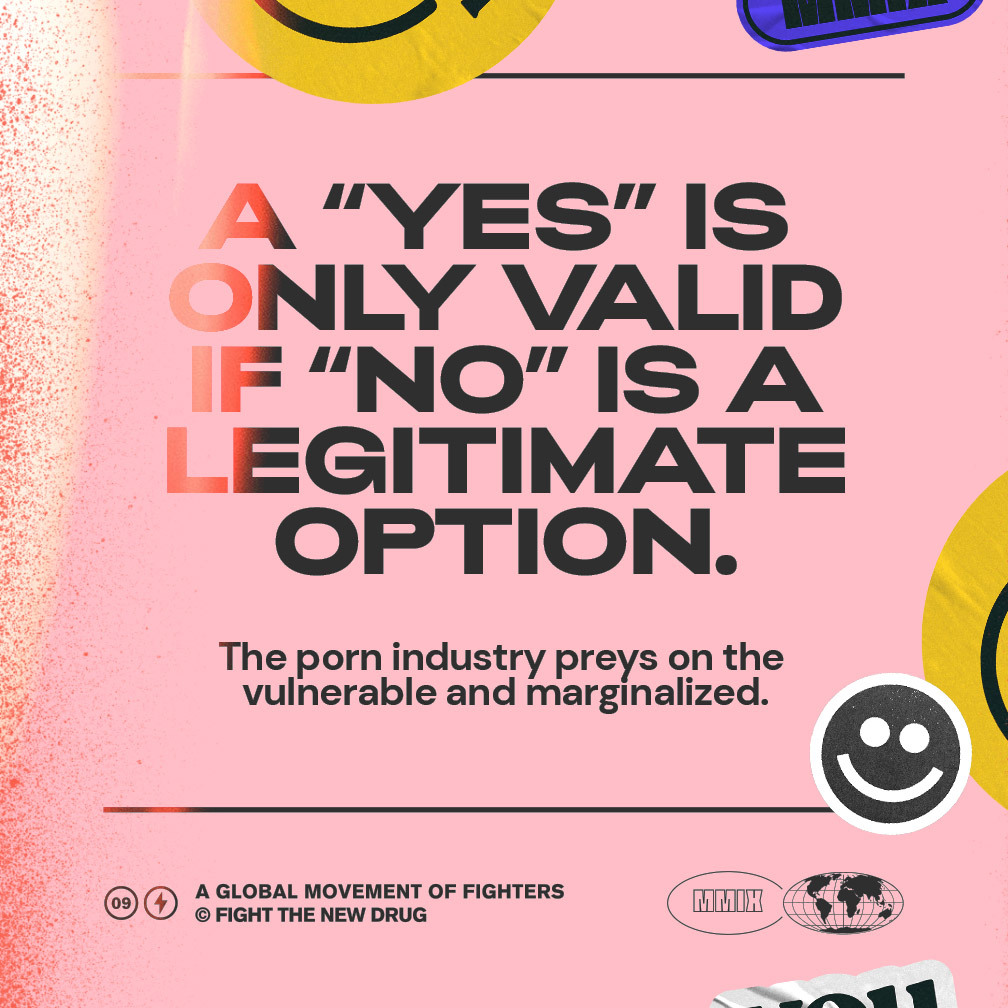