Here’s just one of her fire quotes from the speech, you can click here to watch the whole thing:

(Warning: the clip below has some strong language.)

The rest of this speech about how we topple the toxic patriarchy together and finally become a team with men Is available here… https://t.co/7qnQikNrkc pic.twitter.com/zEACRlfHvG

And with recent reports about the “Great American Sex Drought,” especially in young males aged 18-30, she hasn’t been afraid to offer a hot take:

I blame the internet for this. 🤷🏽‍♀️ https://t.co/oiZpaVrhQb

Whether you like it or not, a lot of people look to the causes that celebrities speak up on for inspiration on what they themselves should contribute to. And when stars use their public platforms to give visibility to this important issue, it makes that much more of a difference.

The main researcher’s conclusion was that “representations of male and female orgasm in mainstream pornography may serve to perpetuate unrealistic beliefs and expectations in relation to female orgasm and male sexual performance,” and that “the male orgasm is paramount.” Surprised?

And what about body image and self-esteem?

These studies and so many more are why we get so excited when we see celebrities speaking out about porn’s harms. Keep speaking out, Jameela—we’re with you. 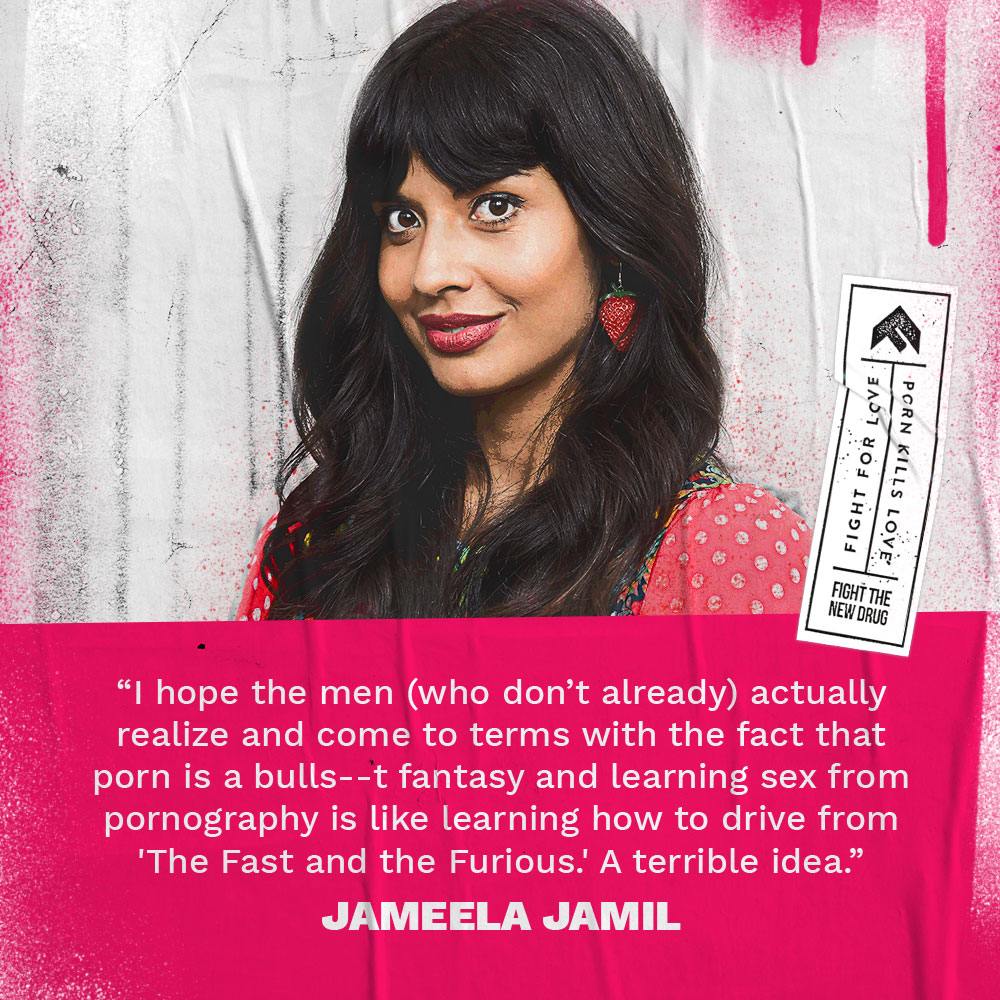