"I’ve gone on record countless times across a number of outlets solidifying my regret, shame, and disdain for anything related to this industry and they still think that 'great money' is the important thing, or enough to make me re-consider." 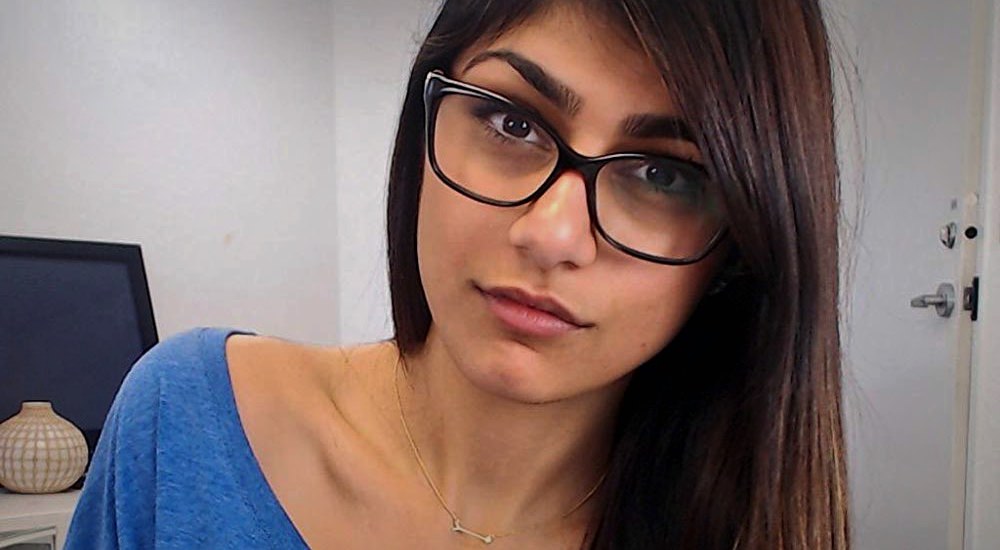 It is equal parts heartbreaking and hopeful to hear a former mainstream performer tell her story of what it was really like to spend time in the industry.

Mia Khalifa has one of those complicated and somewhat controversial stories worth telling, and we recommend reading the following with an open mind, free of judgment, shame, and victim-blaming.

In the past few years, Mia has unabashedly shared her ongoing fight with the mainstream industry.

Entering the industry out of rebellion

“I wasn’t doing it for money,” Mia told Armstrong. “I just wanted to let loose and rebel a little bit.”

“It didn’t validate me. Nothing like that ever does. That’s not what you should be doing to try and build your self-esteem…Looking back on it I don’t know what I was thinking.”

And all of this has happened—and continues to happen—without Mia’s renewed consent (though she independently creates her own suggestive “safe for work” content).

Either way, she’s essentially powerless in the face of production companies continuing to capitalize on decisions she regrets.

And the scariest part? They own that footage forever. They can use it to their advantage as long as they want, and their actions with Mia prove that many companies are totally willing to exploit performers for financial gain.

(FTND note: Mia’s Instagram and social media accounts contain suggestive content. We highly recommend not looking her up if you find suggestive photos to be triggering.) 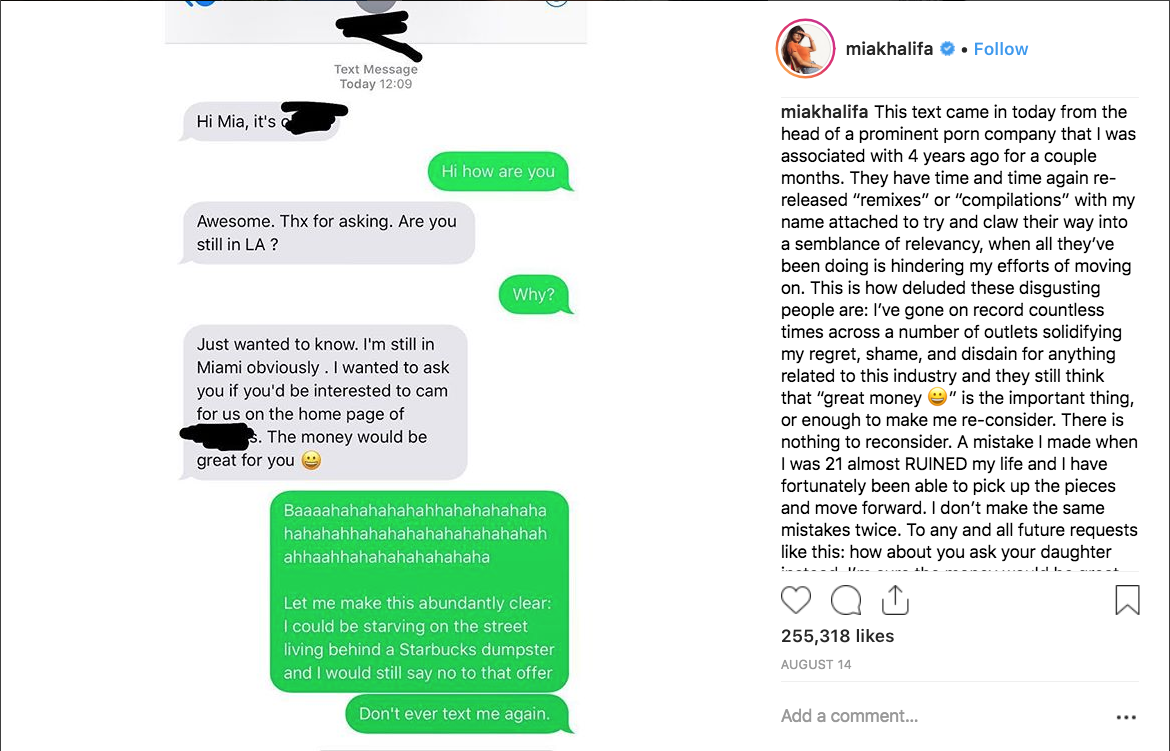 “This text came in today from the head of a prominent porn company that I was associated with 4 years ago for a couple months. They have time and time again re-released ‘remixes’ or ‘compilations’ with my name attached to try and claw their way into a semblance of relevancy, when all they’ve been doing is hindering my efforts of moving on. This is how deluded these disgusting people are: I’ve gone on record countless times across a number of outlets solidifying my regret, shame, and disdain for anything related to this industry and they still think that ‘great money 😀’ is the important thing, or enough to make me re-consider. There is nothing to reconsider. A mistake I made when I was 21 almost RUINED my life and I have fortunately been able to pick up the pieces and move forward. I don’t make the same mistakes twice. To any and all future requests like this: how about you ask your daughter instead. I’m sure the money would be great for her 😀”

Thus Mia, and performers just like her, are exploited over and over again.

Mia isn’t the only one in this situation.

“I’m going to accept that I’m Mia Khalifa now and try to be successful at that, doing something else,” Mia told Armstrong.

Who deserves our support more—the commercial industry that owns the footage, or the people behind the scenes?