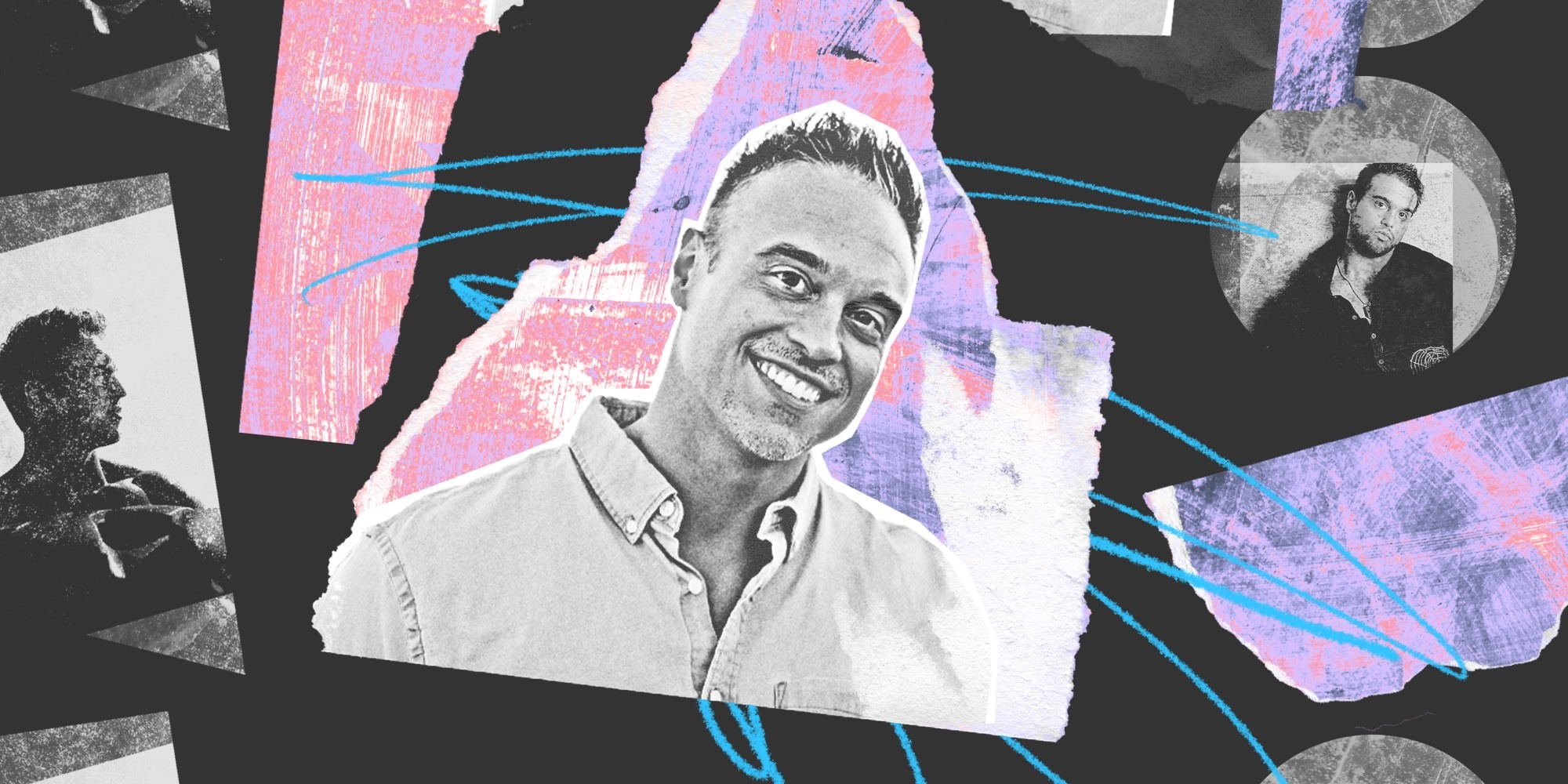 Some people may take a quick look at my fame and what to me felt like a fortune and say to themselves, “I would love to have that life.” But don’t jump to conclusions. My story is not a positive one, it is filled with loneliness, depression, and an identity crisis that I nearly led to me taking my life.

How it all started

I grew up in a small town called Pageland, South Carolina, which is the self-proclaimed watermelon capital of the world. It’s not, but we like to think it is.

My mom raised me at her parents’ home, which also included her sister and two brothers. Even though I lived in the same city as my father, we did not have a relationship as I grew up. My mother and I lived with her parents and siblings until she met a man who swept her off of her feet. Unfortunately, that same man physically and mentally abused her under the influence of heavy drugs, which left us broken, poor, and abandoned.

We moved into government housing, and then eventually some nicer apartments. My mom was a fighter, and I am alive today because she instilled in me an attitude of mental fortitude that did not allow me to give up. Even though I wore the mask of a popular confident teenage boy, I truthfully felt deeply inadequate, incapable, and overlooked. My feelings of rejection both scared me and drove me to feel like I had something to prove. It caused me to outwork most people, but it also caused me to be a flake and impossible to have any genuine relationships.

My childhood was relatively normal. I had friends, I played sports, and I eventually went to college. Like a lot of people, I embraced the freedom that came with college. I partied hard, I joined a frat, I hooked up with as many girls as I could, and I worked part-time jobs along the way. It was around this time I started watching a lot of porn and I really never thought much of it. But, there was always something inside me that caused me to cheat on girlfriends, leave friends hanging, not show up, and find any way I could to self-destruct any opportunity or relationship I had in my life.

Listen to Joshua Broome’s interview with Consider Before Consuming, a podcast by Fight the New Drug.

When arriving in Los Angeles, I stayed in a hotel for the first few days, and then, I found myself buying a wrap at McDonald’s where my debit card was declined. I was broke.

Luckily, I found a couch to surf on and he helped me find a job working at a restaurant/bar to make enough money to share an apartment with someone I didn’t even know. I was making a decent amount of money there, and then one night, a group of girls asked me if I had ever considered acting. I had done various modeling and acting jobs since I was 15, and at that time, I had aspirations of that becoming my career. They were talking about pornographic movies, though, not the mainstream acting I had been pursuing all along.

My debut in the world’s “sexiest” industry

The next thing I knew, I was signing a contract with the top adult agency, and I was promised endless fame. Just like that. I have always struggled with acceptance, and every word my new agent said spoke to my insecurities. So I did one film, and then another, and then another.

The shame and guilt rose to a point where I wasn’t numb to what I was doing anymore. I felt trapped. I believed that I couldn’t do anything else and depression set in.

I was to the point that sex and shaking a hand was all the same to me.  It didn’t matter if the other actor or actors were girls or guys it didn’t matter if it was one camera or five cameras with a crew of 20, nothing mattered anymore.  This went on for about six months, and then one day, I found myself wishing I would die. I was humiliated and had let my family down. I was sure they were embarrassed and wanted nothing to do with me.

The moment I came back to reality

One day, I walked into a bank to deposit a check, and the clerk said, “Joshua, is there anything else I can do for you?”

Because I was typically referred to by my stage name, this was the first time I had heard out loud my real name in months, years actually. I woke up. I saw myself as someone who was broken and needed reality. I needed my mom. I needed some sense of normal.

She welcomed me with open arms after I gave my apartment and everything but my clothes away to the first person I could find to take over my lease.

Now I was somewhere else and could forget about all I did. But, it was only a few days until customers at the grocery store I worked at recognized me. I then took a job at a gym, but soon enough, everyone knew my secret. This kept happening, over and over.

After some time, I had met a girl that was so innocent,  so perfect, so exciting, but I just knew, like many people, she would be disgusted with me if she knew. I was ready for rejection, so I told her everything. I told her all of my dark secrets, and can you guess her response? She accepted me for who I was at that moment and told me my past had no bearing on who I could become. Finally being honest felt so encouraging and freeing.

Realizing what I truly wanted, all along

The thing I had longed for was not fame, it was to experience love and acceptance. It was not money that I needed to feel like my life was worth something, but for someone to allow me the opportunity to feel valued.

The woman who saw potential in me, we have been together ever since. We have endured countless attacks and hurts because of my past, but we’ve had far more victories. We have been married for nearly five years, we have two sons, and together we operate a nonprofit where our passion is to reach young adults and equip them to form their own identities instead of allowing society and negative experiences to diminish their dreams.

Love is always worth the fight.

Joshua’s story is powerful and unique, but he isn’t the only former performer to pull back the curtain and expose the reality of the adult entertainment industry. 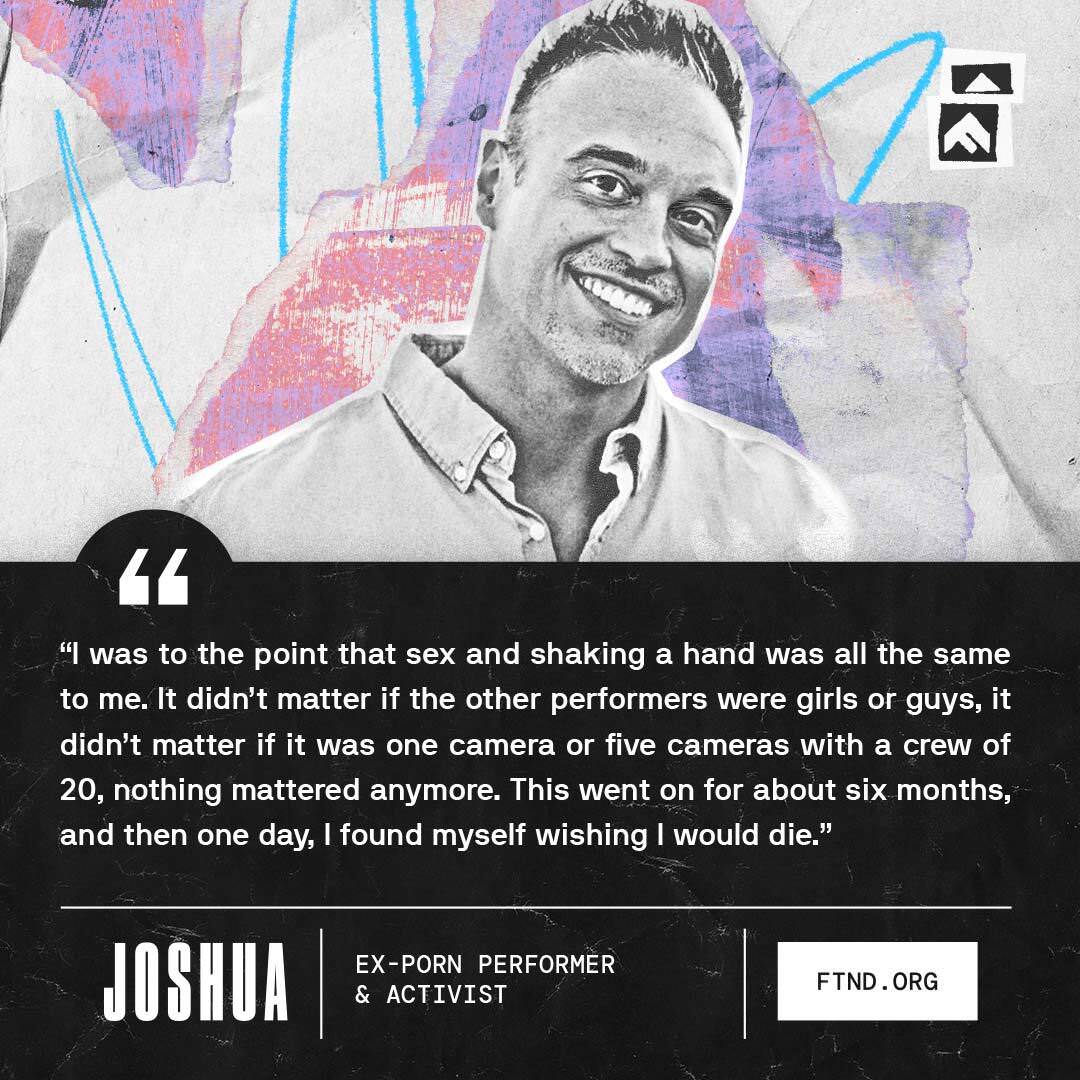