The Percentage of Sexless Twenty-Somethings is Now a Record High, but Why?

The share of US adults reporting no sex in the past year reached an all-time high in 2018. Experts cite everything from living with parents to increased screen time as the culprits.

By Fight the New DrugJanuary 22, 2020No Comments

Experts say that your sexual peak hits before 30 years old, but increasingly it seems that millennials are having worse—and less—sex than the generations before them.

The sex for sex itself isn’t what we’re concerned about, it’s the bigger picture of what these stats indicate.

According to reports, “the share of US adults reporting no sex in the past year reached an all-time high in 2018, underscoring a three-decade trend line marked by an aging population and higher numbers of unattached people.” 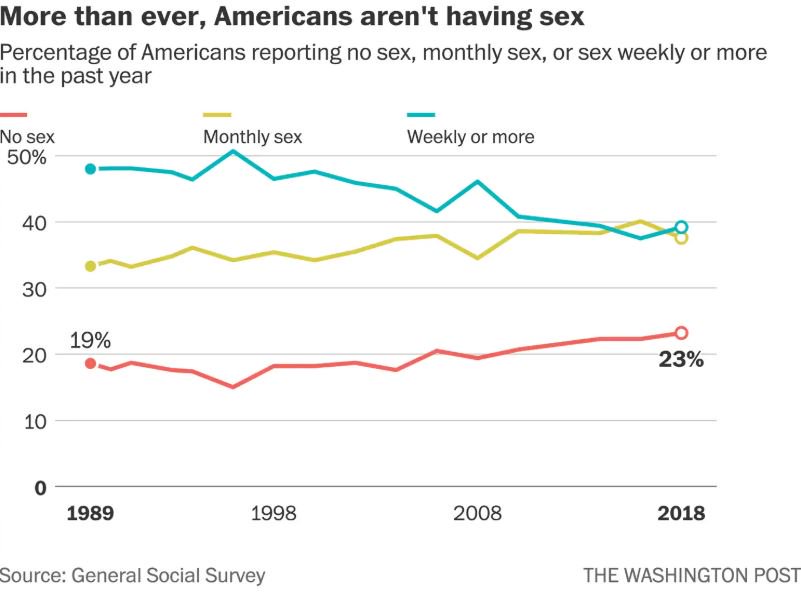 So between men and women, who is more likely to have fewer sexual encounters?

Among the nearly 1 in 4 adults—or 23%—who spent the year in a celibate state, a much larger than expected number of them were 20-something men, according to the latest data from the General Social Survey. 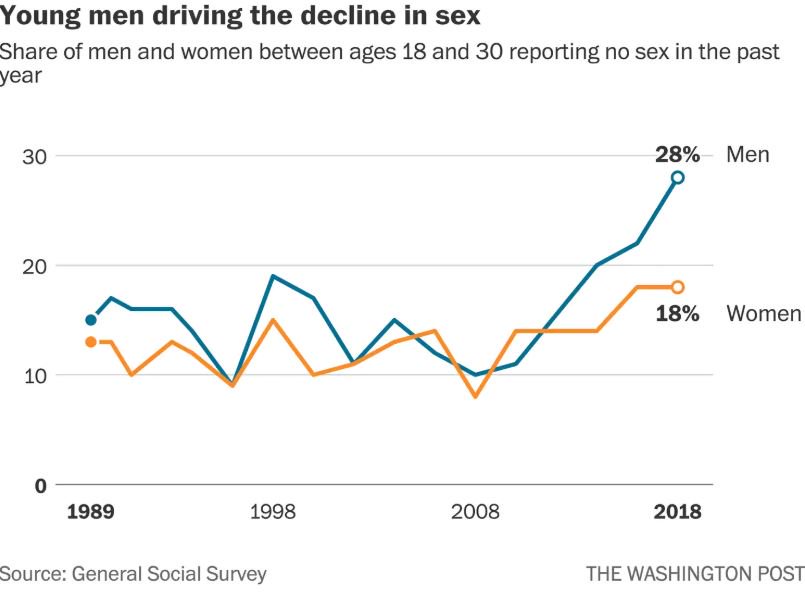 According to another study published in the journal Archives of Sexual Behavior, millennials born in the ‘90s are more than twice as likely to be sexually inactive as the previous generation, and are generally placing less emphasis on sex and relationships.

What is causing the Great American Sex Drought?

And if that’s what’s happening with millennials, who’s to say what the next generations will experience unless something changes?

Sex can be an important part of a committed and successful relationship, and as it turns out, more sex (had in a healthy and safe context) can make the world a happier place. What does having a “healthy context” mean, though? We don’t think sex is something to rush into or be careless about, but there are a few things that can help make millennial sex less terrible.

This one goes without saying, but things like stealthing and porn-inspired abuse don’t have any place in a healthy, consensual relationship that’s built on a foundation of mutuality, respect, and equality. Even though some people have claimed that the increased emphasis on consent is one of the reasons young people are having less sex, but that misses the critical point—rape isn’t sex, assault isn’t sex, and force isn’t sex.

More open discussion and consent is a healthy thing, and doing it the right way doesn’t make sex worse, it makes it better.

One of the reasons cited for the decrease in sex among young people is that there’s just too much screen time. This means that people aren’t actually taking the time to build real relationships, but also that dating apps, where physical appearance is the only criteria, is making it harder to actually meet people, because it’s so easy to dismiss potential partners with a single swipe.

Taking the time to get to know someone provides the opportunity to fall for their intellect or sense of humor, and not just their appearance, which is more likely to lead to a lasting and fulfilling relationship anyway. 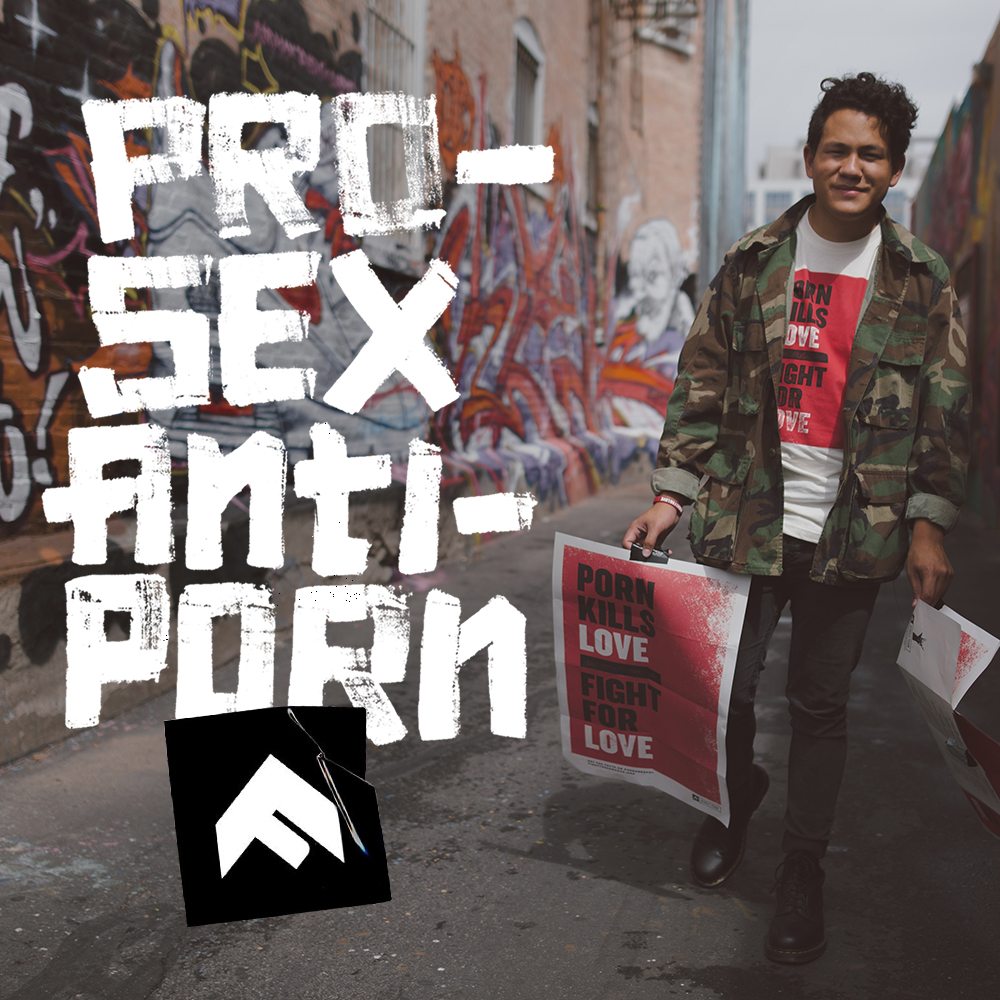