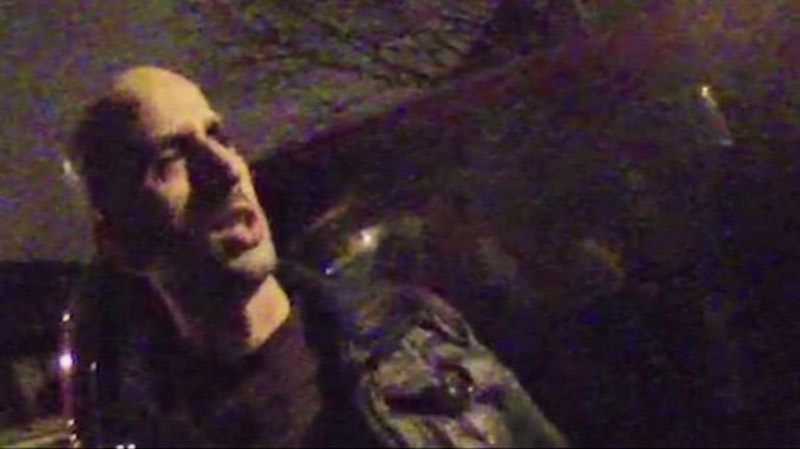 Tahir Mehmood is the hero of the hour after his quick response to call the police and rescue a woman from her sex trafficker.

Watch the moment that police arrived and saved this woman from being further exploited.

Romanian national Robert Enescu is a 28-year-old trafficker who put the woman in Mehmood’s taxi in Coventry, England. Once the woman and Mehmood were alone, she began crying.

Only a couple of days earlier, the Romanian woman arrived in the UK. She had answered an online job advertisement to move to the country and work as a massage therapist, but upon arrival, she was met with a terrible reality. Police later reported that the woman was three months pregnant and kept in a locked room in northern London with no food or heating, only a mattress and a bucket as a toilet.

Later, the woman was transferred to Coventry where it was clear Enescu intended to sex traffic her. In preparation, she was forced to wear lingerie and pose for pictures that were then shared with adult websites.

In the cab, Mehmood asked why the woman was crying. She eventually told the taxi driver that Enescu said she would be forced to sell sex. She admitted to Mehmood that she did not want to do it. Mehmood promised the woman the authorities would help her and called the police. When they arrived, they discovered the address her trafficker instructed Mehmood to drive the woman to was a brothel, and he had sent her away with a bag of 50 condoms.

The day after Mehmood’s rescue call, the police raided the brothel and found several Eastern European women who may have also been sex trafficking victims.

Enescu was arrested and found guilty of sex trafficking and sentenced to nine years in jail for his crimes. He jumped bail, and the police are still reportedly searching for him.

Too often we only imagine one kind of sex trafficking scenario: dramatic and cinematic, playing out like a Hollywood film, girls are kidnapped from their homes and flown across the world to be sold for sex in a distant land. There are, of course, horrible stories of children kidnapped and sold into sex slavery, but to exclusively imagine this scenario is to ignore the daily realities of sex trafficking that happens more often.

Sex trafficking is an unfortunate issue all over the world. It is often the result of poverty and lack of opportunity, where vulnerable people have little choice of employment to feed themselves or their families, thus making them targets for predatory traffickers. Sometimes young girls are tricked through the “boyfriend” method, where a girl is groomed to believe she is in a trusting relationship until she’s sold.

Then there are similar tactics like this Romanian woman’s story. In the past few years, the European Union has experienced huge growth in the illegal sex trafficking trade. This is not something anyone wants to be known for, and so Europol, the European Union’s law enforcement agency, is fighting back.

But just think of it. This woman’s nightmare came about simply by looking for a job.

Maybe you aren’t in an activist’s role fighting sex trafficking at the front lines. Maybe you are more like Mehmood and can keep your eyes and ears open when it is most needed. Or maybe neither of those situations will ever be your story. That’s okay, there is still a way to join the fight.

And regardless, OnlyFans does not require uploaders to verify the age or consent of all participants—only the account owner—which means that nonconsensual content can be easily uploaded to the platform.OnlyFans. Account approval/account application requirements. Retrieved from https://onlyfans.com/help/3/18/73Copy

The bottom line is this: pornography is the material means of sexual exploitation. It is the proof, the very evidence that commercial sexual exploitation occurred. And it is used again and again to promote the abuse of victims of sex trafficking.

Join us in stopping the demand and fighting back against sex trafficking and sexual exploitation.