Terry Crews is sharing everything from his mission to educate individuals about porn’s harms to being a beacon of hope for those who feel stuck in their own recovery.

By Fight the New DrugNovember 16, 2022No Comments 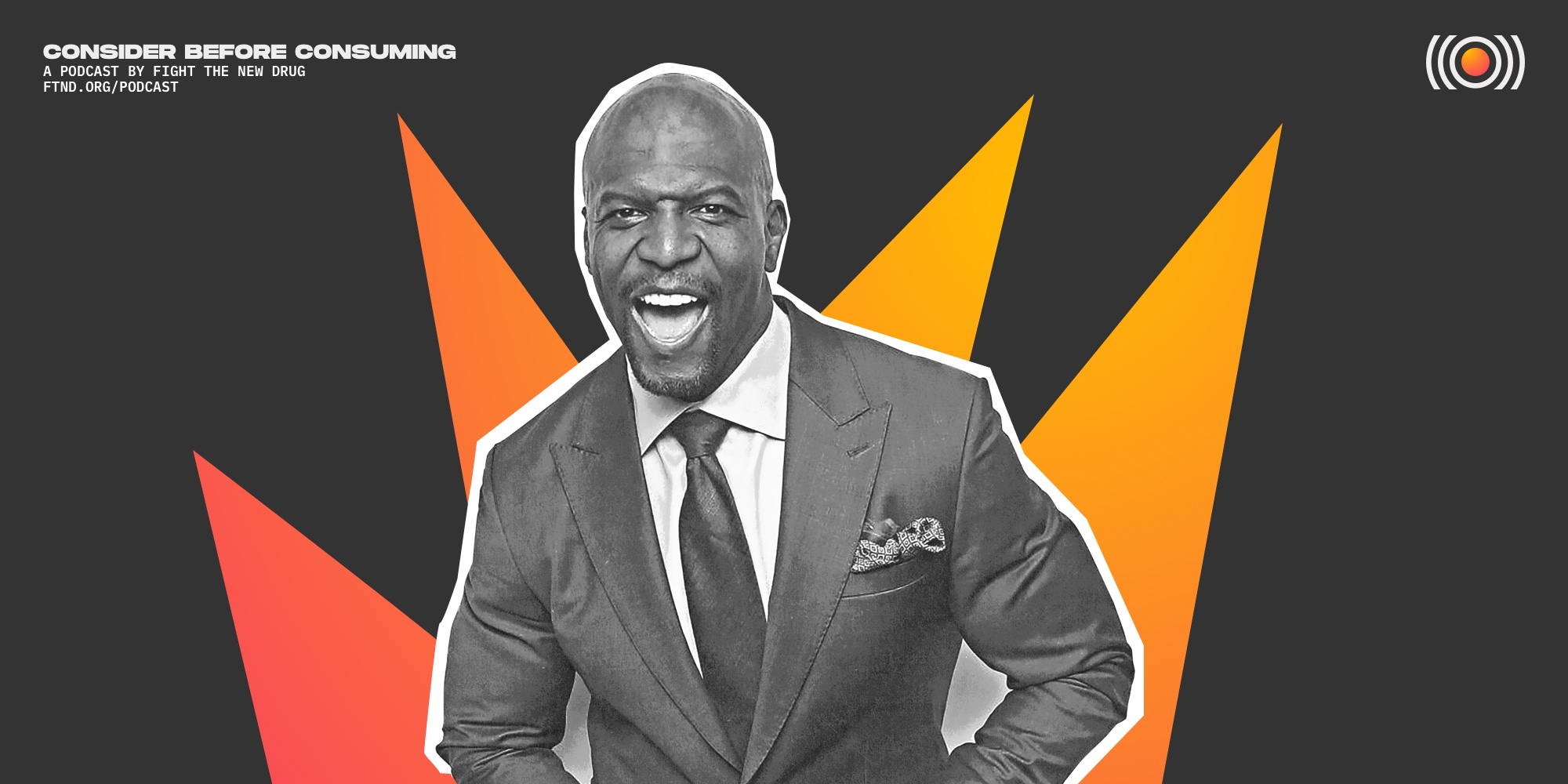 Many people know former NFL player Terry Crews for his viral Old Spice videos, YouTube fame, and as the host of America’s Got Talent.

He’s also a force to be reckoned with in Hollywood, having starred in the hit TV series “Everybody Hates Chris” and “Brooklyn Nine-Nine,” and popular movies like “White Chicks,” “The Longest Yard,” “Bridesmaids,” and “The Expendables.”

Amidst the COVID-19 pandemic and inviting individuals to have a #PornFreeQuarantine, Terry Crews had a chat with host Garrett Jonsson on our Consider Before Consuming podcast—sharing everything from his bold mission to educate individuals about porn’s harms to being a beacon of hope for those who may feel stuck in their own recovery journey. Give it a listen here.

In the words of Crews, “Sex is medicine. Pornography is drugs.”

He opens up about telling Rebecca, his wife of over 30 years, about his struggle and how this ended up being monumental to healing and identifying his own “why’s” for turning to pornography from such a young age. He says he’s since experienced healthy sex and connection that’s “redeeming, powerful, wonderful, and invigorating.”

Pornography is a counterfeit, and true connection is energizing and healing. Being vulnerable, something Terry says was difficult for him at first and is for many men, is essential for recovery.

While Crews wishes he could go back and change many things about his past, what he chooses to focus on now is helping others—particularly men or young people who want to quit and feel like they can’t.

Seeing others as human beings worthy of love and respect—including yourself—is what heals, and it’s what this world needs more of.

If you want to join Terry Crews and help change the conversation, we invite you to rep the movement by visiting the Fight the New Drug online store, and get educated by streaming our three-part documentary Brain, Heart, World for free!

And as you go about your day, we invite you to increase your self awareness. Look both ways, check your blind spots, and consider before consuming.