Cover photo credit to Getty. 6 minute read. Popular Smallville actress Allison Mack was arrested recently in Brooklyn for her alleged involvement in what authorities described as an... 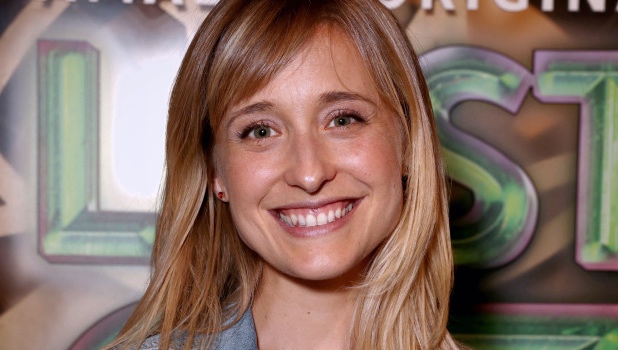 Popular Smallville actress Allison Mack was arrested recently in Brooklyn for her alleged involvement in what authorities described as an abusive sex cult that was associated with a larger umbrella organization called “NXIVM,” according to recent reports.

Apparently, she is a victim of the group as well as one of its chief perpetrators, a self-styled whistleblower told Newsweek.

NXIVM (pronounced nex-e-um) is a company founded by a guy named Keith Raniere, who along with Mack, is facing charges of sex trafficking, sex trafficking conspiracy, and forced labor conspiracy.

Exploitation and sex abuse in a secret society

DOS, an alleged secret society within NXIVM, is allegedly the subgroup in which sex trafficking activities took place.

Raniere told young women that NXIVM was a self-help organization. Officially, Albany-based NXIVM offers “Executive Success Programs Inc.—programs that provide the philosophical and practical foundation necessary to acquire and build the skills for success.” Many well-known actors and actresses have enrolled in the courses over the years.

Mack’s individual experiences within the NXVIM are unclear, but in court documents, prosecutors paint a disturbing picture of what the women Mack recruited went through. Members were “slaves” who reported to “masters,” and worked to move up a ladder of “enlightenment.” Prosecutors believe Mack was near the top of the pyramid with Raniere and “directly or implicitly required” her slaves to engage in sexual activity with Raniere. They were also subject to humiliating practices, including losing weight in order to meet Raniere’s standards of beauty and having sex with him.

Documents describe “branding ceremonies,” in which women were held down by others while naked and filmed while being branded with a cauterizing pen.

“I think where we’re in a moment in time where we realized that there are a lot of secrets in [the entertainment] industry and it is our obligation to look really closely at all these circumstances, understand them, and be really intolerant of exploitation,” said Lauren Hersh, a former prosecutor and national director of advocacy group World Without Exploitation.

Also, in CNN’s report on the issue she said, it’s important to understand that sex trafficking is not just something that happens to “foreign-born victims in faraway places.”

“And I think it’s an issue we all…need to understand because I think this highlights how vulnerabilities come in all shapes and sizes,” she said. “So in order to prevent it—I mean, there are many things that need to happen—but we all need to be aware of these circumstances.”

Who can traffickers be?

According to anti-trafficking organization The Polaris Project, traffickers (both labor and sex trafficking) can be lone individuals or extensive criminal networks. Pimps, gangs, family members, labor brokers, employers of domestic servants, small business owners, and large factory owners have all been found guilty of human trafficking. Their common thread is a willingness to exploit other human beings for profit. Not cool.

Sex traffickers use violence, threats, lies, debt bondage, and other forms of coercion to compel adults and children to engage in commercial sex acts against their will, according to the Polaris Project. Under U.S. federal law with the Trafficking Victims Protection Act, or TVPA, sex trafficking is defined as a situation in which “a commercial sex act is induced by force, fraud, or coercion, or in which the person induced to perform such act has not attained 18 years of age.”

And if you think men are the only ones who traffic and exploit vulnerable people, you might be surprised. Increasingly, women traffic other women, too, as we’ve seen in this news story.

In other words, the same actions that Mack and Raniere are accused of are marketed as sexual fantasy and entertainment to anyone with an internet signal and a device with a screen. How is this acceptable?

How you can help

Learn to recognize the signs of trafficking, and know what local law enforcement agency to call if you see something. Get involved with local anti-trafficking organizations by seeing which ones are in your specific area. Together, our voices make a difference, and together, we can end sexual exploitation and sex slavery.