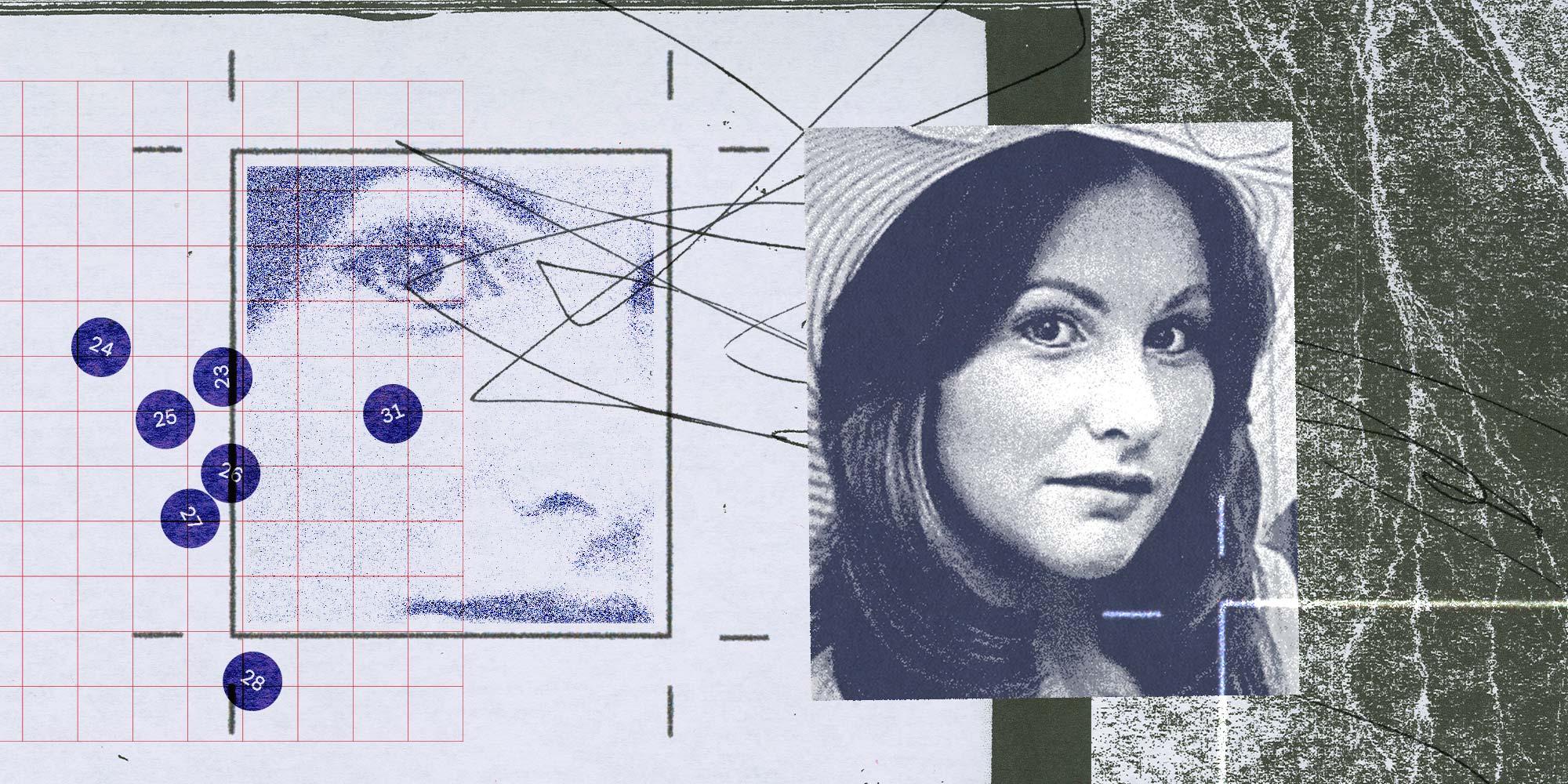 Even so, a lot of people have a similar mindset as this guy who messaged us on Facebook, or this woman who tweeted at us:

Trigger warning: We did our best to find quotes that weren’t too explicit while still preserving the authentic nature of the stories. Regardless, many may find the following accounts to be graphic, disturbing, and/or triggering.

She starred in one of the most popular pornographic films of the era, but it was later revealed that she was reportedly coerced into appearing in this production.

Later in life, Linda became an advocate for the anti-porn movement, sharing her story around the world.

They spread my legs this way and that, shoving their things at me and into me, they were playing musical chairs with parts of my body. I have never been so frightened and disgraced and humiliated in my life. I felt like garbage. I engaged in sex acts for pornography against my will to avoid being killed. The lives of my family were threatened.”Catharine A. MacKinnon, Are Women Human? (Cambridge, MA: Harvard University Press, 2007)Copy

Dozens of women in San Diego

It was 21 days after “Jane Doe’s” 22nd birthday when she boarded a flight to San Diego, California, that, unbeknownst to her, would change her life forever.

But what most of GirlsDoPorn’s millions of viewers did not realize was that Jane—and many other women involved with GirlsDoPorn—was actually a victim of sex trafficking.

Even after she tried to run away, the men physically forced her to comply. With no way out, Jane was violently raped on camera for over 6 hours.

Although the GirlsDoPorn owners were eventually charged with sex trafficking, they had millions of viewers and operated unchecked for 11 years, despite numerous victims’ desperate pleadings to have the content removed.Cole, S., & Maiberg, E. (2020). Pornhub doesn't care. Vice. Retrieved from https://www.vice.com/en/article/9393zp/how-pornhub-moderation-works-girls-do-pornCopy  As Jane put it in our interview with her about her experience, “I didn’t know if they were going to kill me. Watching the video now, I can see it in my eyes. The quivering of my lips and my voice, I know exactly how I was feeling in that moment. But to anyone else who sees it, they see what they want and they think I was complicit.”Fight the New Drug. (2021). “I Didn’t know if they’d kill me”: What happened when this Jane Doe was trafficked by GirlsDoPorn. Retrieved from https://fightthenewdrug.org/what-happened-when-this-jane-doe-was-trafficked-by-girlsdoporn/Copy

For years, a woman named Jodi was held captive by Marcus, her former boyfriend.https://www.unodc.org/cld/case-law-doc/traffickingpersonscrimetype/usa/2007/united_states_v._glenn_marcus.htmlCopy

Marcus received all revenues from the website. Jodi said she did not want to continue working on the website, but was afraid of the consequences if she refused.

On one occasion, Marcus tied Jodi up, forced her onto a table, and then put a safety pin through her genitalia, while she screamed and cried. Marcus posted photographs from this incident on the website and directed Jodi to write a diary entry about it for the website.

When Jodi told Marcus she could not continue in this arrangement, he threatened to send pictures of Jodi to her family and the media. On the basis of these and similar occurrences, a jury found Marcus guilty of both sex trafficking and labor trafficking.

Dozens of women from Southern Florida

A former Miami policeman spent “the majority of his waking hours stalking female models online” for a number of years.http://www.miaminewtimes.com/news/emerson-callum-and-lavont-flanders-convicted-of-making-rape-porn-6559908Copy

Using a laundry list of aliases, he contacted hundreds of women and lured a number of them to fake modeling auditions in South Florida.

Once they arrived, he secretly drugged them and took them to another location where a “heavyset, tattooed man” would rape them on camera. This footage was then sold online and to pornography stores. Some victims didn’t find out about the videos until they were alerted by friends or complete strangers.

“Some of the victims do not remember anything until the following day, when they awoke, half-naked and semiconscious, either in their own cars or in their hotel rooms, sometimes covered in vomit or urine,” prosecutors wrote in a court document.

These two men, Lavont Flanders, Jr. and Emerson Callum, were found guilty of sex trafficking and sentenced to life behind bars.

In 2007, a young woman was featured on the cover of a prominent pornographic magazine, with a full story and photo spread within.https://archives.fbi.gov/archives/kansascity/press-releases/2011/kc033011a.htmCopy

However, she was not a willing participant in these proceedings. In fact, she had spent several years as a sex trafficking victim.

Beginning before her 17th birthday, the victim (referred to as “F. V.”) endured 6 years of torture, sexual assault, genital mutilation, and being sold for sex at the hands of her traffickers. In total, six individuals were charged with varied degrees of involvement in those crimes. Her primary traffickers were Edward and Marilyn Bagley, a married couple.

F.V. first met Edward Bagley in 2002 when she was 16 years old and dating his teenage son. She visited his trailer residence on numerous occasions. During visits to Bagley’s residence, she was shown images and videos of pornography, including images and videos of bondage and sadomasochistic activities.

According to a federal indictment into the Bagleys’ crimes, they invited FV, who was 16 years old at the time, into their trailer after she ran away from home in December 2002. They promised FV, who had grown up in foster care homes, a “great life,” and promised that they would help her to become a model and a dancer, the indictment says.

The Bagleys told F.V. that she would love being a “slave” for them. Edward Bagley began a sexual relationship with F.V. shortly thereafter.

Over the course of the next six years, F.V. suffered the most brutal sadistic acts of torture possible, including genital mutilation, whipping and flogging, suffocation with plastic bags, strangulation, and being locked in a dog cage. Edward Bagley photographed and videotaped many of the acts he performed on her, and between February 2004 and February 2009, he tortured F.V. on live webcasts on the Internet. The Bagleys threatened F.V. if she did not do as instructed, many times showing her how they’d bury her alive if she did not comply.

To ensure that the victim would remain “obedient,” they tattooed a barcode on her skin, with the Chinese character “slave” for added measure.

The Bagley couple allegedly earned approximately $112,200 from F.V.’s work. According to the indictment, Edward Bagley punished F.V. with torture and physical and sexual abuse for failing to be a top earner at the adult entertainment clubs where he had her dance and strip.

The vast majority of human trafficking victims come from vulnerable populations, and of the approximately 24.9 million victims of forced labor, an estimated 4.8 million—about 19%—are trafficked for sex. Even more disturbingly, more than 1 in 5 sex trafficking victims—an estimated 21%—are children.International Labour Organization. (2017). Global estimates of modern slavery: Forced labour and forced marriage. Geneva: Retrieved from https://www.ilo.org/wcmsp5/groups/public/@dgreports/@dcomm/documents/publication/wcms_575479.pdfCopy

You can read this much more extensive research-packed article to learn about each connection.

You can hate something. You can be outraged by it. But if you continue to sustain and engage with an industry that helps give it life, what is your outrage worth?

Make it count—be a voice against sexual exploitation and help stop the demand for sex trafficking by refusing to consume pornography.