In Order to Fight Child Sex Abuse, We Need to Stop Fetishizing It 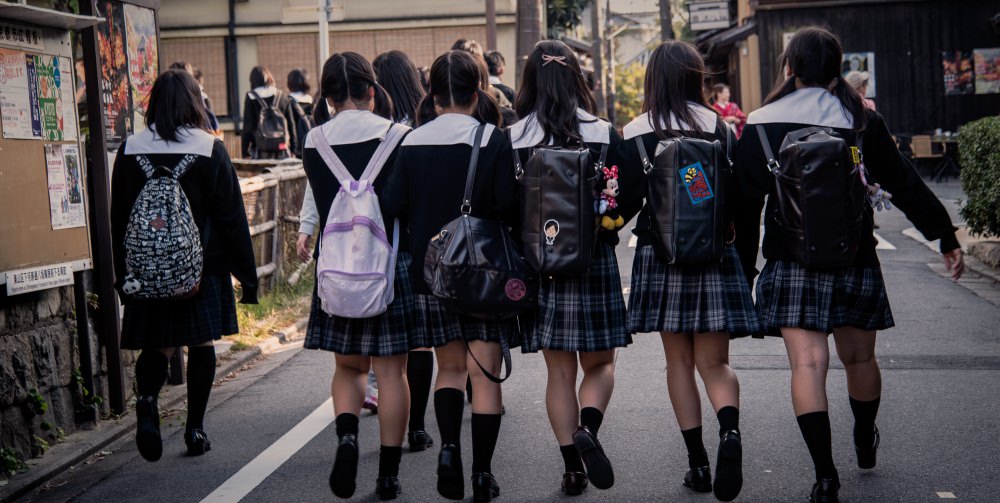 This post was originally published on Verily by Stephanie Murray. It has been featured here and lightly edited for content with permission from the author. 6-minute read.

In Order to Fight Child Sex Abuse, We Need to Stop Fetishizing It

“You could make a lot of money stripping.”

Once, while working a shift at Starbucks during college, my sister was encouraged by a coworker who used to be an exotic dancer. My sister rolled her eyes and joked that stripping probably wasn’t the best career track for someone who is under five feet and looks like they could be 12. My sister is very petite, standing at just under 4 foot 9 inches, with a slender frame, large eyes, and a perky, cheerful face. Even now at 27-years-old, she is regularly mistaken for a teenager.

“Oh, you could definitely strip,” her coworker reassured her. “Guys are really into that now.” According to my sister, she’s been told some version of the same thing many times before: that men will still be sexually attracted to her, not because she is, in fact, a beautiful woman, but because a lot of men “are into” women who look like little girls.

My sister’s conversation is a symptom of a very big cultural problem. We’ve got a serious problem with the sexual abuse of minors, but if you pay even cursory attention to the news, you already knew that.

In one form or another, sexual misconduct involving the underage has become a mainstay in our news cycle. There’s the steady stream of high profile investigations: Jeffrey Epstein, R. Kelly, Kevin Spacey, Larry Nassar. The staggering increase in images of child sex abuse online. The list goes on. Whether this kind of abuse is on the rise or simply more visible these days is hard to say. Either way, we have a crisis on our hands.

Many of us recognize that and are actively seeking ways to ensure justice for victims and protection for the vulnerable. But the extent of this epidemic is jaw-dropping and warrants a reassessment not just of our legal system, but our entire culture.

This stuff is no longer tucked away on the dark web, but advertised on Pornhub’s front page.

For example, roleplay that mimics predatory scenarios is a mainstay of our sexual culture. Naughty schoolgirl and “jailbait” narratives are so common they’ve become cliché. It’s increasingly common for women to call their partners “daddy” during sex, which many insist has less to do with actual incest than as a means of submitting to a dominant male authority figure.

DDlg stands for Daddy Dom/little girl, usually with only the Daddy getting capitalization. With this kink, men take care of their “littles,” providing toys and discipline. The littles, in turn, bring a joyful innocence to the relationship. The DDlg community thrives on Tumblr, where different blogs are set up for DDlg secrets, personals, and blogs for women who describe themselves as being “Mentally age 3-6, physically all grown up.”

And then there are all the ways that prepubescence has been tangled up with the hypersexual portrayal of women in the media, advertising, fashion, and pop culture. To be clear, I’m not just talking about the sexualization of prepubescent girls—a real and very much related problem unto itself—but the fetishization of prepubescence itself, and all the things we associate with it: innocence, vulnerability, pigtails, and lollipops.

A classic example of this is the 1970s Love’s Baby Soft ad campaign, featuring a grown woman in a white ruffled dress suggestively licking a lollypop with the tagline: “Innocence is Sexier than You Think.” But the spirit of infantilizing grown women and sexualizing the innocence and vulnerability of youth is very much alive today. Plenty of brands feature advertisements that toy with the idea that child-likeness is sexy, featuring adult women coyly sporting all the trappings of childhood: pigtails, baby doll dresses or plaid miniskirts, Mary Jane shoes and ruffled socks, bubblicious, lollipops, ice cream cones, and so on.

Sometimes this kind of thing feels like a modern version of the Emperor’s New Clothes, in which we’re all supposed to pretend not to notice that grown women are dressing like sexy six-year-olds. We have negligees that are called “baby dolls,” a name popularized by a 1956 movie of the same name in which two men pine for the virginity of a 19-year-old who still sleeps in a crib, wears childishly short nightgowns, and sucks her thumb.

Every Halloween, women dress up as sexy versions of little girls: Goldilocks, Little Red Riding Hood, Girl Scouts, and school girls. I hate to call anyone out, but Ariana Grande, with her “uniform of bubblegum lampshade dresses and thigh-high boots, with their uneasy mix of sybarite and schoolgirl” is essentially the pop culture poster child (err woman) for this kind of thing.

I’d even go so far as to say that our sexual fixation with prepubescence has altered what we think of as the “ideal” female figure. This is evidenced by the fact that many women I know routinely remove their pubic hair, and go to great lengths to maintain a thigh gap and remove any fat from their lower abdomens.

Individually, these examples might seem fairly innocuous. Is it unacceptable for two consenting adults to roleplay a schoolgirl fantasy? I don’t know.

But I do think the ubiquity of such a fantasy is an indication of the degree to which we’ve come to view schoolgirls—children—as sexual objects. Collectively, all of this seems to suggest that there is something rotten in our sexual culture, something we should be actively working to root out. I simply refuse to believe there isn’t something wrong with a society in which fetishizing prepubescence is the norm.

This is not an attack on people who like to cheekily refer to attractive, older men as “daddy,” and certainly not an attempt to claim that we’re all pedophiles. Instead, this is a call for all of us to reflect on our society’s sexual norms, to acknowledge that our culture fetishizes children, and to confront the degree to which we’ve allowed this culture to influence our own desires and how we as individuals may perpetuate it.

Click here to read the original article on Verily.