By Fight the New DrugJanuary 7, 2020No Comments

And in too many cases, it’s harmful to people who want nothing to do with it, but are tricked, forced, or coerced into being a part of it.

Unfortunately, society doesn’t understand this yet, so we’re doing something about it. Watch the video below for a simple summary of this global issue.

A conversation worth starting 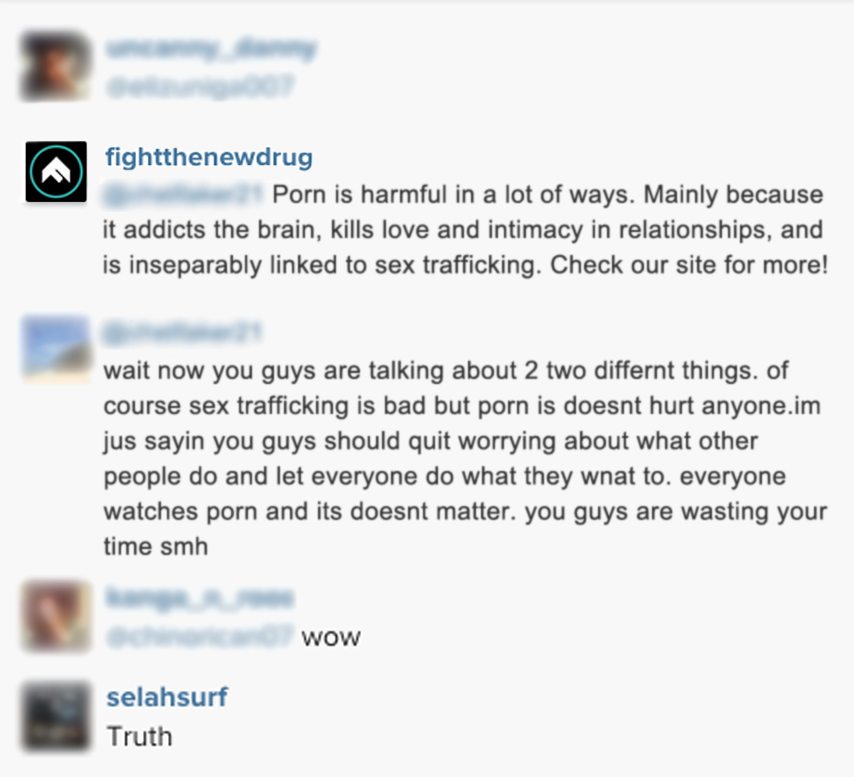 Unfortunately, this isn’t an uncommon response we get.

You may be asking, how does this all tie back to the average consumer at home? If you log onto one of those mainstream sites, there’s no way you’re looking at trafficked men, women, boys or girls, right?

Not exactly. Truthfully, in this digital age, there is no way for a consumer to tell if what they are watching was made illegally or if all parties are of legal age, or there willingly without fraud, force, or coercion.

The takeaway from all of this? Consent can’t be confirmed.

Sometimes, pornographic images and videos are fringe “products” from victims being sold for sex. Sometimes, recruiters specifically use force, fraud, or coercion to ensnare vulnerable or unsuspecting people into performing sex acts on camera. 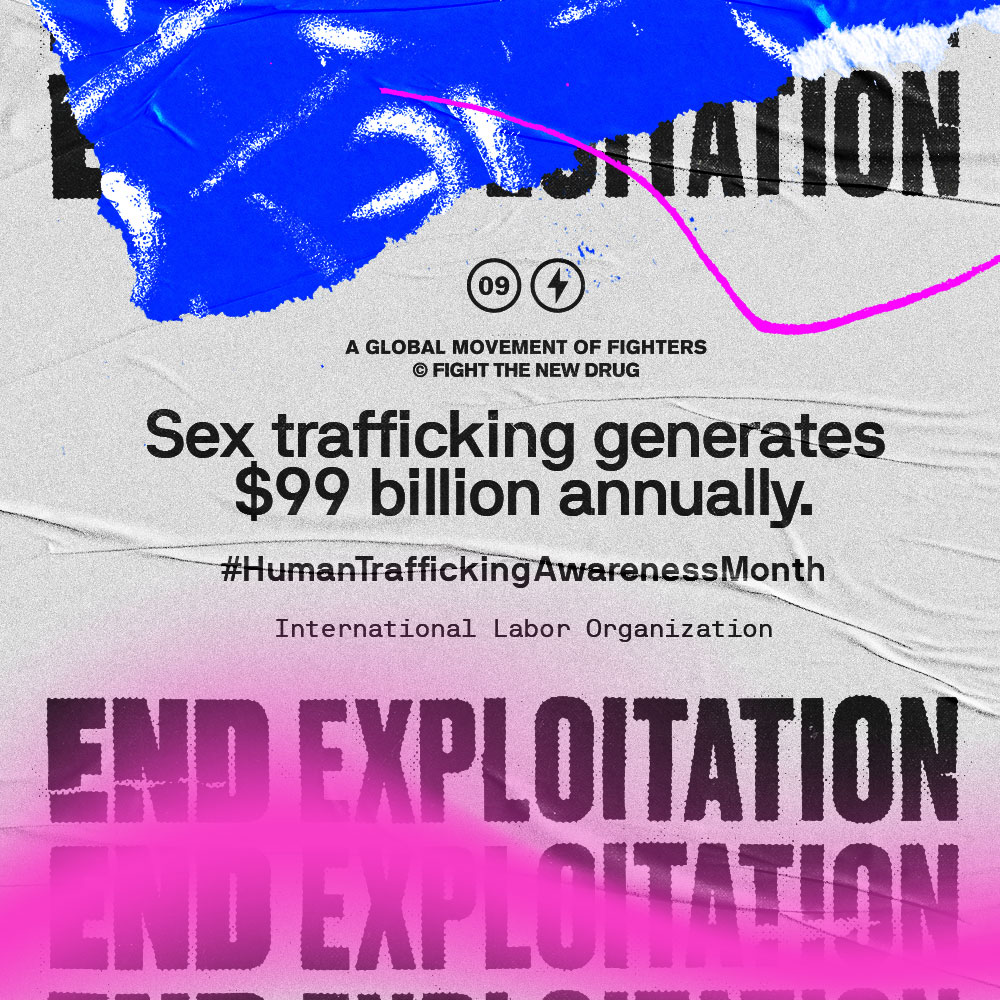