“When I was two years old, I was sold into human trafficking and was taught that children needed to allow grown men to use their bodies.”

By Fight the New DrugJanuary 16, 2020No Comments

When I was two years old, I was sold into human trafficking and was taught that children needed to allow grown men to use their bodies. The sexual abuse began when I was three years old, when 13 grown men raped me. From there, the assaults and the violence grew.

The 7 of us kids in the basement I was kept became currency. We were traded and sold for guns and drugs. We were raped multiple times a day. Videos were taken of us, and we were forced to perform with each other and with other adults. Those same videos were then sold as well as a “souvenir” for their time with us.

I lived within the confines of human trafficking for over 15 years. When I finally escaped the physical prison, my mind stayed behind. Violence was the only thing that turned me on. I was too afraid to have sex because I had been hurt for so long and my body was badly scarred and branded with razors and knives and burns from my assailants. The idea of sex made me vomit. But there was still a twisted desire in me for pleasure.

Thankfully, I reached out to the right person who has walked with me as I found professional help and fought this addiction with me. And while I can still see it in my rearview mirror, it’s behind me. I’m coming out from the darkness. It took realizing that my addiction was feeding the same human trafficking I ran from and that it was holding me bound to that prison.

I can honestly say that at this point in my life I’m owning my story and 100% comfortable with it being shared but probably for my own safety, since you are a national organization, anonymously.

Thank you for your support!

Common ties between exploitation and pornography

The Trafficking Victims Protection Act more specifically defines sex trafficking as a situation in which “a commercial sex act is induced by force, fraud, or coercion, or in which the person induced to perform such act has not attained 18 years of age.” [1]

Trafficking and pornography are often the same thing

There are “supply-and-demand” connections: the simple fact that pornography—especially when viewing habits and fantasies involve violence or other fetishes—increases the demand for sex trafficking, as more and more consumers want to act out what they see.

And then there is the risk factor connection: the fact that, along with poverty and substance abuse, a child growing up in a home where pornography is regularly consumed is far more likely to be trafficked at some point in his or her life. [4]

But what’s the biggest, most surprising connection between pornography and trafficking? It’s this: they’re often the same thing. 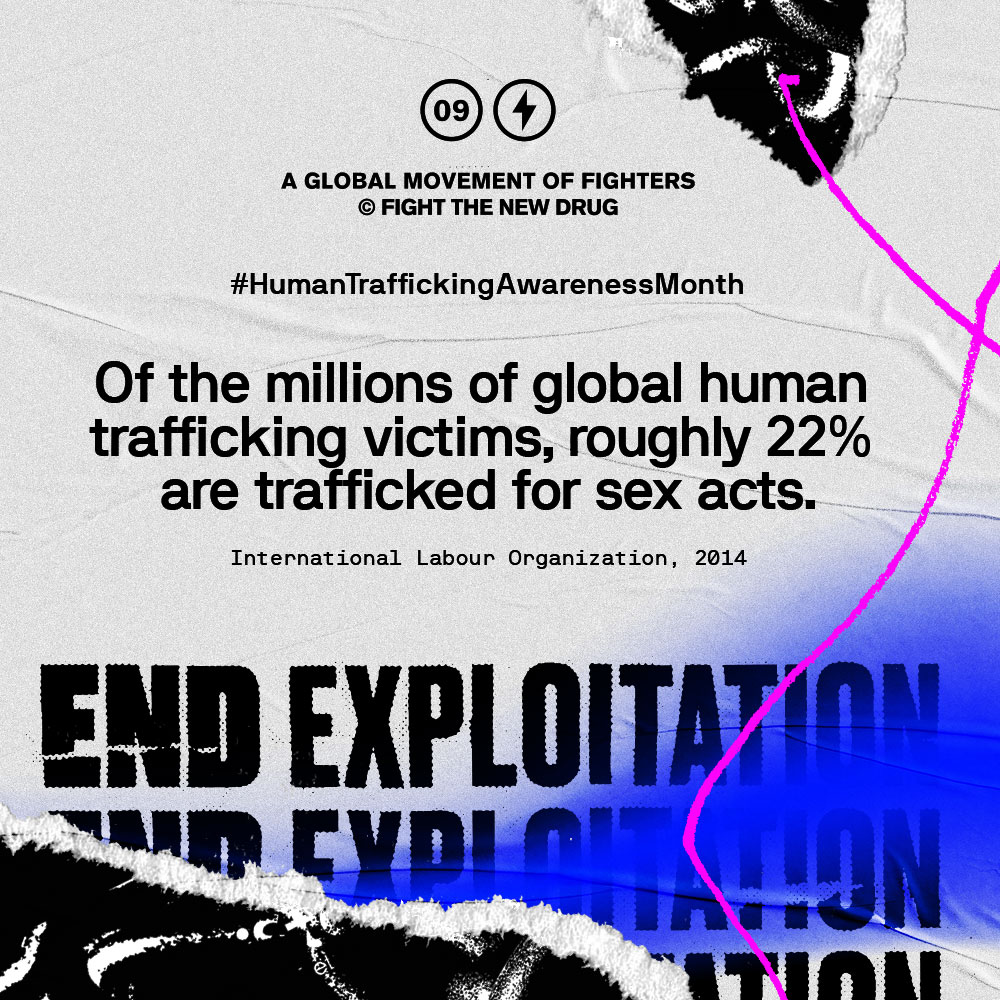