These are just a few types of comments we receive on the regular when people learn that there is an actual globalized movement of almost 2 million people who are fighting for love and fighting against sexual exploitation. And we wanted to take a moment to point out the logical fallacies in saying that there “are bigger problems to face” when considering our organization’s mission to fight sexual exploitation and champion real love and healthy relationships.

In light of receiving comments like those above, we think about that phrase, to “make a mountain out of a molehill.” It means to overemphasize the importance of something trivial or mundane—something otherwise unimportant.

Some previous “mountains” that have been fought

Let’s back up for a moment and consider when, in time, something else was considered a trivial cause.

The first commercial cigarettes date back to 1865—they were individually hand-rolled and sold to soldiers at the end of the Civil War. Tobacco use, of course, dates back long before then, but the cigarette as we know it is only 152 years old. [1] Historians agree, however, that the popularity of the cigarette was not inevitable, but rather instigated by and dependent on the discovery of mass production: the cigarette-making machine was able to produce 120,000 smokes a day. [1][3] Full-color magazine ads followed suit, and an industry was born—full of unforeseen consequences: corruption, addiction, death, and a worldwide pandemic that has and will continue to extend through the twenty-first century. [1][2][3][4]

Related: 15 Things Experts Said That Have Been Proved Wrong In A Big Way

Not that we need it, but here are a couple more quick facts to really showcase the profound affect cigarettes have had on public health, to date:

So, cigarettes are born in 1865 and a hundred years later, there is a general consensus that cigarettes aren’t totally healthy—at least so much so that the Surgeon General backs up the campaign.

But just four years earlier in 1960, note that only one-third of doctors supported the claim that cigarettes were harmful, and the first recorded opposition to smoking tobacco is dated back to 1912—52 years before this “general” acceptance of harm. [3] And another 50 years later? Over 20 million Americans have died from the same product that was deemed “harmless” just six decades earlier.

So these voices of opposition—the ones who recognized harm early on, researched it and exposed the evidence—were they battling a molehill? Or a mountain?

What if we had ignored the facts then?

When Isaac Adler suggested in 1912 that smoking tobacco may cause pulmonary tumors, was he making a big deal out of nothing? [3] When big tobacco companies confessed to intentionally overlooking their own research—research that proved the harmful effects of smoking even before the first Surgeon General’s warning in 1964—to continue participating in the money-driven market, were they making nothing out of something? [3] Or today, after 152 years of disease and evidence and statistics and regulation, when a kid still decides to give smoking a try, what are they facing? Something minuscule? Or something giant?

Today, we think it’s safe to assume that the consequences of the cigarette are generally regarded as monumental, even mountain-sized. But where would we be if someone never questioned its properties, or linked its use to rampant illness and death? If the pushback from cigarette executives and public opinion and even doctors would have prevented advances in information and education and regulation, what astronomical stats would that current Surgeon General report show?

And what if we would have written-off the cigarette trend as a molehill…where would be today?

The problem with saying: “Porn’s not worth the fight”

Haters have been throwing shade at Fight the New Drug since the beginning, and we understand why: it’s not the popular opinion. We get that. But to argue that our fight isn’t worth it, or that another fight may be more deserving of our time, historically, proves to be obsolete. Remember the faint opposition to cigarettes in the 1950s? You will recall the civil rights movement was occurring simultaneously, and of course, both fights needed attention and advocacy to make a necessary change.

Related: VIDEO: Fight The New Drug – Who We Are & Why We Began This Movement For Love

If we won’t fight this fight, who will? The research is in, the verdict is out, and we identify with the responsibility to provide a public resource for those directly affected by pornography—even for those suffering second-hand.

After what we’ve learned through science, research, and personal accounts, it would be ignorant and insensitive of us to do anything but actively fight. Furthermore, both the big and the small issues affect public health, and it’s not anyone’s place to prioritize the effects, but instead to organize and fight nonetheless: against cancer, against poverty, against domestic violence, against pornography (to name only a few of today’s issues).

We stand behind the idea that advocacy is best-served multi-tasked. Fight the fights that resonate with you and oppose things that deserve opposition. After all, it’s possible to care about more than one issue at once, isn’t it?

And, not to be cliche, but really, be the change you hope to see in the world. That’s what we’re trying to do, and whether it’s a molehill or a mountain, we’re in for the long haul. We hope you’ll join us. 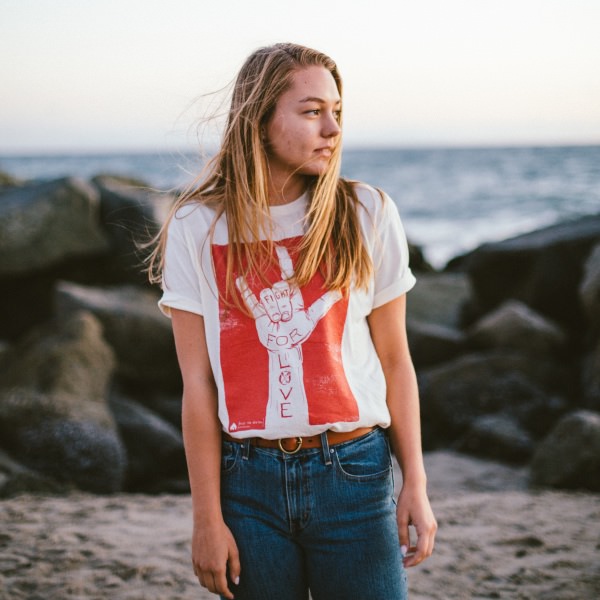 [2] The Health Consequences of Smoking-50 Years of Progress: A Report of the Surgeon General. (n.d.). Retrieved from https://www.surgeongeneral.gov/library/reports/50-years-of-progress/fact-sheet.html