We’ve all seen the label. When a smoker purchases a pack of cigarettes, it comes with a Surgeon General’s warning on the pack to warn the smoker...

By Fight the New DrugJanuary 30, 2018No Comments 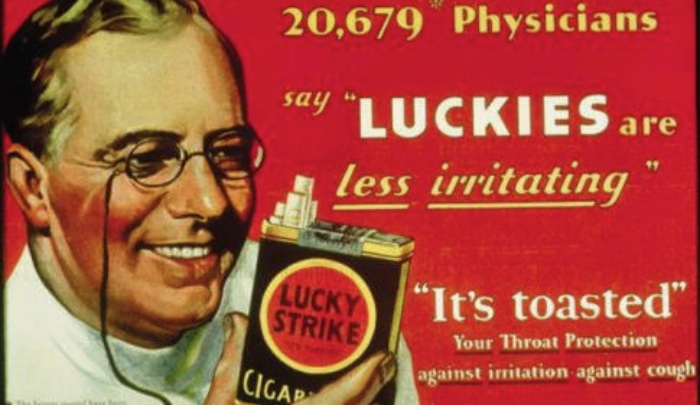 We’ve all seen the label. When a smoker purchases a pack of cigarettes, it comes with a Surgeon General’s warning on the pack to warn the smoker of the serious health consequences of tobacco use.

For most of our generation’s coming-of-age, smoking’s always been thought of as pretty uncool. You know it can cause cancer. You know it can make your teeth yellow. You know it affects not only those who smoke, but those around them too, through second-hand smoke.

But it wasn’t always this way. In fact, smoking used to be one of the coolest things you could do, and the first lawsuits against the tobacco industry popped up in the 1950’s. It wasn’t until almost 50 years later—after decades of fighting a giant, influential industry that didn’t want to own any part of the harm it was directly causing with its product—before the truth about the harmful effects of smoking were widely accepted and became common knowledge.

Tobacco, once more or less universally accepted as okay and even healthy, is now known to cause cancer and COPD, as well as increasing the risk of heart disease. In today’s society, smoking is widely considered harmful, and people who partake in smoking know the risks they’re taking by doing so.

In simplest terms, while pornography may not cause cancer, it sure can ruin lives. And very much like the tobacco industry, the pornography industry won’t admit their product can cause deep harm in a consumer’s life. They don’t want to own up to it, because pornography industry isn’t in the business to curb demand or lessen profits, no matter the amount of harm they’re causing.

The Many Forms of Sex Trafficking

The less obvious trafficking can be immigrants with no help, to young women hoping for a career in entertainment, to children coerced off the streets and from shelters. Clearly, sex trafficking takes many forms, and in each case, the person is left with no choice but to perform. They often have no network of friends or family to support them and are often financially broke. Sex traffickers exploit these weakness and use intimidation to force girls, boys, men and women into commercial sex acts.

As Jennifer Johnson, Ph.D., professor in the Department of Sociology of the College of Humanities and Sciences at Virginia Commonwealth University puts it, “The processes of [the] production and consumption [of pornography] involve a global supply chain, which includes connections to human trafficking, child pornography, prostitution, drugs and other forms of global violence.”

Just because there are many causes of cancer doesn’t mean smoking’s not one of those causes. Sure, not all pornography leads to sex trafficking, but the link is there, and it is undeniable.

The Language of Lies

Related: Op-Ed: Who Exactly Is Misrepresenting The Science On Pornography?