There’s No Room for “Fifty Shades” in a #MeToo World

Romanticized sexual abuse. That doesn’t sound like something worth celebrating during our society’s long-overdue reckoning with sexual violence, does it? 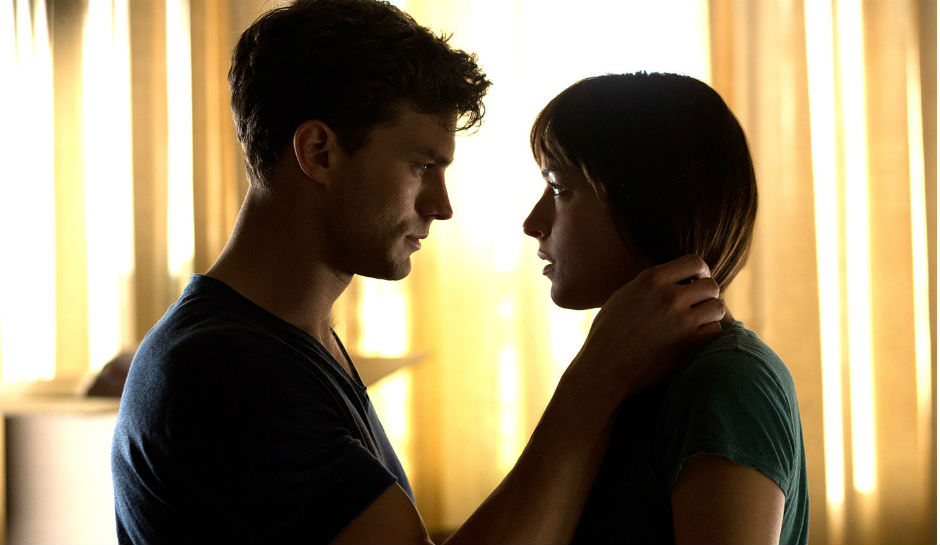 Since the rise of the “Fifty Shades of Grey” franchise, tweets and think pieces have questioned whether the trilogy of books and films are an empowering display of sex, or actually a romanticized abusive relationship. That’s quite a contrast, wouldn’t you say?

As the final installment of the trilogy premieres in theaters, “Fifty Shades Freed,” we wonder, which side is it? And is the film a help or hindrance to the #MeToo movement as the latter tries to clarify what is sexual assault and where the lines of consent lie?

We’re not thrilled to report that some sex therapists encourage couples to read these specific books together to start a conversation about their desires. According to Debby Herbenick, a research scientist at Indiana University, “Fifty Shades” is not only starting conversations but “it’s helping many women to feel comfortable enjoying something about sexual fantasy and arousal.”

Improving and empowering anyone to feel more comfortable with their sexuality is a great cause and something we support. The problem, as we’ll see, is the messages embedded in “Fifty Shades,” not with women finding more confidence in the bedroom.

Abuse is Not Sexy

No matter which way you spin it, “Fifty Shades” does not portray an inspirational, healthy relationship.

Instead, let’s break down what it does portray: a wealthy, attractive man with a tortured past who controls a young woman by stalking her, limiting her social interaction, intimidating her to try risky and painful sex acts, and threatening her if she doesn’t comply. Not to mention that it romanticizes his need to channel the anger and violence from his past onto women that look like his abusive deceased mother. This, coupled with the “steamy romance” and popularity of the series sells the idea to men that eventually, female partners will like this violent behavior, and even see it as romantic. To women, it says if they stick around long enough with a controlling and abusive partner, he will grow to love her, and eventually change his aggressive and abusive ways.

When you look at the big picture of this story, it’s a #MeToo experience dressed up as “fairytale” love tale. An analysis published in the Journal of Women’s Health actually concluded that the relationship between protagonists Christian and Anastasia (“Ana” for short) was actually characterized by intimate partner violence with “emotional abuse present in nearly every interaction.” Not cool.

That doesn’t sound like something that should be promoted and celebrated during our society’s long-overdue reckoning with sexual violence, does it?

Lipstick on a Pig

But what if it isn’t? What if it really is just straight-up abuse?

This should tell us something significant about his wholly unacceptable behavior, and the twisted portrayal of “romance” in “Fifty Shades.”

“There is a very big difference between being true to yourself and letting your desire for control, control you,” Mistress Couple explained. “This is something that’s potentially harmful, and I feel that is what Christian Grey embodies.”

Funny how the community E. L. James was inspired by apparently wants nothing to do with the franchise she began.

The release date of “Fifty Shades Freed” would be disappointing regardless, but to have it promoted specifically now is just horrible timing. Since the exposure of Harvey Weinstein, lately Larry Nassar, and a whole list of powerful men accused of harassment or sexual misconduct, a chorus of female voices have risen to share their stories. So much so that it seems like every woman (and some men) has a #MeToo moment, but it seems as if they’re at least momentarily overshadowed by a box office success that capitalizes on the very experiences and behaviors shared as traumatic, abusive, and life-altering.

“While Hollywood elites decry the (obviously deplorable) objectification, abuse and harassment of women in their industry, they make money hand over fist by creating films that glorify the objectification and abuse of women,” writes Michele Blood. “Actors wearing black to awards ceremonies…won’t absolve them of responsibility. The level of hypocrisy here remains undeniably in-your-face.”

Finally, we have a breakthrough of people paying attention to survivor’s stories, but to then watch “Fifty Shades” glamorize the same mistreatment is a huge step backward.

Related: Why We Can’t Let #MeToo Just Be A Social Media Trend

In a time where sexual consent, harassment, and assault are at the forefront of society’s conversations, it’s unsettling that “Fifty Shades of Grey” is championed as “empowering” when its protagonist is living a #MeToo experience.