8 Things The “Fifty Shades” Trilogy Teaches About Sex and Relationships 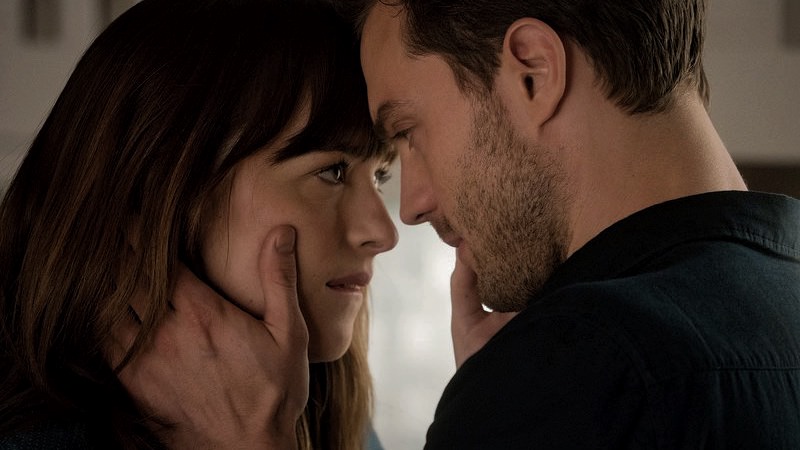 It’s your typical “boy meets girl” story, only it’s not. In case you haven’t heard, the final film from the “Fifty Shades” trilogy is out now, and it’s just a terrible ending to a toxic story.

But first, let’s see what people are saying about this latest installment. There’s got to be some #MeToo connecting going on, right, considering that major plot points involve Christian’s controlling and abusive tendencies toward Ana?

No? But surely people see that Christian isn’t a role model of any kind, right?

Oh no. If you’re disappointed by the warm welcome “Freed” is getting, you’re not alone.

At this point, you might be asking, “But why do you care, FTND?” We care about dropping some knowledge on this film and movie franchise because it’s selling itself as an exciting love story, certain to inspire the hearts of many to believe in fairytales, true love, etc. And while every semi-romantic series advertises itself that way, there’s a special kind of toxicity to that message attached to this particular trilogy. We are a pro-love, pro-healthy sex, and anti-porn organization, which is why we’re invested in exposing this fake romantic saga because it violates all three of the platforms we’ve built this worldwide movement on.

But for the moment, let’s take a deeper dive into the inner workings of this story:

“If you have a tormented past, it’s okay to take your anger out on others because of it.”

Christian Grey, as it turns out, was abused as a child which is why he “doesn’t do love” and instead only has the ability to treat women he’s attracted to (who look uncannily like his deceased abusive mom) like objects on which to inflict sexual punishment and anger. Yikes.

“Because when I think of romance, I think of a controlling psychopath with mommy issues,” said Toni Matthews in this Inquisitor article. (Same, Toni.)

Imagine this story without the private planes, lavish gifts, and stacks on stacks of wealth. Put yourself in a situation with a partner who tells you how to dress, what to eat, and what prescription birth control to take because they “own” your body. This person isolates you from friends, family, and anyone who can talk sense into you, and justifies this jealousy with possessiveness and claiming that they just want you to be “all theirs.” This partner monitors your computer, phone, watching and recording your every move to make sure you don’t “disobey” and warrant punishment. They threaten violent consequences for protesting or disagreeing.

“Does this still sound like a romantic life worth fantasizing about? Do you really think money and gifts will make the pain, doubt, and confusion go away? I should imagine not,” writes Matthews.

“If you stay with an abuser long enough, they’ll change.”

Perhaps one of the most toxic ideas from the final installment of “Fifty Shades” is that if you try and love someone “hard enough,” you can “fix” them and they can overcome their abusive tendencies with you by their side.

As author and speaker Dr. Gail Dines points out, “Battered women’s shelters and graveyards are full of women who had the misfortune to meet a Christian Grey.”

This story is ultimately domestic violence dressed up as erotica, and it reinforces the deadly idea that it’s up to the lover to change and soften the abuser. And because we’re champions of real, healthy love, we have to speak up about the utter destruction of this dangerous idea.

Take it from reviewer Rosie Waterland, who was so disturbed by what she saw on-screen that she left the theater on the verge of tears:

“Putting this kind of controlling, emotionally abusive relationship in the context of a sexy billionaire who just needs to be loved, makes it ridiculously easy to convince audiences the world over that this kind of behavior is okay.

As a joint project between nonprofits London Abused Women’s Centre, National Center on Sexual Exploitation, Culture Reframed and Collective Shout, if you’d like to support shelters where women like Ana end up in real life, definitely check out #50DollarsNot50Shades.

In order to truly highlight the extremely negative and harmful ideals contained in “Fifty Shades” trilogy, we made a shareable list, with an accompanying infographic, of five more toxic “fantasies” sold in this story. We think it goes without saying that we will be spending Valentine’s Day with our loved ones, not reading or watching disturbing, romanticized abuse. We are all about real love and real intimacy, and “Fifty Shades” is clearly the opposite of that.

If you’re not cool with the twisted ideals and perceptions that material like “Fifty Shades” trilogy pushes into our society, SHARE this article. Add your voice to the conversation and spread the word that this is anything but a love story.