Among those educated on the harmful effects of pornography, we are always happy to meet celebrities who aren’t afraid to use their platform to push this conversation... 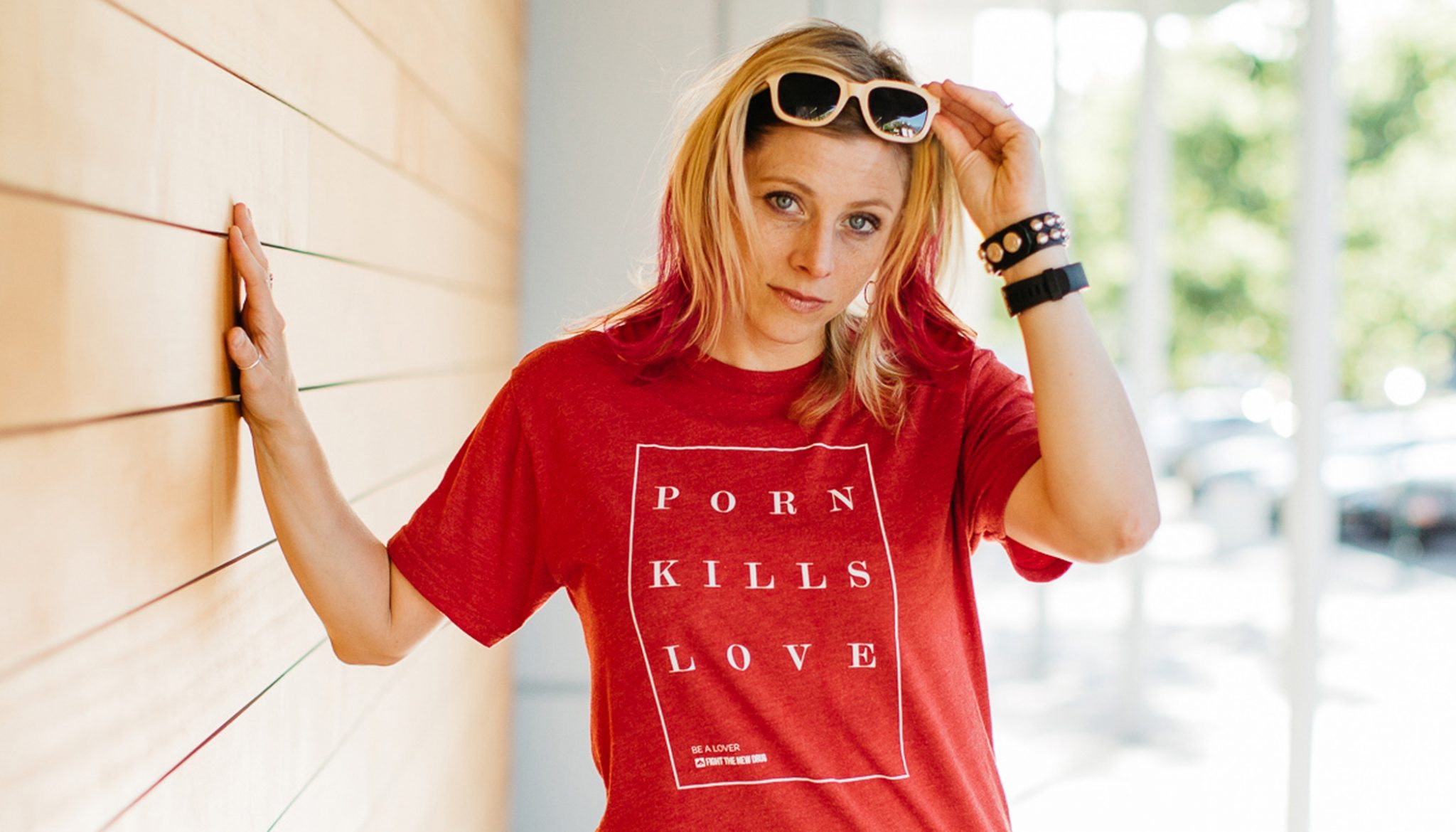 Among those educated on the harmful effects of pornography, we are always happy to meet celebrities who aren’t afraid to use their platform to push this conversation into the spotlight.

Now, we have another talented star who has been speaking out on the harms of pornography, one who has become a great friend of Fight the New Drug. Meet Elaine Bradley, a talented musician who is most notably known for being the drummer of the chart-topping rock band Neon Trees. She is also the lead vocalist and songwriter for her other band called Kissed Out. 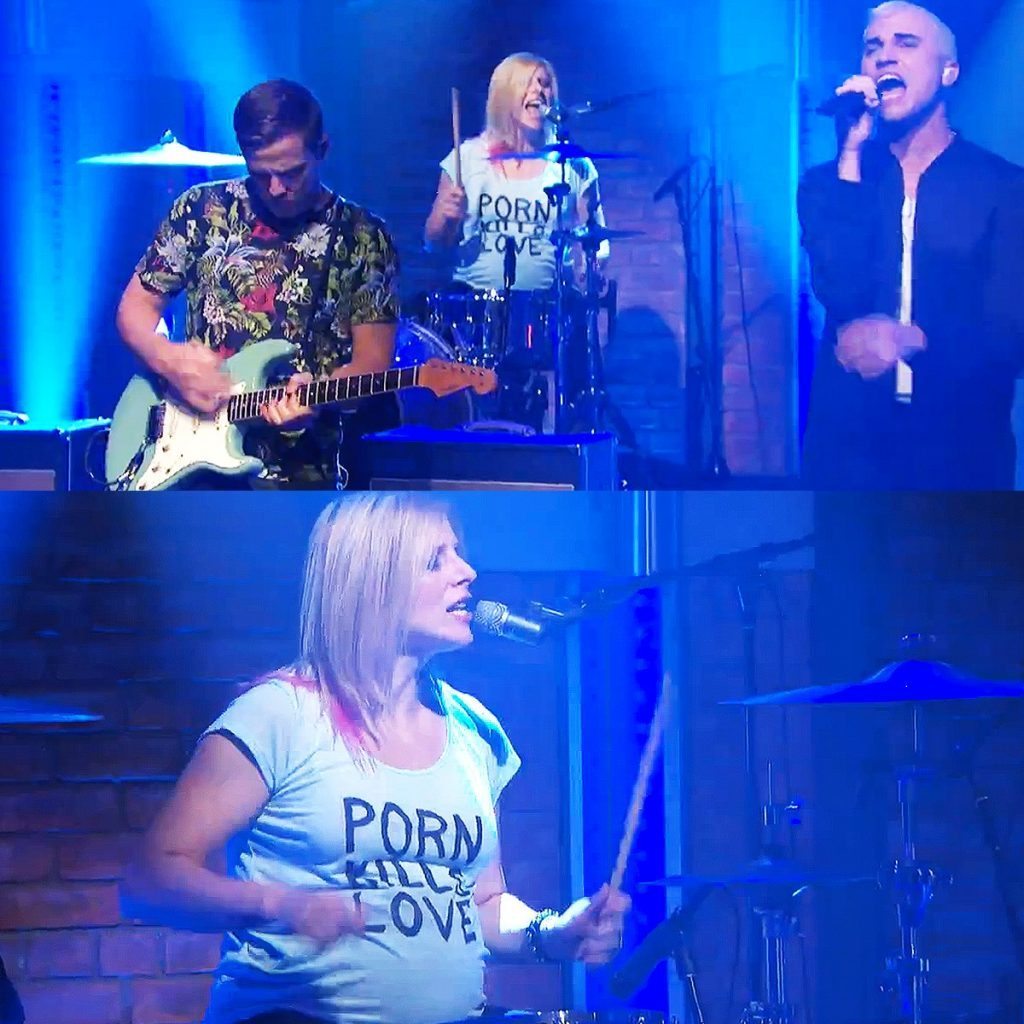 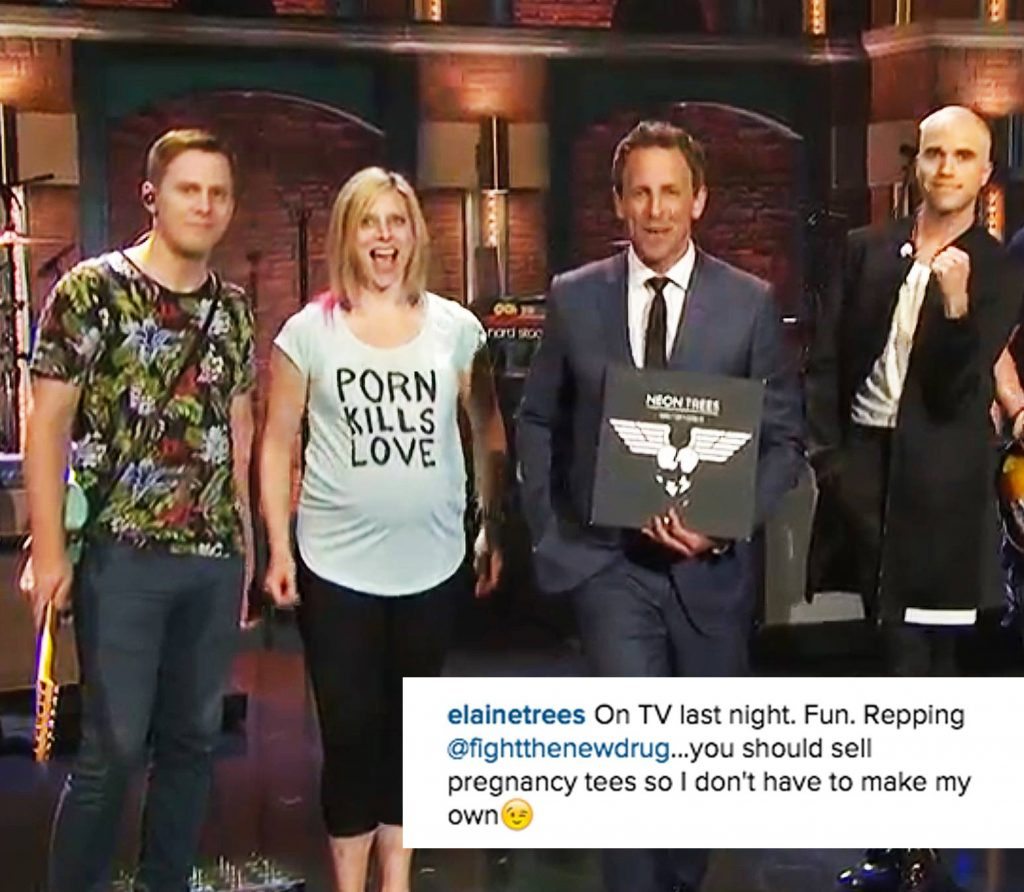 After the show, we got in touch with Elaine and found out that she has a huge passion for Fight the New Drug and the #PornKillsLove movement. We recently caught up with Elaine for an exclusive interview at her home, where she is currently working on new music and taking care of her kids. We asked her why she chose to rep the movement during her Late Night performance, and what makes her so passionate about the cause.

EB:  I got a few comments on it—some positive, some sarcastic. Mostly what I noticed was people being forced to think about that statement, even if just for a little bit. I could see it making some people uncomfortable. I loved the reactions I got after I posted a pic on social media. It seemed that it empowered a lot of people to take a stand against porn, or at least admit publicly that they agreed with the statement on my shirt. It was cool to see how many people were excited that I had made that statement on TV. Of course, there were a few “Negative Nancy’s,” but it’s the internet!

FTND: So what’s your connection to the cause? Why did you choose to rep the #PornKillsLove movement, of all things?

FTND: We always promote the fact that we are pro-sex and anti-porn. You’ve mentioned to us in past conversations that this stance is one of the things you love most about the movement. What does it mean to you? 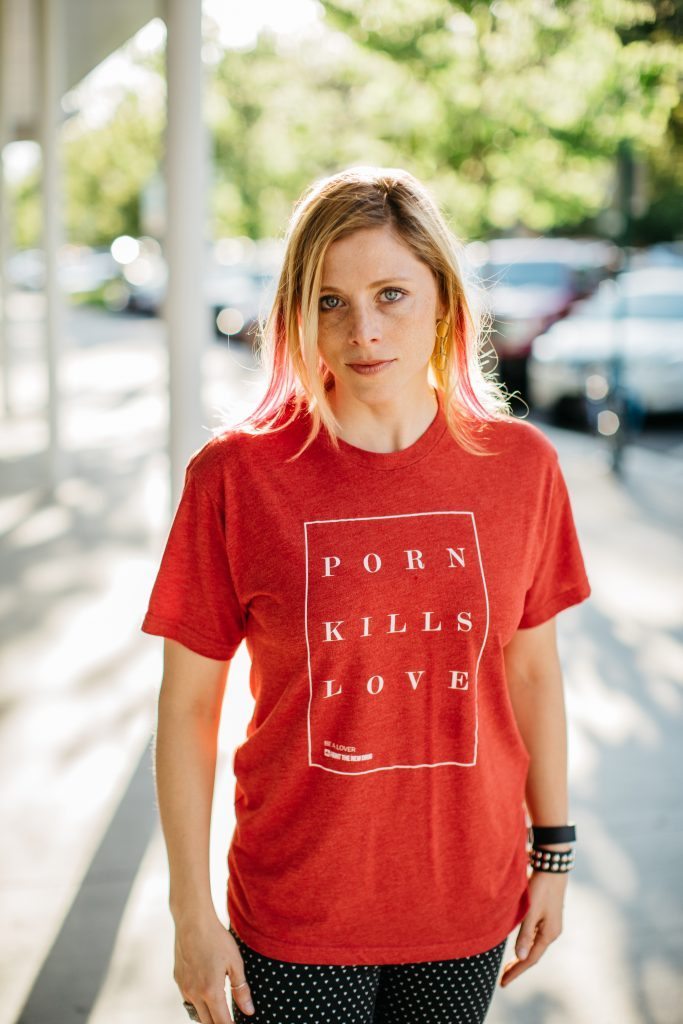 FTND: Last but not least, the big question: Elaine, why are you a Fighter?

We want to give a big shout out to Elaine for speaking out on this issue and taking the time to chat with us. We hope to see more people get involved with the movement as the research continues to show the facts.