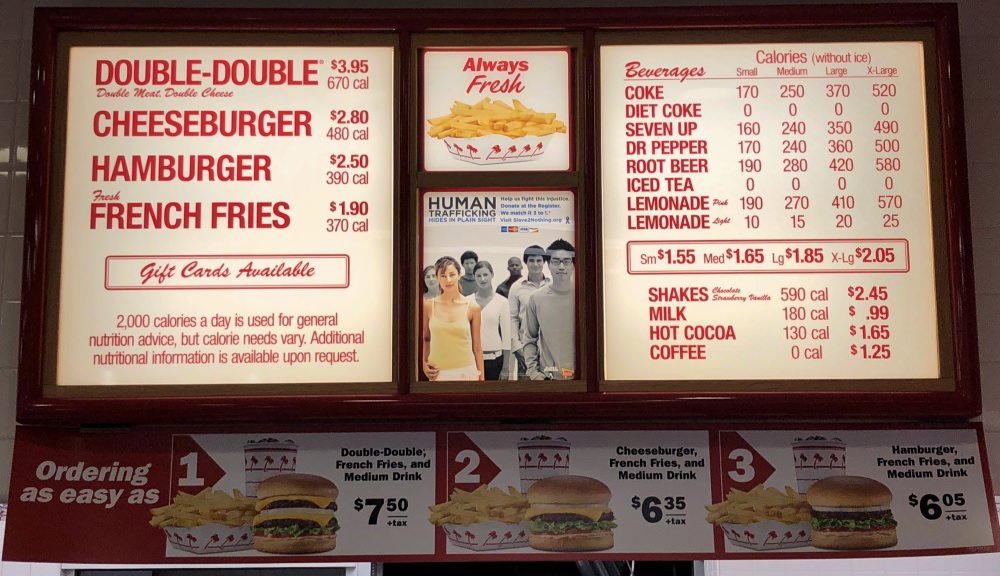 Human sex trafficking is one of our world’s biggest issues.

Many organizations have joined the fight against this massive problem in our society, and now one of America’s favorite burger joints is one of them.

Throughout the month of January—which is National Human Trafficking Awareness Month—In-N-Out Burger has been encouraging customers to donate to their nonprofit organization Slave 2 Nothing and help fight sexual exploitation.

“During January, in support of Human Trafficking Awareness Month, In-N-Out Burger® will match your donation 3-to-1 up to $250,000. Across all 50 states, victims of human trafficking silently cry for help. You can help us fight this injustice and bring hope to thousands in our very own communities. Human trafficking, also known as modern-day slavery, involves the use of force, fraud, or coercion for the purpose of exploitation through forced labor or commercial sex acts.”

Then, they list some heartbreaking sex trafficking stats. Check it out:

You can read more about In-N-Out’s 501(c)(3) nonprofit by clicking here. We took this info from their site during last year’s campaign:

“The Slave2Nothing Foundation’s mission is to free people from being enslaved to any person or substance. We will fulfill our mission to combat human trafficking by:

In addition, we will assist individuals and their families in gaining freedom and healing from substance abuse and its effects through supporting programs that thrive in promotion, awareness, and healing from the consequences of drug and alcohol abuse. We believe that together, we can help improve the lives of the thousands of people who become enslaved in human trafficking and/or substance abuse every year…

Slave 2 Nothing is supported primarily through donor contributions and internal fundraising activities sponsored by In-N-Out Burger. In addition, In-N-Out Burger pays all costs associated with Slave 2 Nothing, so that every penny raised goes directly to educating and eliminating human trafficking and supporting substance abuse treatment and prevention services.”

The company has been carrying out their promise by placing the cause front and center in their restaurants. We recently stopped at an In-N-Out nearby and were pleased when we saw the following sign right in the middle of the menu, and off to the side of the line at the registers: 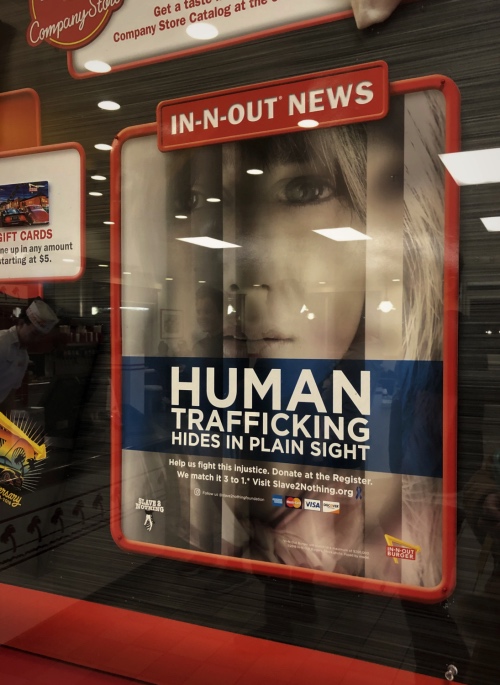 The sign reads, “Human trafficking hides in plain sight. Help us fight this injustice.” It then encourages customers to donate at the register and says that In-N-Out has pledged to match all donations 3-to-1. There were also cash collection tins right at the register, and a few other posters up in the restaurant. How cool is that? 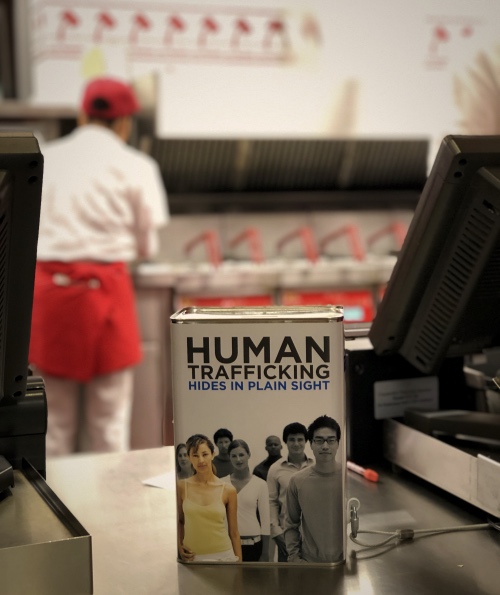 All donations at In-N-Out are then collected by Slave 2 Nothing, In-N-Out’s 501(c)(3) nonprofit dedicated to helping those caught up in slavery, and then dispersed in four ways: 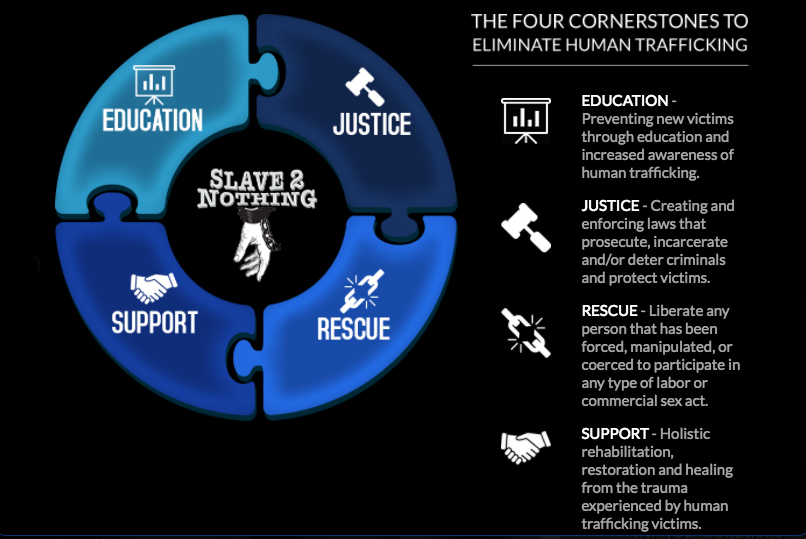 Who will be the next to step up?

We at Fight the New Drug applaud In-N-Out Burger for joining in on this important cause and lending their resources to the fight.

If more companies placed an emphasis on making an impact on this issue that affects millions of people globally every day, we would be much closer to ending sexual exploitation in our society. And that’s something everyone should be able to get on board with. 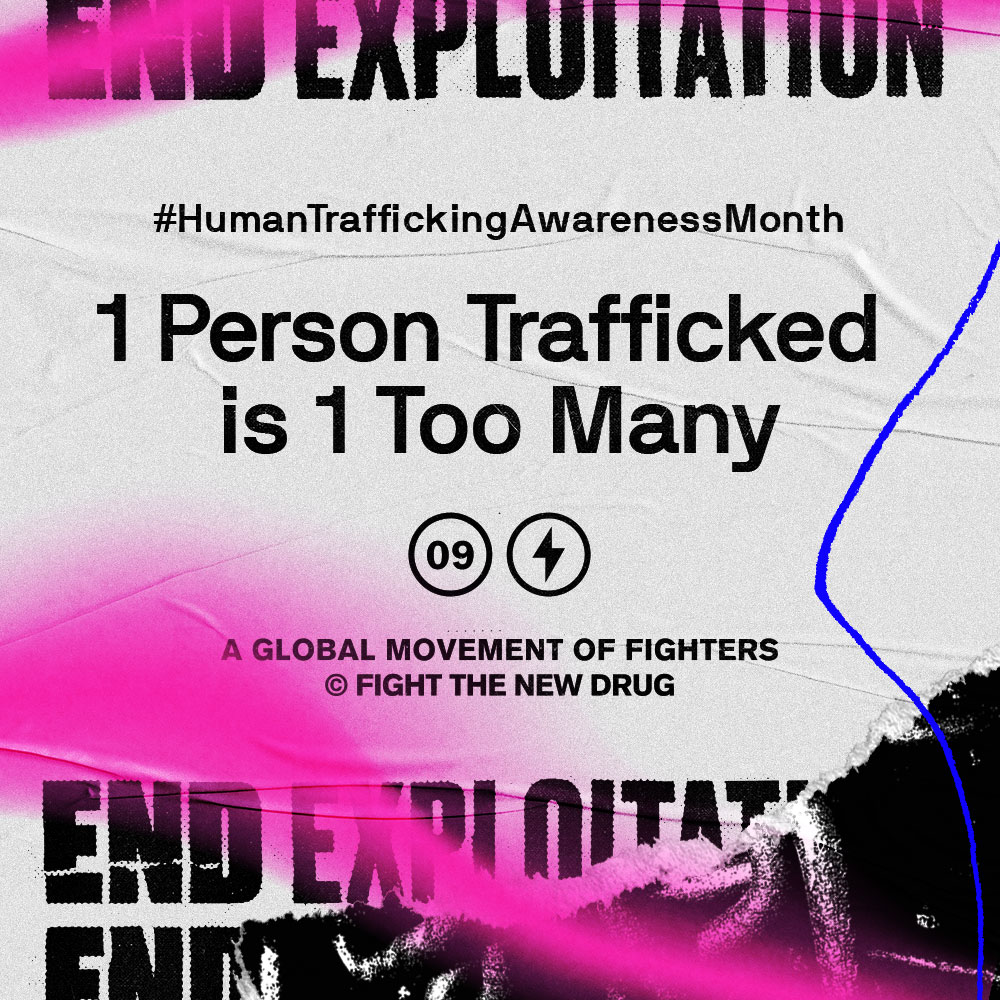