How could I, a victim of sexual abuse myself when I was 7 years old, be interested in watching those types of things?

Watching these videos eroded away the meaning of consent for me. The women in the videos always start out saying no, but the guys always seem to convince them into agreeing at the end and then the women act like they enjoy it eventually. After watching this happen enough times, I thought it was normal.

Around that same time, an older man that I trusted with my whole being started touching me in ways I knew wasn’t right. Of course I tried to fight him off at first, but he got really aggressive. It was at that point that I thought to myself, What’s the point of spending all this energy fighting him off? What’s the big deal? I’ve been molested before. I also told myself that it’d be different this time, since I wasn’t a child anymore, I’d at least be able to control the situation. If I just let him have what he wants, it wouldn’t be abuse if I was letting it happen.

Every time I’d quiver with fear when he was near, I just told myself it was normal, that I was just being a little anxious. I convinced myself that because I was not fighting back, I was still in control of the situation, like I had some sort of boundary that he wouldn’t cross. But how could a confused 13-year-old girl control a 30-year-old man?

The loneliest I’ve ever been

One day not long ago, I stumbled onto the Fight the New Drug page on Facebook and I just sat there reading every post, every comment, every shared story. I broke down in tears, I cried for what felt like hours, and decided I would try to fight this addiction I had fallen into.

Realizing I’m more than an object

I think when I really made up my mind and decided to quit porn for real was when one night that man started touching me and I told him no. I tried to push him off and he just grinned at me and told me, “You’ve always been a tease, always playing hard to get.” He proceeded to hold my hands together in a tight grip, preventing me from moving, and no matter how much I yelled at him to stop, that he was hurting me, he didn’t listen. I was absolutely terrified, and it was then that I finally realized I was never in control.

The justifications I had used to normalize what was happening to me all came crumbling down when I lost all control. It sunk in that what he was doing to me was never normal. That feeling of disgust didn’t leave me for years. I was disgusted with myself for letting it get that far, I hated myself, I hated the skin I was in. I hated being a girl and I hated any sort of attention from men after that, telling myself they were only interested in using my body.

I still struggle sometimes and that’s okay, because I know I’m getting to where I want to be. I’ve been porn-free for a couple of years now, and although the thoughts of being intimate with a guy sometimes send me into a panic attack, I’ve decided to take it one day at a time. 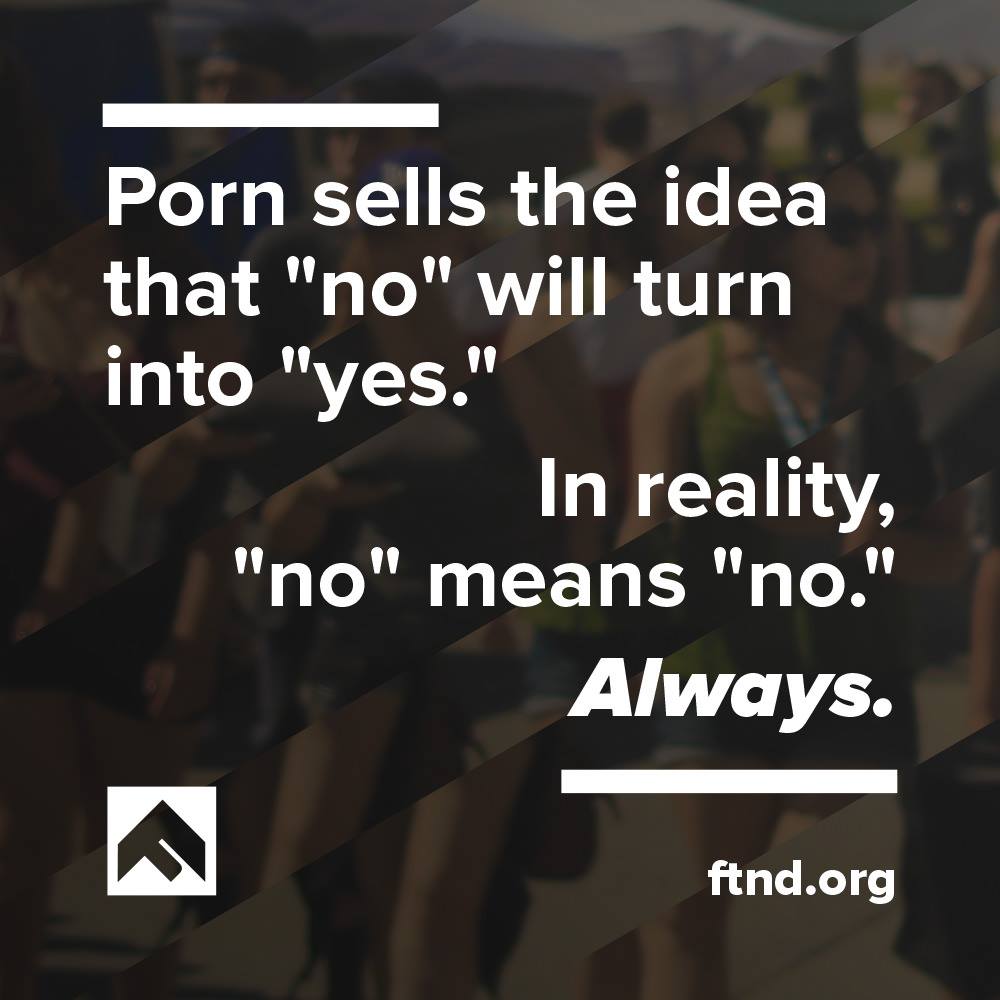 Show support for this brave woman’s story. SHARE this article to raise awareness on the harmful effects of pornography and its inseparable links to sexual abuse and exploitation.