By Fight the New DrugOctober 14, 2019No Comments

It’s a hidden internet hotbed of criminal activity that everyday search engines like Google and Yahoo don’t give the average internet user access to.

Now, because violations of the law as they pertain to child abuse images lead to severe statutory penalties, including steep fines and up to life imprisonment, the material has always been seemingly impossible to find on the publicly visible part of the internet, or “open web.”

In a recent article by TechCrunch, publisher of tech industry news, summarized the findings of two Israeli NGOs. The article “details how WhatsApp chat groups are being used to spread illegal child pornography.”

If you haven’t heard of WhatsApp, it’s an ultra-popular cross-platform messaging and calling application owned by Facebook that utilizes privacy technology.

More specifically, end-to-end encryption, as the privacy technology “ensures only you and the person you’re communicating with can read what’s sent and nobody in between, not even WhatsApp. Your messages are secured with locks, and only the recipient and you have the special keys needed to unlock and read your messages.”

To put it simply, end-to-end encryption allows people to share child abuse images in a way that leaves them and their messaging threads anonymous to the rest of the world—meaning they can abuse children and distribute the material with others to use without getting caught.

The results of his initial search were not pretty.

In a four-day search, he found over 50 WhatsApp groups where hundreds of Indian users were subscribing and sending child sexual abuse material without any accountability put in place. 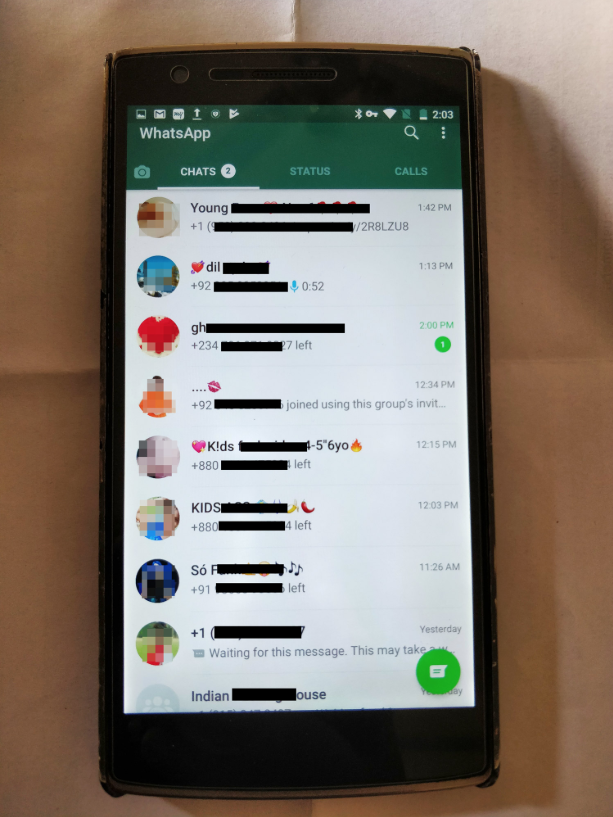 How the chat groups are being run

Apparently, it’s so simple that anyone with a WhatsApp account and an internet connection could join in a few clicks, if they knew what to look for.

Facebook has a 20,000 person team that polices the social network’s 2.27 billion users. Unfortunately, while Facebook owns WhatsApp, its own moderation team does not moderate WhatsApp-related content.

Instead, WhatsApp operates “semi-independently,” leaving its own 300 employees in charge of a 1.5 billion-user community. Sadly, but understandably, they have not had the resources necessary to stop illicit content distribution on the platform.

Thankfully, WhatsApp has begun responding, banning over 130,000 accounts in a recent 10-day period for violating its policies against child exploitation.

Take it from the experience of Elizabeth Smart, a child abduction and rape survivor. She stated that the abuse she faced at the hands of her captor made her life a “living hell.” Watch her exclusive Fight the New Drug interview, here:

Thankfully, WhatsApp responded forcefully to the facts that TechCrunch’s story brought to light: “WhatsApp has a zero-tolerance policy around child sexual abuse. We deploy our most advanced technology, including artificial intelligence, to scan profile photos and images in reported content, and actively ban accounts suspected of sharing this vile content.”

It will take countless individuals willing to speak out and report content whenever they see it, as well as technology companies like WhatsApp speaking out for those who do not have the ability to do so for themselves. Will you join us?