“For one thing, my brain has been rewired so much, everything in the world is sexualized. I am acutely aware of physical space and read into body language too much.”

So from one Fighter to another, stay strong and keep fighting.

Not long ago, Princeton and Stanford psychologists performed a study showing a group of men two sets of pictures, some of fully-clothed women and others of women who had been sexualized and were barely clothed. The psychologists monitored their medial prefrontal cortex (mPFC), which is the part of the brain involved in recognizing human faces and distinguishing one person from another. For the most part, the mPFC part of the brain was activated with each picture. However, when the subjects of the study were shown the pictures of sexualized women, this part of the brain was not activated. Basically, the automatic reaction in their brains suggested that they didn’t perceive the sexualized women as fully human, rather they saw them as objects, focusing on their bodies and body parts. The researchers concluded, “sexualized women were perceived as having the least control over their own lives” and “this suggests that sexualized women are more closely associated with being the objects, not the agents, of action as compared to clothed women.”Cikara, M., Eberhardt, J. L., & Fiske, S. T. (2011). From agents to objects: sexist attitudes and neural responses to sexualized targets. Journal of cognitive neuroscience, 23(3), 540–551. https://doi.org/10.1162/jocn.2010.21497COPY

Real connection starts with seeing others as whole people with unique thoughts, feelings, dreams, struggles, and lives. Viewing people as products is harmful to individuals, relationships and ultimately society as a whole.

The collective private actions of millions affect the larger culture—objectifying others privately on our screens doesn’t inspire respect and dignity in public. The private impacts the public—that’s how culture works. If we want a culture of true respect and equality, then we need to make sure we think about, talk about, and treat others as whole people—not as objects. 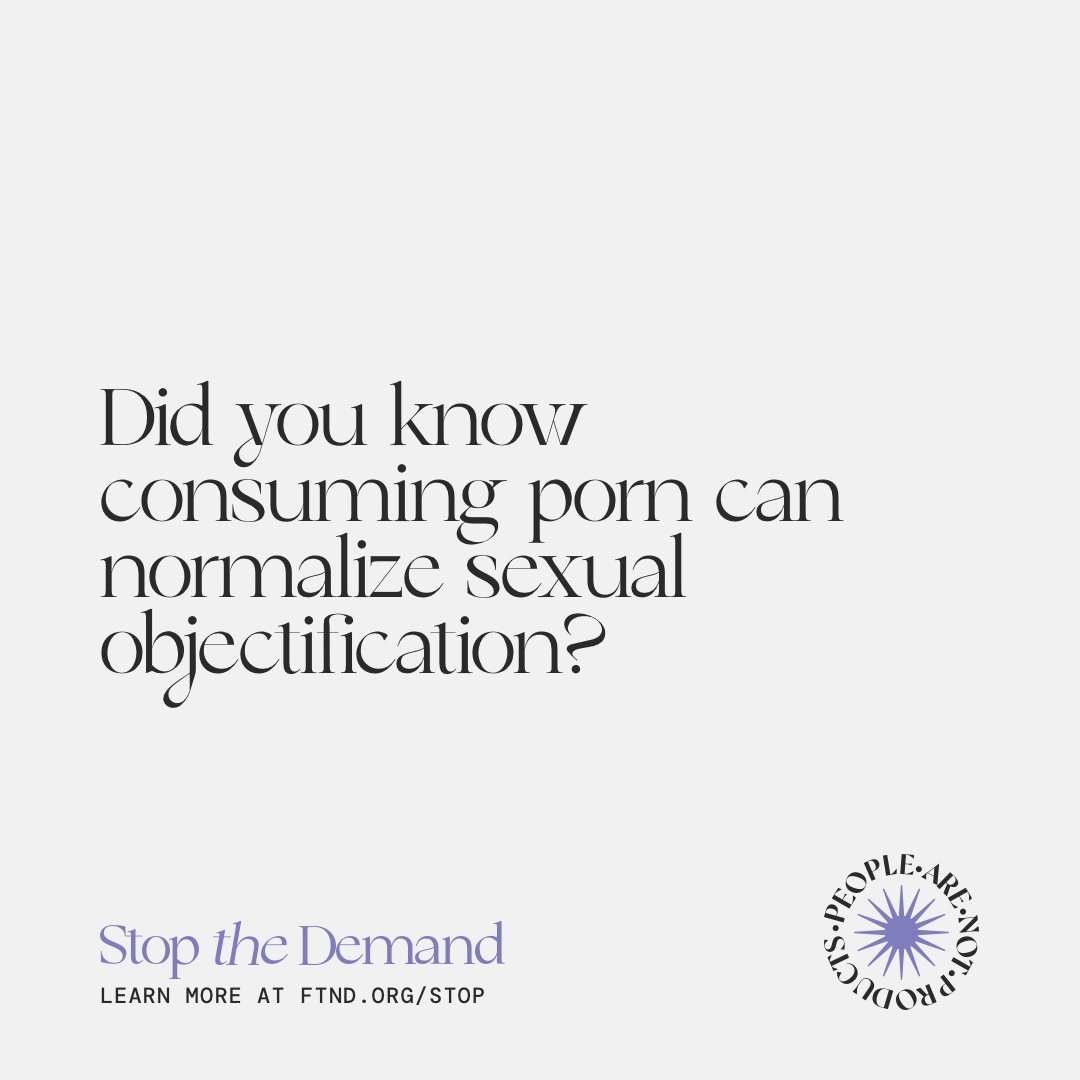