By Fight the New DrugFebruary 3, 2022No Comments 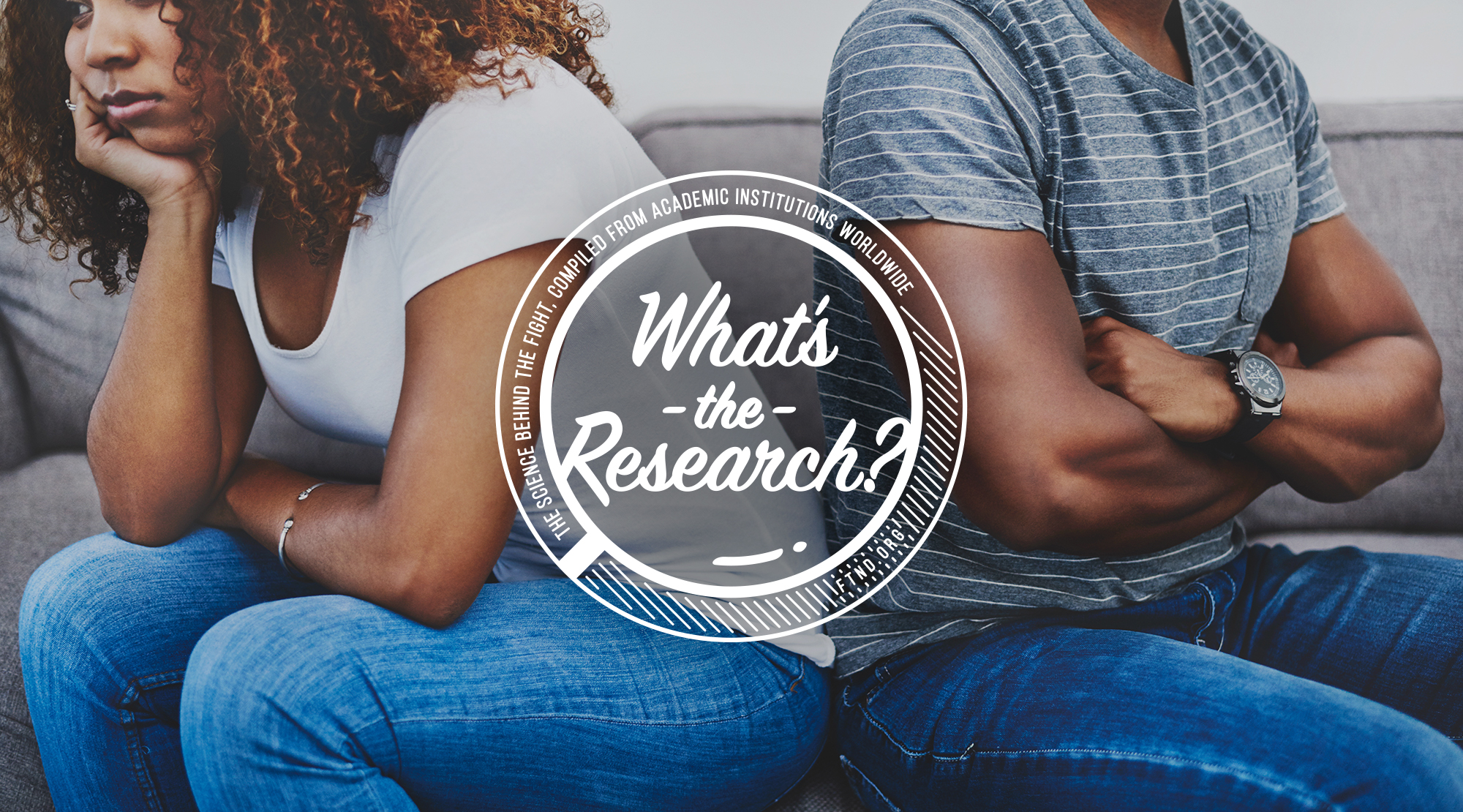 You Looking at Her ‘‘Hot’’ Body May Not be ‘‘Cool’’ for Me: Integrating Male Partners’ Pornography Use into Objectification Theory for Women

The above quotation was taken from a participant in Bergner and Bridges’ (2002, p. 197) qualitative study and represents a woman’s reactions to her male partner’s frequent pornography use. This woman describes experiencing sexual objectification, which is defined as ‘‘being treated as a body (or collection of body parts) valued predominantly for its use to (or consumption by) others,’’ from her partner’s pornography use.

Objectification theory (Fredrickson & Roberts, 1997) serves as a useful framework for studying sexual objectification among women. This theory specifies that being sexually objectified encourages women to adopt an observer’s perspective of their body (i.e., to self-objectify), which is harmful to their wellbeing in a multitude of ways.

Within objectification theory research, sexual objectification has been operationalized as being the receiving target of gaze or body evaluation, unwanted sexual advances, and sexually objectifying media content. Women’s male partners’ pornography use also can be considered a form of sexual objectification because pornography promotes sexual gaze by creating ‘‘highly idealized fantasies made precisely to the fantasizer’s order’’ (Bergner & Bridges, 2002, p. 202). Women in pornography are presented as the object of this sexual gaze, and they are defined according to how they will bring pleasure to the observer—for example, the title describes the specific acts they perform and physical attributes they have so the observer knows exactly what to expect.

Previous studies have shown that when women know that their male partners view pornography, their concern regarding their partners’ sexual attraction toward their own body increases (Schneider, 2000; Zitzman & Butler, 2009). Being aware that her male partner is ‘‘watching’’ other women’s bodies likely directs her thoughts to how her partner may be ‘‘watching’’ and ‘‘assessing’’ her body; thus, she likely self-objectifies by adopting her partner’s perspective of her own body (Fredrickson & Roberts, 1997).

Several researchers have qualitatively examined reports from women who were distressed upon discovering their male partners’ pornography use and who sought emotional support and effective solutions from professionals. These women often reported feelings of sexual inadequacy, negative body image, and heightened awareness of their bodies as sex objects (Bergner & Bridges, 2002; Zitzman & Butler, 2005).

Anticipating that their partners are critiquing their bodies against women in pornography was linked to them questioning their own appearance and sexual desirability (Zitzman & Butler, 2005). One qualitative study found that women labeled their bodies as ‘‘fat,’’ ‘‘ugly,’’ and ‘‘old’’ because they compared themselves physically to the women in pornography watched by their partners (Bergner & Bridges, 2002). Because objectification theory connects sexual objectification with women’s orientation to their bodies, it may be a useful framework from which to include partners’ pornography use.

We assessed women’s perceptions of both their current and previous male partners’ pornography use to determine whether the temporal proximity of this use is associated with the hypothesized associations. We chose to examine women’s perceptions of their male partners’ pornography use rather than assess their partners’ reports of their actual use because perceptions shape individuals’ attitudes, behaviors, and psychological well-being to a greater extent than reality. College women rated how often their current and previous male partners viewed pornography and whether pornography use bothered them. They also completed measures of objectification theory constructs, internalization of cultural beauty standards, relationship attachment, self-esteem, body appreciation, and negative affect.

A total of 171 women from a regional campus of a large Midwestern university participated. After receiving institutional review board (IRB) approval, our study was posted alongside other studies on the psychology department’s research management website. The study was described as an investigation of how relationship variables are linked to body attitudes, eating habits, and well-being among women. Interested students clicked a link to a webpage that hosted the informed consent sheet. After providing their consent, they were directed to the survey webpage, completed the survey from a computer and location of their choice, and were awarded class credit. Measures were counterbalanced to control for order effects.

In hierarchical regressions, previous partners’ pornography use inversely predicted self-esteem and body appreciation and positively predicted relationship anxiety and negative affect. The extent to which women were bothered by partner pornography use was controlled in all analyses.

These links held when controlling for the extent women reported being bothered by pornography use. Therefore, a higher perceived frequency of former male partners viewing pornography was associated with women’s greater felt interpersonal sexual objectification. This finding upholds comments made by some women regarding their partners who heavily viewed pornography; these women reported feeling that their male partner transferred the objectifying treatment of women in pornography onto them (Bergner & Bridges, 2002). Given that we examined instances of interpersonal sexual objectification within the previous year, some former relationships may have occurred within this time frame given the frequent turnover of romantic relationships in college.

How often women perceived their former male partners viewing pornography was also positively linked to women’s internalization of cultural beauty standards. It is possible that women with former partners who viewed pornography may have inferred in these relationships that their own bodies are not ‘‘good enough’’ to satisfy their partners and that being thin and big breasted, much like images of women in pornography, is only considered beautiful and desirable. Consequently, the importance of looking like cultural beauty standards may have been heightened in these relationships.

For women who equate sexual desirability with being thin/curvaceously thin, the present study suggests that this learned association may not be present during the relationship but may emerge after the relationship dissolves. Internalization of cultural beauty standards may then link previous male partners’ pornography use to women engaging in body surveillance and experiencing body shame. Similar mediational links have been found with interpersonal sexual objectification in lieu of partners’ use of pornography (Moradi et al., 2005). Thus, internalization of cultural beauty ideals may be a key variable in connecting various forms of sexual objectification to body surveillance and body shame, supporting its inclusion in objectification theory research.

The present study’s findings suggest that women do not necessarily need to internalize cultural beauty standards for previous male partners’ pornography use to be associated with women’s eating disorder symptomatology, however. In other words, a direct link from previous partners’ pornography use to eating disorder symptomatology was evidenced in our model. This direct link may indicate that women could have inferred from past relationships in which their partners viewed pornography that they need to be thin to be able to sexually attract and maintain the attraction of their partner. Therefore, even if they have not adopted thinness as a personal standard, they may have taken their previous partners’ pornography use as a sign that they need to lose weight, even if it means that they have to use unhealthy means to do so. If some women do indeed believe that they must lose weight to appear sexually attractive, in this way, pornography confronts these women with the threat that they are at risk for ‘‘losing’’ their male partners if their bodies do not appear like female bodies their partners see in pornography.

In addition, previous male partners’ pornography use was found to incrementally predict other forms of women’s distress, such as experiencing greater negative affect and relationship anxiety and lower self-esteem and body appreciation, independent of women’s reports of being bothered by pornography use and being targets of interpersonal sexual objectification. Thus, not only is previous partners’ pornography use related to a woman’s negative view of herself and her body, it is also negatively linked to her satisfaction and comfort within her current romantic relationship and emotional wellbeing.