Being groped at the water fountain or verbally degraded with “jokes” during class—sexual harassment is happening among young students everywhere. 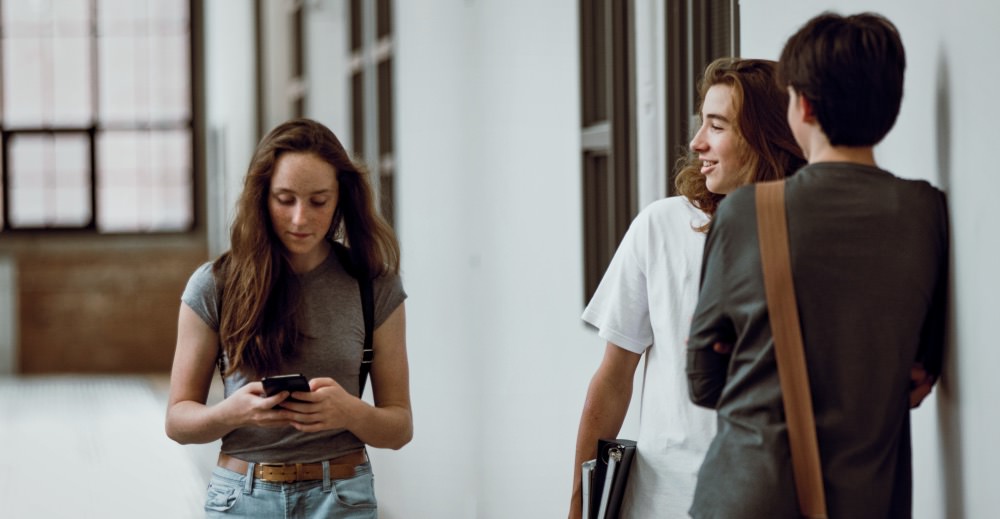 Portions of this article were originally reported in an online piece from Seventeen Magazine, written by Charlotte Hilton Andersen. 4-minute read.

“Take it as a compliment that you got to be in the spank bank.”

That, and even worse comments, are what one middle schooler Anna heard on a regular basis from the boy who sat behind her in class. And the saddest part is, this type of treatment, known as sexual harassment, isn’t an isolated issue. It seems to be the norm for 12 and 13-year-olds.

Consider how recent reports have revealed that police in the UK are reportedly investigating over 8,000 accusations of sex crimes in schools. Students have submitted their allegations on a website that is dedicated to gathering testimonies of sexual violence and abuse. Many of the perpetrators are claimed to be at the same school or in the same social groups.

On Twitter, the Education Secretary for England, Gavin Williamson, said: “No school—whether an independent school or state school—should ever be an environment where young people feel unsafe, let alone somewhere that sexual abuse can take place… The allegations that I have heard in recent days are shocking and abhorrent.”

But what could be a contributing factor to this tsunami of sexual violence in schools?

“There’s an erosion of an understanding of what normal sexual relationships look like,” said the National Police Chiefs’ Council lead on child protection.

What is sexual harassment?

Let’s start with a definition: sexual harassment is any unwanted touching or talking of a sexual nature, and it can happen in-person, on social media, or through private messages likes texts and DMs. While teasing and less serious isolated incidents aren’t necessarily unacceptable, harassment is illegal when it is so frequent or severe that it creates a hostile environment.

When Anna would ask the boy to leave her alone or stop pretending like he was touching himself behind her, he’d make fun of her for not being able to “take a joke.” And, while she struggled to express to others what was happening between this boy and her, she knew that his behavior made her feel small and invisible, and she felt helpless to stop it.

It’s no doubt that Anna was facing harassment as a preteen, and she’s not alone.

Here’s a concerning stat: about 27% of middle school girls said they’d been physically or verbally sexually harassed in a study done by the American Educational Research Association.

But this number might be low. According to Jennie Berglund, a middle-school health and sex-ed teacher and founder of Young Women’s Leadership Forum—a group dedicated to helping middle school girls overcome harassment to achieve their goals—girls oftentimes may not even know they’re being harassed.

Related: Colleges Have Classes About Responsibly Consuming Porn—Here’s What The Curriculum Often Misses

Part of what could be making that stat low is the fact that victims find themselves grappling with harassment and assault issues before they’ve taken a sex ed class. In many cases, students may never have the option to take such a class.

However, more likely is that harassment is frequently packaged as a “joke.” This means that abusers can straddle the fence of what is acceptable and not acceptable. Some abusers may even take the “joke” narrative a step further by making their victims think the victims are crazy for feeling upset.

It’s no wonder that close to two-thirds of sex crimes never get reported, according to Rape Abuse & Incest National Network (RAINN).

While in middle school “only” 27% of girls say they’ve been victims of sexual harassment, that number jumps to roughly 60% in high school, according to a study done by the American Association of University Women (AAUW).

The number of teens having experienced at least one form of harassment via technology—think text messages or Snapchat—is also shocking. According to a study done by the University of Chicago, that figure includes nearly 40% of teens. Note that number doesn’t even account for unrequested “dick pics,” requests for sexual favors or nude photos, or comments about body parts, which are so common, victims may not even feel like they’re worth reporting.

Even though study after study has pointed to commonplace harassment for the majority of 7th to 12th-grade girls, a recent AAUW report exhibited that 80% of schools reported exactly zero harassment.

So, where’s the disconnect then?

Well, it could either be that middle school and high school girls aren’t reporting or are underreporting their harassment or it could be that the schools are failing at protecting their students. More likely, it’s both.

Berglund says she’s seen girls wear baggier clothing to hide their bodies, put in headphones just to walk from one class to the next to block out comments, and even avoid drinking fountains for fear of bending over and getting groped.

The AAUW’s study also reported that harassment has led some girls to have trouble sleeping, lose their appetite, avoid class or a study group, think about changing schools, actually change schools, avoid certain rooms like the library, or change their schedule.

How to change this cycle

When it comes to fighting sexual harassment, the responsibility starts with the schools.

“Schools should conduct periodic sexual harassment awareness training for all school staff, including administrators, teachers, and guidance counselors, and age-appropriate sexual harassment training for students,” according to the U.S. Department of Education. “Regardless of whether the victim files a formal complaint or requests action, the school must conduct a prompt, impartial, and thorough investigation to determine what happened and must take appropriate steps to resolve the situation.”

While the victim should never be charged with stopping their own harassment, reporting the harassing behavior, according to Berglund, is imperative to ending this demeaning cycle.

We’re an anti-porn nonprofit, so why are we talking about sexual harassment?

The place it all starts is with the implicit dehumanizing lessons boys and girls learn at young ages.

And yet, porn’s ability as an unrealistic, hypersexualized form of media, to dress up sexual harassment as flirting or harmless joking is concerning.

See how it can be easy for a teen boy to live in an echochamber where it isn’t a big deal for him to demean the girl in front of him in class?’

Will you consider the facts before consuming?