What began on a Reddit thread quickly spread across social media and the world as more and more followers concluded that expensive cabinets must mean that there are trafficked children hidden inside.

By Fight the New DrugOctober 6, 2020No Comments 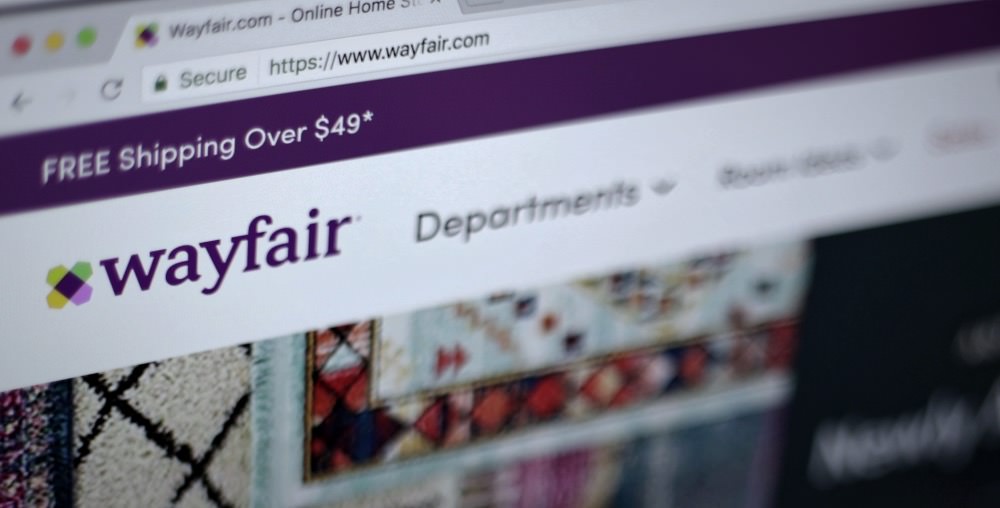 At the beginning of July 2020, rumors went viral that Wayfair, an online homewares store, was sex trafficking children. There are still theories related to Wayfair circulating even today, over two months later. What began on a Reddit thread quickly spread across social media and the world as more and more followers concluded that expensive cabinets must mean that there are trafficked children hidden inside, or that the purchase of said expensive cabinet triggers an exchange with a trafficker who is selling children.

The Wayfair theory is not based on evidence, police reports, first-hand accounts, financial records, or any sort of investigative reporting. It has been debunked again and again by several fact-checking outlets, and denounced by anti-trafficking experts and anti-exploitation organizations. There is no evidence that Wayfair is trafficking children.

Theories like Wayfair play into our society’s fears and longstanding misconceptions about the realities of sex trafficking—myths we are trying to bust every single day. So while it has been great to see expressions of passion about the issue of child sex trafficking on social media, these kinds of conspiracy theories do more harm than good in the fight against sex trafficking.

Here’s how it all happened, and how we can all fight the real issue of sex trafficking in tangible ways.

The Wayfair rumors circulated from a subreddit thread dedicated to conspiracy theories where a user posted screenshots of expensive cabinets listed on the furniture website and asked if it were “possible” Wayfair was involved in human trafficking. Followers of the post took it from there, alleging missing children were hidden inside the cabinets so that when a member of a sex trafficking ring purchased the cabinet, they would receive a real-life child to exploit.

As the internet piled on, another leap of logic was made stating that the names of the cabinets matched the names of missing children in the U.S. It was quickly revealed that many of those children are no longer missing, or according to one woman’s Facebook live, she never went missing in the first place.

Consider how there were over 400,000 people under the age of 18 reported missing in the U.S. in 2019, and so any naming can be considered a coincidence. Additionally, the National Center for Missing and Exploited Children (NCMEC) said that, “the vast majority of all missing children are recovered quickly and safely.”

In response to the claims, Wayfair—which is third-party selling website similar to Amazon— explained that the company selling the cabinets uses an algorithm to name products and said the cabinets are industrial grade and “accurately priced,” but due to the outcry, the company temporarily removed the products from the site to rename and create descriptions that better explain the price point. The product removal isn’t confirmation that there was something suspicious going on—here are four excellent theories based on online retailers’ protocol worldwide that speak to why the cabinets were so expensive in the first place.

Some followers were not satisfied with Wayfair’s statement and cited other suspicious things on the Wayfair site, like one shower curtain listed for $9,999 while a similar item was only $99. Instead of the likely possibility of a glitch in the pricing system, theory believers assumed the only explanation could be that Wayfair is involved in or facilitating sex trafficking.

Additional rumors have been posted as “proof” but are also untrue, such as the inaccurate rumors that Wayfair’s CEO stepped down and that a man named “Bill Hutcherson,” supposedly Wayfair’s “President of Operations,” was photographed with Ghislaine Maxwell, who was recently arrested and charged with luring girls to be abused by her previous partner, Jeffrey Epstein. Turns out, there is no “Bill Hutcherson” or even that position title within Wayfair, and the real man in the photograph is the founder of a watch design company.

Related: What Happens To Sex Trafficking Survivors After They’re Rescued?

As if the conspiracy theory hadn’t gotten weird enough, one additional accusation included the Russian search engine Yandex. If a person searched for the stock keeping unit number (SKU) associated with the “suspected items” on Yandex, it returned images of young female children. This creepily turned out to be real, but as it turns out, any string of numbers would get similar results. This says a lot more about Yandex than Wayfair.

The National Center On Sexual Exploitation (NCOSE) also questioned the truthfulness of the Wayfair theory and pointed out several problems with the logic. For starters, sex trafficking is often committed in ways that don’t leave a paper trail like going through Wayfair would.

In a statement, NCOSE wrote:

“Traffickers aren’t forced to go to such elaborate lengths as imagined by Redditors when much simpler, easier to access, and less-traceable means are available to them.”

Conspiracy theories about sex trafficking can gain a lot of traction because they play on very real fears. Everyone wants children to be safe, and the idea that they may be sex trafficked is one of the most horrific things imaginable.

In a way, the Wayfair conspiracy is the new Taken, the exaggerated Hollywood version of trafficking. When someone mentions “sex trafficking,” it’s still common to imagine a young woman being kidnapped and smuggled into a foreign country, chained to a bed and sold for sex. These scenarios or similarly horrific scenes can and absolutely do happen. Jeffrey Epstein trafficked teenage girls and arguably the existence of his “orgy island” probably made it more likely for a conspiracy theory like Wayfair to take hold, but the billionaire exploiters of the world are less common than some internet sleuths claim them to be.

The daily realities of sex trafficking are still horrible and unacceptable in any society, but don’t make salacious headlines.

Beyond sharing false information about the realities of sex trafficking, the public outcry and fear about Wayfair selling children caused immediate problems for organizations dedicated to fighting trafficking on a daily basis.

The National Human Trafficking Helpline was inundated with hundreds of calls about Wayfair while the conspiracy was flooding social media online. The Polaris Project, who runs the helpline, released a statement saying they did not receive a new tip about Wayfair that had not already been shared online, nor from any person with a connection to the alleged missing children. Instead, the number of calls took precious time away from those in need of help.

Additionally, NCOSE denounced the theory as a distraction:

“We cannot simply ignore ill-informed takes on sex trafficking because the vast and pervasive subconscious acceptance of the narratives they create make it more difficult to spread the truth and implement effective change and reform…. They have distracted potential anti-trafficking allies and advocates from seeing and understanding who the data shows is actually purchasing sex illegally and actively exploiting trafficking victims above ground in their local communities.”

Sex trafficking is a complex issue that should be treated with care by those with training to recognize victims. But if there is a silver lining to this internet phenomenon, it is that the social uproar confirms people want to help fight sex trafficking.

So what can you do? Here are some suggestions:

Click here to learn more about what you can do to report trafficking when you see something suspicious.