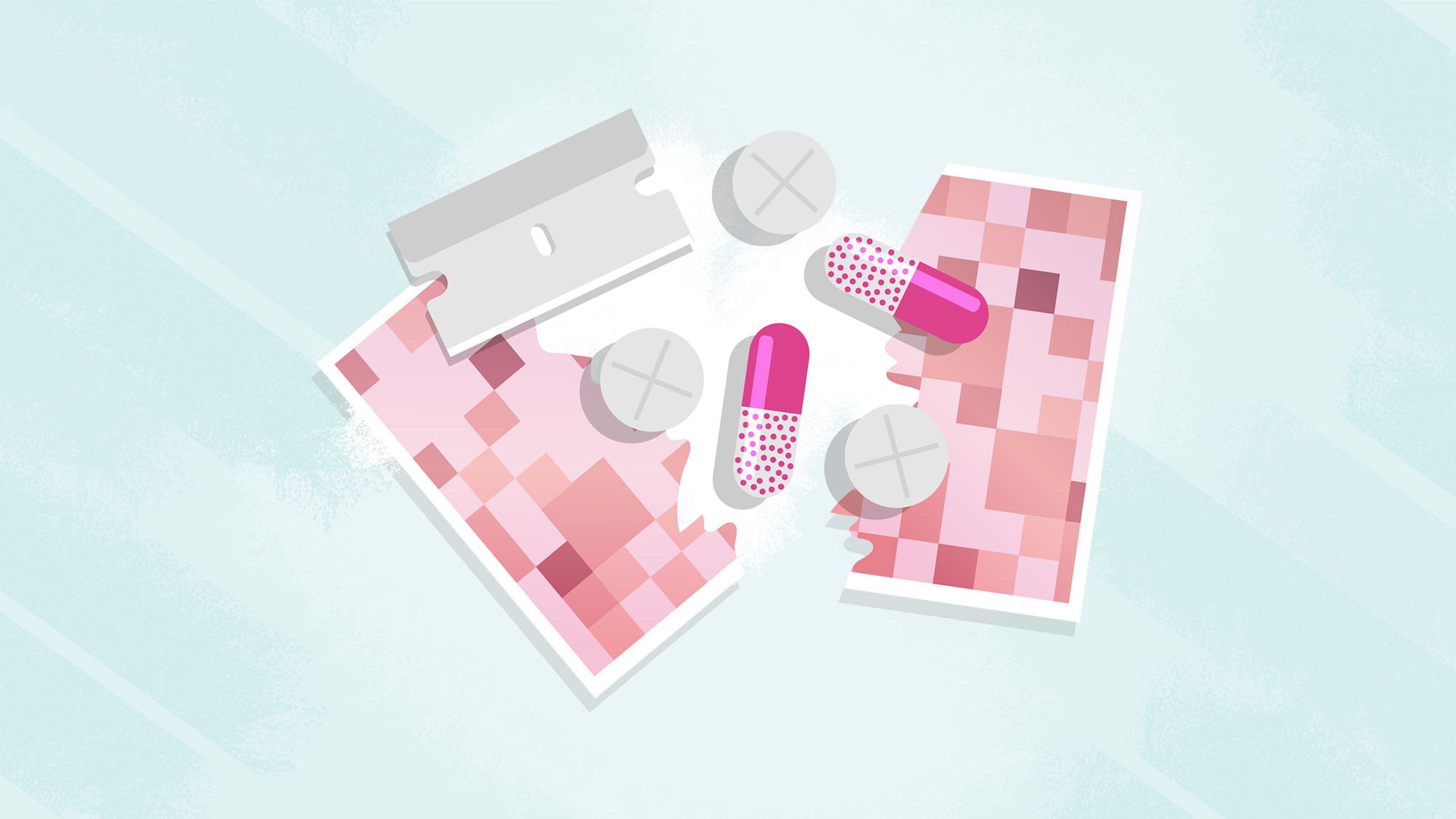 So where’s the similarity? Inside the brain.

In case you’re not a neurosurgeon, here’s a crash course in how the brain works. Deep inside the brain, there’s something called a “reward center.” [1] You’ve got one. Your dog’s got one. For mammals, it comes standard. The reward center’s job is to release “pleasure” chemicals into your brain whenever you do something healthy, like eating tasty food, doing a hard workout, or enjoying a kiss. [2] The “high” you get from that chemical rush makes you want to repeat that behavior again and again. [3] Thanks to your reward center, your brain is hardwired to motivate you to do things that will improve your health and chances of survival. [4] It’s a great system…normally.

The problem is, the brain can be tricked.

When addictive substances are used, they give the brain a “false signal.” [5] Since the brain can’t tell the difference between the drugs and a real, healthy reward, it goes ahead and activates the reward center. [6] An important chemical called dopamine is released, which makes the brain start developing a craving for the fake reward. [7] As long as there’s a lot of dopamine floating around in the brain, the cravings will keep getting stronger, and the consumer will feel super-motivation to keep pursuing more of the drug. [8] Essentially, addictive drugs hijack the brain, turning it around and forcing it in a direction it was never meant to go. Instead of encouraging the consumer toward healthy behaviors, drugs lead the consumer into things that aren’t healthy at all, and can even be dangerous. [9]

Researchers have found that internet porn and addictive substances like tobacco have very similar effects on the brain, [10] and they are significantly different from how the brain reacts to healthy, natural pleasures like food or sex. [11] Think about it. When you’re munching a snack or enjoying a romantic encounter, eventually your cravings will drop and you’ll feel satisfied. Why? Because your brain has a built-in “off” switch for natural pleasures. “Dopamine cells stop firing after repeated consumption of a ‘natural reward’ (e.g. food or sex),” explains Nora Volkow, Director of The National Institute of Drug Abuse. [12] But addictive drugs go right on increasing dopamine levels without giving the brain a break. [13] The more hits drug users take, the more dopamine floods their brain, and the stronger their urges are to keep using. That’s why drug addicts find it so hard to stop once they take the first hit. “[O]ne hit may turn into many hits, or even a lost weekend.” [14]

[18] Satinover, J. (2004). Senate Committee on Commerce, Science, and Transportation, Subcommittee on Science, Technology, and Space, Hearing on the Brain Science Behind Pornography Addiction and Effects of Addiction on Families and Communities, November 18.