Skip to main content
Close Search
Get the FactsThe Brain

This article is also available in Spanish.
By Fight the New DrugMay 12, 2021No Comments 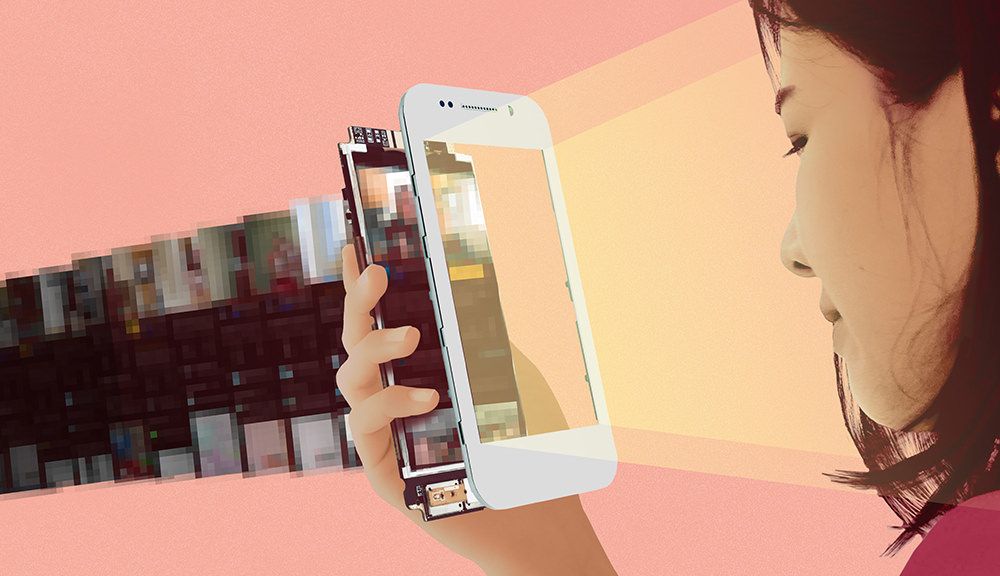 We’ve all heard stories from smokers or former smokers that include something like, “It started with one cigarette, but eventually, I was smoking two packs a day.”

It’s easy to understand how a smoker might need several cigarettes to get the same buzz they used to get from one, but no one says, “I had to watch that scene five times to get the same feeling I used to get watching it once” about pornography. On the contrary, porn consumers get bored with scenes once they’ve seen them. (It’s called “habituation.”Kowalewska, E., Grubbs, J. B., Potenza, M. N., Gola, M., Draps, M., & Kraus, S. W. (2018). Neurocognitive Mechanisms in Compulsive Sexual Behavior Disorder. Current Sexual Health Reports, 10(4), 255–264. doi: 10.1007/s11930-018-0176-zCopy ) Multiple viewings generally result in less response, not more.

Desensitization results from too much dopamine—the so-called “pleasure chemical.” Your brain generates different amounts of it in response to all sorts of experiences, from kissing, to looking at something beautiful, to eating a great meal.

The more time you spend at those elevated levels, the more your brain’s dopamine receptors (the parts of the brain that respond to dopamine) start to “plug their ears.” Think of them as little referees becoming more and more oblivious to complaining players and screaming fans, or the way you no longer hear your parents yelling at you to put your socks in the laundry and stop scrolling through TikTok.Volkow, N. D., Wang, G.-J., Fowler, J. S., Tomasi, D., Telang, F., & Baler, R. (2010). Addiction: Decreased reward sensitivity and increased expectation sensitivity conspire to overwhelm the brain's control circuit. BioEssays, 32(9), 748–755. doi: 10.1002/bies.201000042Copy

Desensitization also shouldn’t be confused with habituation, which basically just refers to your brain being bored with a picture or video it’s already seen. Habituation is a common response to all kinds of things we consume frequently from movies to music to food, and everything in between, and it occurs relatively quickly.Kowalewska, E., Grubbs, J. B., Potenza, M. N., Gola, M., Draps, M., & Kraus, S. W. (2018). Neurocognitive Mechanisms in Compulsive Sexual Behavior Disorder. Current Sexual Health Reports, 10(4), 255–264. doi: 10.1007/s11930-018-0176-zCopy  It’s basically the brain looking at something it’s seen before and saying, “Meh. I’m getting tired of that.” Desensitization is a much more complicated, chemical process that takes place over time with repeated abuse.

In a pair of interesting studies that were replicated with both menKoukounas, E., & Over, R. (2000). Changes in the magnitude of the eyeblink startle response during habituation of sexual arousal. Behaviour Research and Therapy, 38(6), 573–584. doi: 10.1016/s0005-7967(99)00075-3Copy  and women,Meuwissen, I., & Over, R. (1990). Habituation and dishabituation of female sexual arousal. Behaviour Research and Therapy, 28(3), 217–226. doi: 10.1016/0005-7967(90)90004-3Copy  college students were hooked up to instruments that measured their arousal and interest, and were then shown the same pornographic scene multiple times in a row. You can imagine what happened—arousal and interest, for both the men and women, were initially very high, but habituation quickly set in, and their interest and level of arousal waned dramatically. Then, after many viewings, right as the subjects’ boredom was reaching maximum levels, the researchers suddenly and without warning switched to a brand new pornographic film. What do you think happened? Were the subjects just so bored and “over it” that they continued in their disinterest? Nope! Bam! Arousal and interest levels immediately shot right back up to where they were before.

This phenomenon is often referred to as “The Coolidge Effect.” The Coolidge Effect has been demonstrated time and again, in all sorts of research settings.Ventura-Aquino, E., Fernández-Guasti, A., & Paredes, R. G. (2018). Hormones and the coolidge effect. Molecular and Cellular Endocrinology, 467, 42-48. doi:https://doi.org/10.1016/j.mce.2017.09.010Copy Hughes, S. M., Aung, T., Harrison, M. A., LaFayette, J. N., & Gallup, G. G. (2021). Experimental evidence for sex differences in sexual variety preferences: Support for the Coolidge Effect in humans. Archives of Sexual Behavior, 50(2), 495-509. doi:10.1007/s10508-020-01730-xCopy  Put a male and female of just about any type of animal together and they will mate, and mate, and then get bored with each other. But replace one of them with a new partner, and even if they’re exhausted from mating with the last one, they will attempt to mate again. We are often driven toward sexual novelty. Researchers have surmised that this is because we are driven by a deep biological need to reproduce as often as possible.

Dr. Norman Doidge, a psychiatrist and New York Times best-selling author of The Brain That Changes Itself, explains, “Pornography satisfies every one of the prerequisites for neuroplastic change. When pornographers boast that they are pushing the envelope by introducing new, harder themes, what they don’t say is that they must, because their customers are building up a tolerance to the content.”Doidge, N. (2007). The Brain That Changes Itself. New York: Penguin Books.Copy

Consumers may also be drawn to other aspects of pornography: secrecy, shock value, taboos, shame.

All of these things offer varying ways to feed a desire for novelty and excitement. And for consumers who consistently view this type of material, it is possible to find their sexual interests eventually deviating in very unexpected directions. In one 2016 study, researchers found that 46.9% of respondents reported that, over time, they began watching pornography that had previously disinterested or even disgusted them.Wéry, A., & Billieux, J. (2016). Online sexual activities: An exploratory study of problematic and non-problematic usage patterns in a sample of men. Computers in Human Behavior, 56, 257-266. doi:https://doi.org/10.1016/j.chb.2015.11.046Copy