12 Hollywood Stars Who Have Spoken Out on Porn’s Harms

By Fight the New DrugAugust 12, 2022No Comments 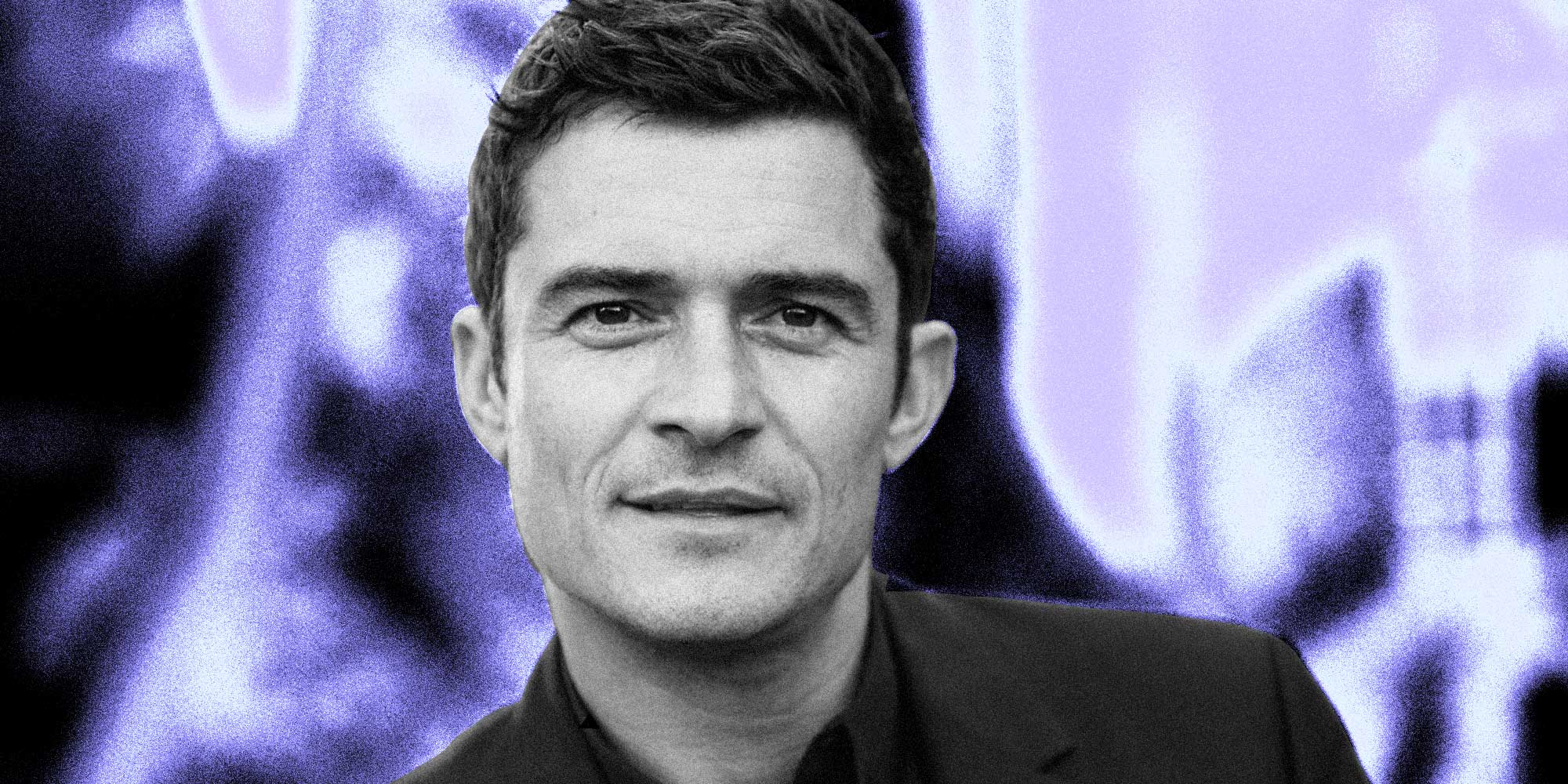 Here’s a non-exhaustive list of athletes and actors who have directly and publicly addressed the issue of pornography and why they think it’s harmful.

Of course, there are plenty more celebs who don’t support it, but these are stars who have been the most outspoken, bold, or insightful in talking about porn’s harms. 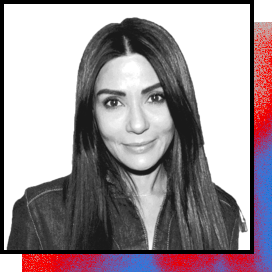 To some, the Chicago native is an actress, but to others, she’s a hero. After learning about the rampant issue of human trafficking, Marisol has worked with law enforcement and state and federal legislators for over a decade to help catch child sexual predators and human traffickers by going undercover. She also founded Foundation for a Slavery Free World, a non-profit that produces events in Hollywood to raise awareness on trafficking and awards individuals and other non-profit groups for their heroic work in this field.

Recently, we sat down with Marisol to talk about her anti-trafficking efforts for our podcast, Consider Before Consuming. In our conversation, she explained how child trafficking and mainstream pornography are connected:

You can learn more about Foundation for a Slavery Free World at www.slaveryfreeworld.org and connect with Marisol on Instagram at @marisolnichols. 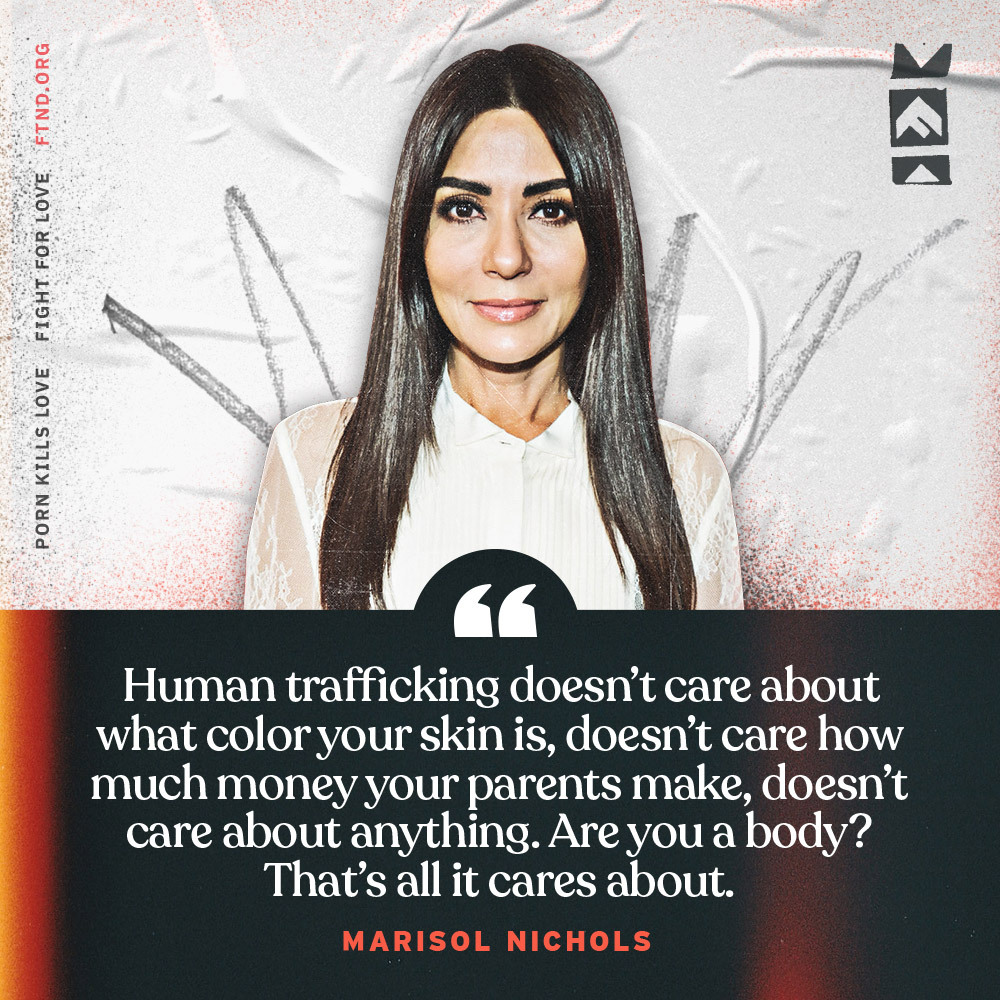 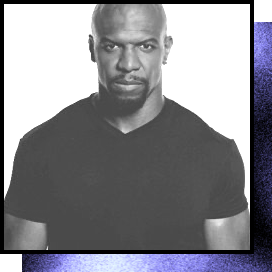 We were able to sit down with him after this post and have a conversation for our podcast, Consider Before Consuming. Click here to listen now.

A couple of years ago, Terry began using the Facebook live video feature to go in-depth about his past struggle, how it damaged his relationships, and how we was able to finally overcome it. In a series of videos to his 8 million+ Facebook audience, Terry Crews addressed what he called his “dirty little secret.”

“This thing has become a problem, I think it’s a worldwide problem,” Terry said in his first Dirty Little Secret video. “Pornography really messed up my life in a lot of ways. Some people deny it and say, ‘Hey man you can’t really be addicted to pornography, there’s no way.’ But I’ll tell you something: if day turns into night and you’re still watching, you probably got a problem. And that was me.”

The real-talk video series quickly gained millions of views, and was picked up by news outlets like CNN and The Today Show, generating a nationwide discussion on the harms of pornography.

In an excerpt from an interview with the Tom Joyner Morning Show, Crews and his wife of 25 years, Rebecca, opened up about the effect it had on their life together:

Joyner: “Terry, did you have a collection or was it just online?”

Crews: “Online. It wasn’t a collection, I was smart enough not to keep anything in the house… I (was) suffering from something. I was a loving father, husband, the whole thing, but in the back of my mind I needed something like pornography just to chill. It’s almost like not admitting you’re an alcoholic or something like that. But the thing is, you can’t live in two worlds, and I was getting farther and farther away from Rebecca. Pornography is an intimacy killer. It just started building up a wall. A lot of people get divorced and they don’t even understand how the separation began. It wasn’t that she caught me. She was like, ‘Something is wrong with you,’ and I finally had to admit it was a problem… I realized I couldn’t stop.” 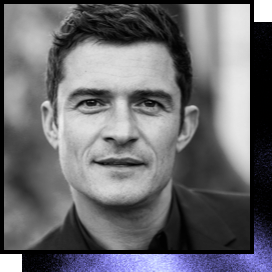 Before meeting his now-fiancée, singer Katy Perry, Orlando Bloom took the suggestion of a friend and went 6 months without hooking up with anyone. In that time, he realized how his sexpectations had kept him from connecting to women on a friendship level.

While he was taking a break from casual sex, Bloom also understood porn’s negative effects for himself. When asked if he looked to pornography as a substitute for sex, Bloom insisted he did “completely nothing” during those months.

“They’ve done the studies, they can’t find any kids who don’t watch it. When you watch multiple people at multiple times in one evening, how is your actual real-life partner going to match up?” he noted. “It’s just so destructive.”

Science and research would agree with you, Bloom. 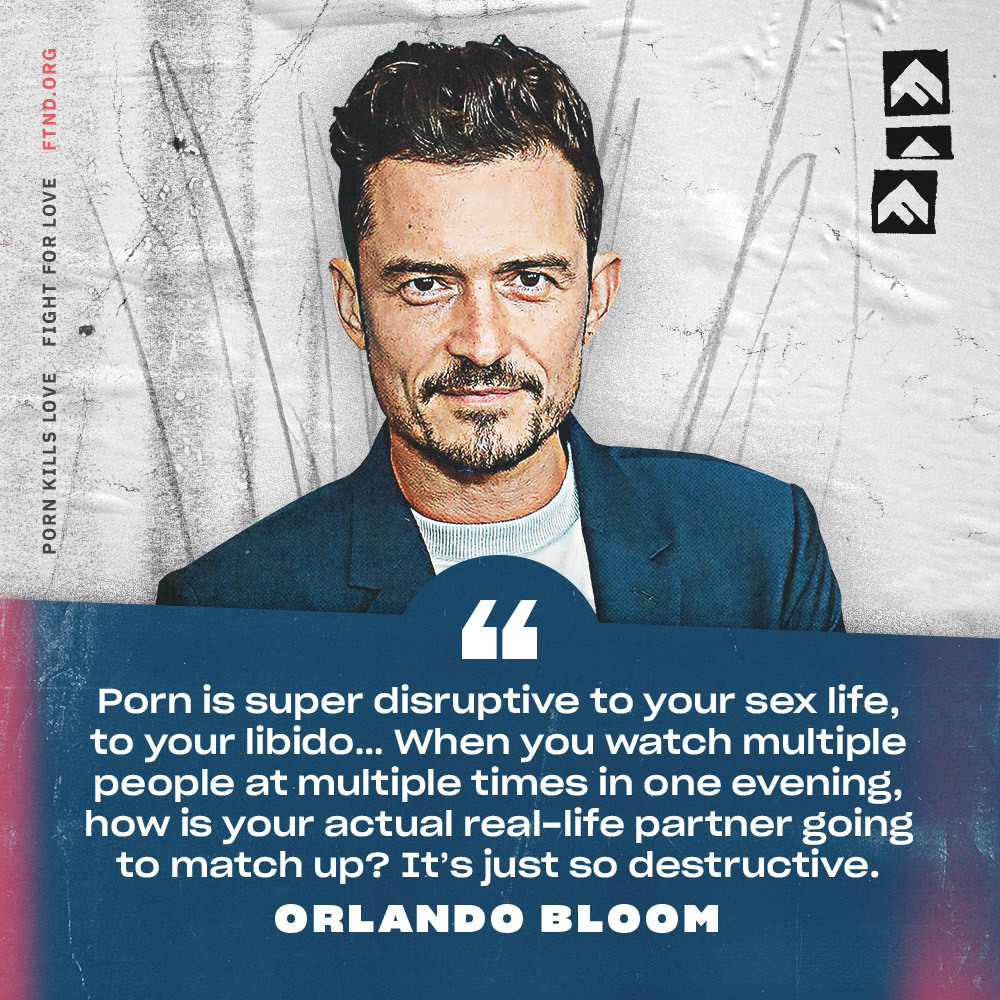 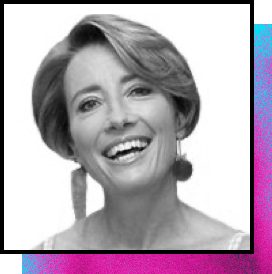 When it comes to British actors, few are more accomplished than Emma Thompson who has appeared in 40 films, and has been nominated for five Academy Awards and won two. The London-born actress has starred in such films as Harry Potter as Professor Trelawney, Love Actually, Nanny McPhee, Stranger Than Fiction, and Saving Mr. Banks.

And in addition to her incredible career, we’re celebrating Thompson for the fact that she’s unafraid to speak out against the harms of pornography in our society.

She even revealed she has created a handbook for her daughter to help guide her through the maze of online dangers. “Those quick clicks are dangerous,” she says.

Thompson also talks about her concerns for young men who look at pornography online and “cannot function sexually because they’ve lost the use of their imagination.” 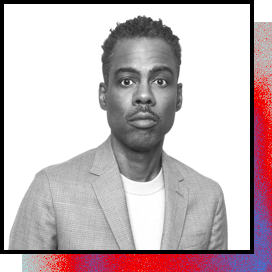 “One of the things I’ve done in the last year, not just going to therapy, I’ve gotten off of social media. I got off all social media, I don’t watch pornography anymore, and my brain is like—I’m focused, man.”

This quote is from Chris Rock during a podcast interview in September 2020 (FTND note: the content in the interview discusses political and religious issues on which FTND has no stance as a non-religious and non-legislative nonprofit).

In the last couple of years, comedian Chris Rock has joined with other celebrities in speaking out on the life-changing harmful effects of pornography.

Here’s an excerpt from the special, edited for language:

Now, we know that Chris Rock is a comedian—his business is to tell jokes, to make people laugh about uncomfortable things. But that shouldn’t take away the impact of what he says. 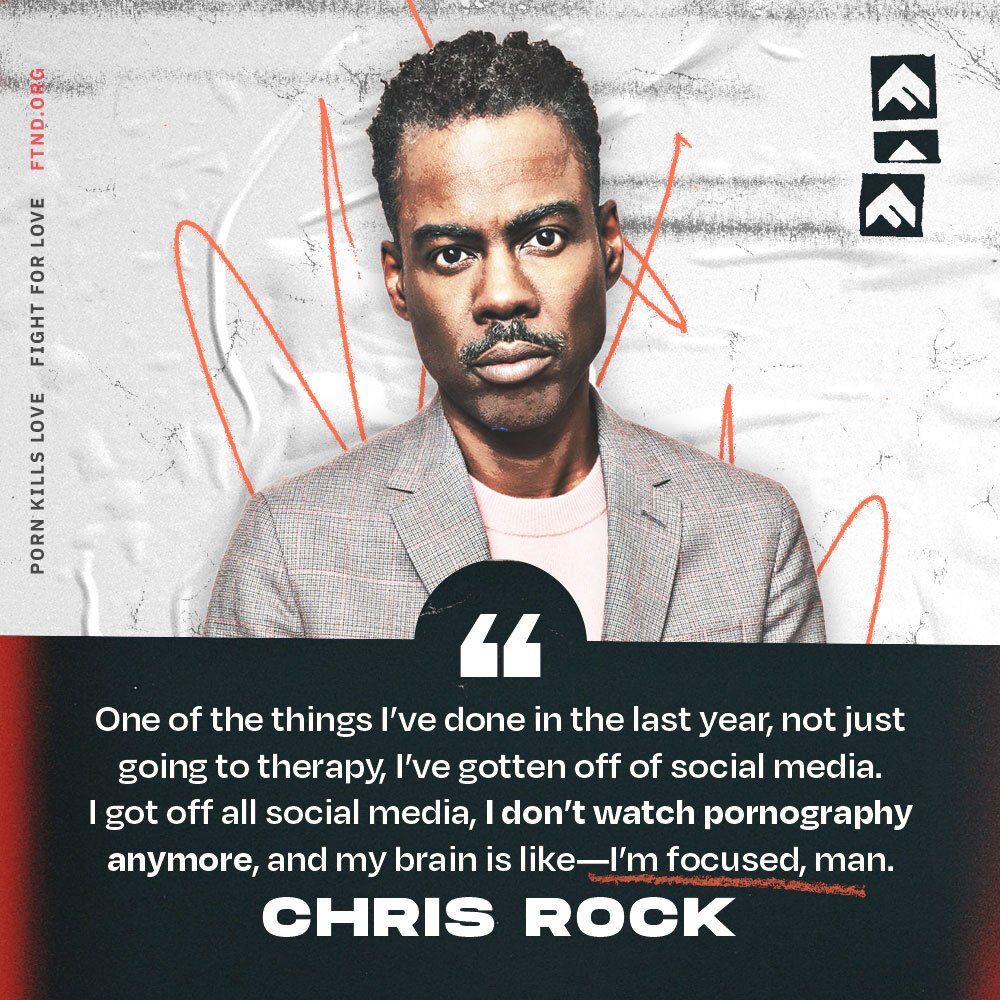 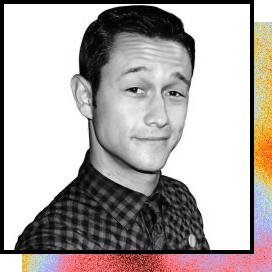 Everybody loves some JGL right? Well here is a reason to love him even more. In late 2013, Joseph Gordon-Levitt’s directorial debut hit theaters. The widely released Don Jon, was the topic of much discussion in the media because of the movie’s subject matter—porn.

The movie, which was written, directed, and starred in by Gordon-Levitt, features Jon, a good looking, macho man who has no trouble with the ladies. 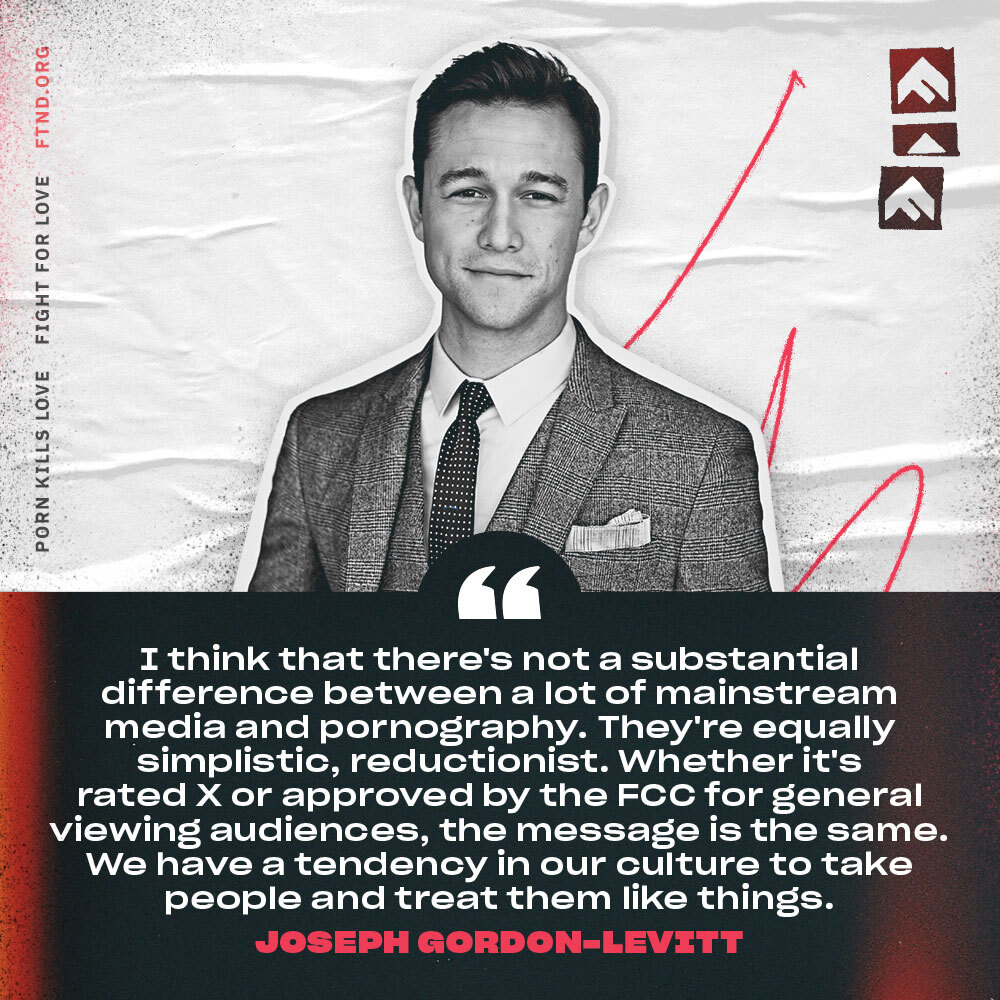 In an interview talking about his character in the movie and the message of the film, Gordon-Levitt said:

“Everything in Jon’s life is sort of a one-way street. He is not connecting or engaging with anyone. That goes for the women in his life… It’s an item on a checklist. He doesn’t listen; he just takes. At the beginning of the movie, he is finding that dissatisfying because there’s the sequence where he brings a young lady home from the bar and he is comparing her to this checklist that he has gotten off of what he likes to see in a pornography video. Obviously, a real human being is not going to map onto that because there is a fundamental difference between a human being and an image on a screen.”

Since the movie, Gordon-Levitt has been open about his feelings about how the media and pornography negatively depict people and relationships. 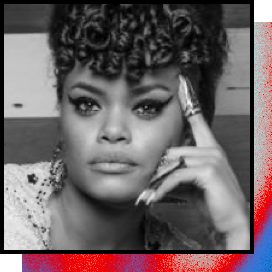 Day wanted the focus to be on Holiday’s music in the critically-acclaimed film and not the sexualization of her in part because of her own struggle with sexual compulsion. 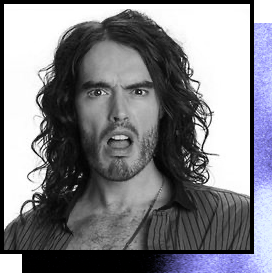 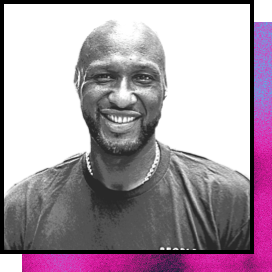 Shortly after his viral interview with TMZ Sports where he made this announcement alongside his partner at the time, we were able to catch up with him near his hometown of Queens, New York.

Lamar’s vulnerability is admirable in sharing his story with us. Listen to our exclusive Consider Before Consuming FTND podcast interview with him that you can find anywhere you listen to podcasts. 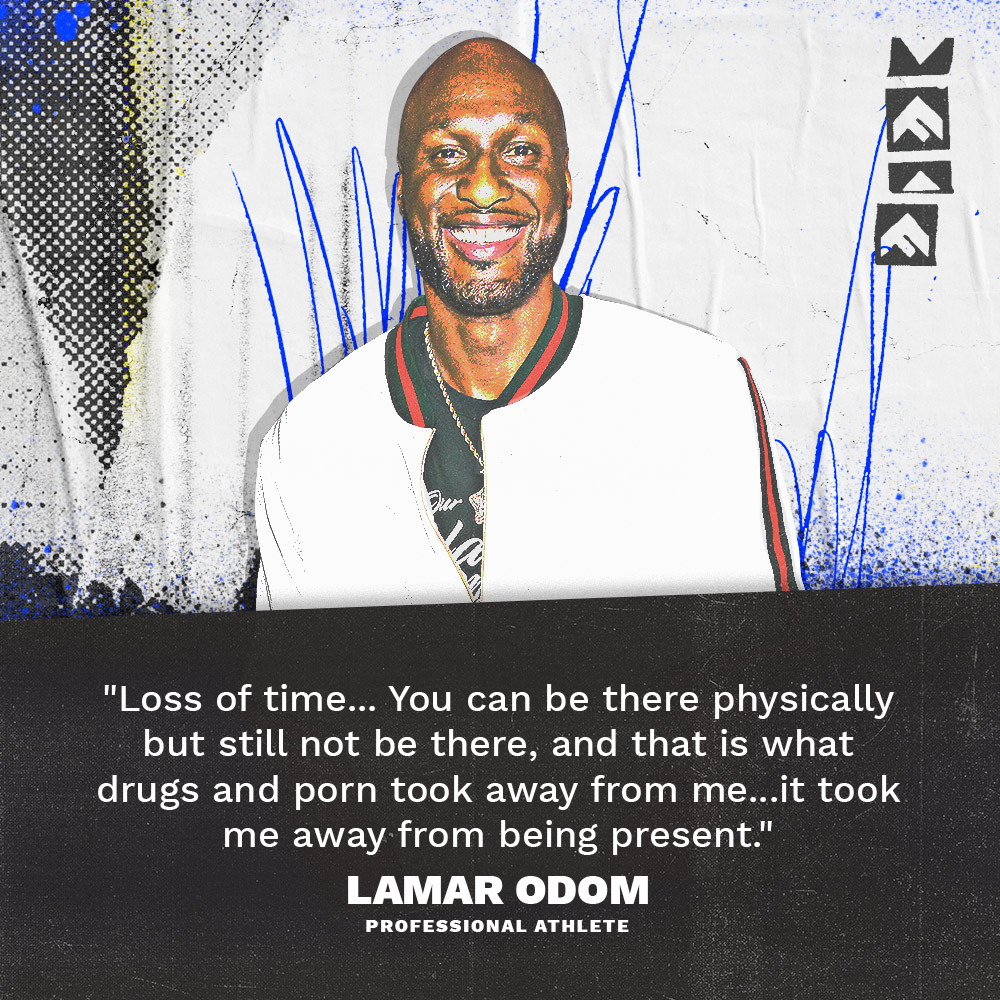 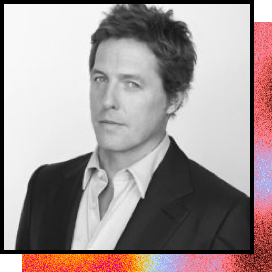 Grant answered quickly, “Ah, I’m rather proud of this! About three years ago. Yes, I went cold turkey.”

Grant’s response? “I now have three children. I think there is a correlation.”

We think so too, Hugh. 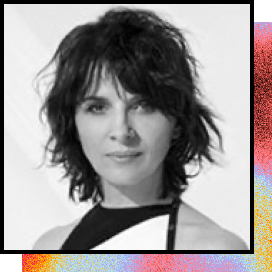 This acclaimed French actress won an Oscar for her role in The English Patient, and has starred in films such as Chocolat (in which she was nominated for another Academy Award) and Dan In Real Life.

She is also the first woman to have won best actress awards at the Berlin, Cannes, and Venice film festivals. We recently uncovered this quote from an interview she gave to UK site The Independent in 2012: 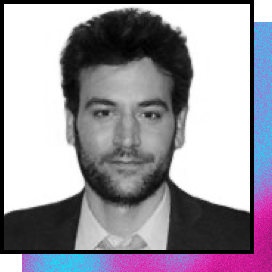 In an exclusive interview with Fight the New Drug, Josh Radnor spoke out publicly for the first time against pornography and shared why is against it. As an actor he is most notably known for his role as Ted Mosby in the Emmy Award-winning TV show How I Met Your Mother, and for writing and directingLiberal Arts and Happythankyoumoreplease.

We caught up with Josh for an exclusive interview in Richmond, Virginia, where he was filming the second season of Mercy Street, his latest television series. We asked him a series of questions about his thoughts and feelings about the effects of pornography on individuals, relationships, and society as a whole. When asked about how he approaches this issue from a factual standpoint, he told us:

Our interview with Josh was shared thousands of times on Facebook and generated a large discussion on the actor’s Twitter account. One of our favorite quotes from the interview: