When I returned to the film set, groggy from the pills, the room was filled. Over 20 people stood around, focused on the couch in the middle of the room.

That’s what he told me as he handed me several Xanax and a muscle relaxer.

“You’re gonna need those, trust me.”

Can any of you tell me if you’ve ever shown up at work on an empty stomach and told to take drugs? Something isn’t right here.

My co-star walked in. Tall, bronze, and beautiful. He kissed my hand and told me I was the kind of woman who should have his children. He was very sexy and boyish in his charm. We left the room to go our separate ways and do makeup. My hair wasn’t platinum blonde as they wanted… So it took several hours to make me over.

When I returned to the film set, groggy from the pills, the room was filled with people. Sound, lights, cameras, makeup people, yes, even a “fluff girl.” All in all, over 20 people stood behind an imaginary line, all focus was on the couch in the middle of the room.

I can’t do this, I objected. I said that I wanted to back out. But the cheerleaders came in strong: “Yes you can, you look great! You’re gonna be a star! Just forget we’re here!”

I found myself sitting down on the couch, in front of everyone.

And the rest I recall with the memory of a rape victim.

He immediately straddled my shoulders. He slapped my face hard several times, I was so shocked, this nice guy I had just met, he was hitting me! And no one did anything! Quickly, he started gagging me as he ripped my clothes off. The crew around me didn’t stop it as I began to fight him off, literally swinging fists and telling him no.

As he tore off my clothes, assaulting me and calling me profane names, I was raging and crying. When I looked over to make eye contact with the producer and beg him to stop… I was sickened to see his pleasure as he watched my abuse.

Maybe it was five minutes. Maybe more. My mind refuses to remember. But the bruises and the violation of my body continues today with the memory of my filmed rape.

Thanks for making me a “star.”

This Happens More Than You Think

And for those who do speak out, many of them are hunted and blackmailed into hiding, like this former performer who wanted us to conceal all traces of her identity for safety purposes. 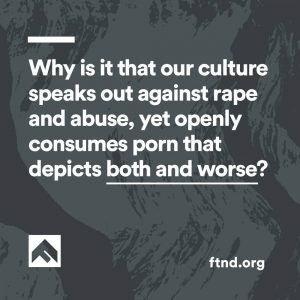