The internet has made pornography easier for anyone and everyone to access.

And here are the stories of two more young women who also show how universal an issue pornography is.

“I just discovered it by chance, although, at the time I had no idea what I was doing and no idea it was wrong. It became my main coping mechanism for when I was happy, sad, bored, excited, angry, or lonely. I told myself that my thoughts/fantasies weren’t dangerous, that I wasn’t hurting myself and that since I wasn’t out there having sex, it was OK. I lived with this in secrecy for 16 years before seeking help.”

This story is the same one we hear so often from girls who are going through the same thing.

She added that if she would have known that it was a human issue and not just a man issue, “I think I may have come clean…and sought help much earlier.”

“In our culture, it is acceptable for men to view pornography,” she said. “It’s even expected. We see it in almost every TV show or sitcom. It is so ‘normal’ in our culture. But rarely do people mention women. I don’t understand why people would assume that women don’t have any sexual drive or desires or why they wouldn’t be sexual beings just as men are… We are all wired to desire sex at some point. I think women can be just as visual as men.”

“I didn’t seek help for my addiction because I felt I was a freak of nature, because I was sure that I was the ONLY woman who struggled with a man’s disease. I remember looking up articles and blogs about recovering from pornography addiction, and everything I found was about men, for men, written by men. So, clearly, I was the only one.”

When we asked Nicole what she would say to other girls who are going through this, specifically teen girls, she said, “Understand that you are not the only one. Not by a long shot. Your worth is neither defined nor altered by this addiction. Please, reach out. Find someone you can trust. I promise, you can be free of it.”

It’s time to stand up for everyone who’s going through this. We’re fighting with you—you are not alone. 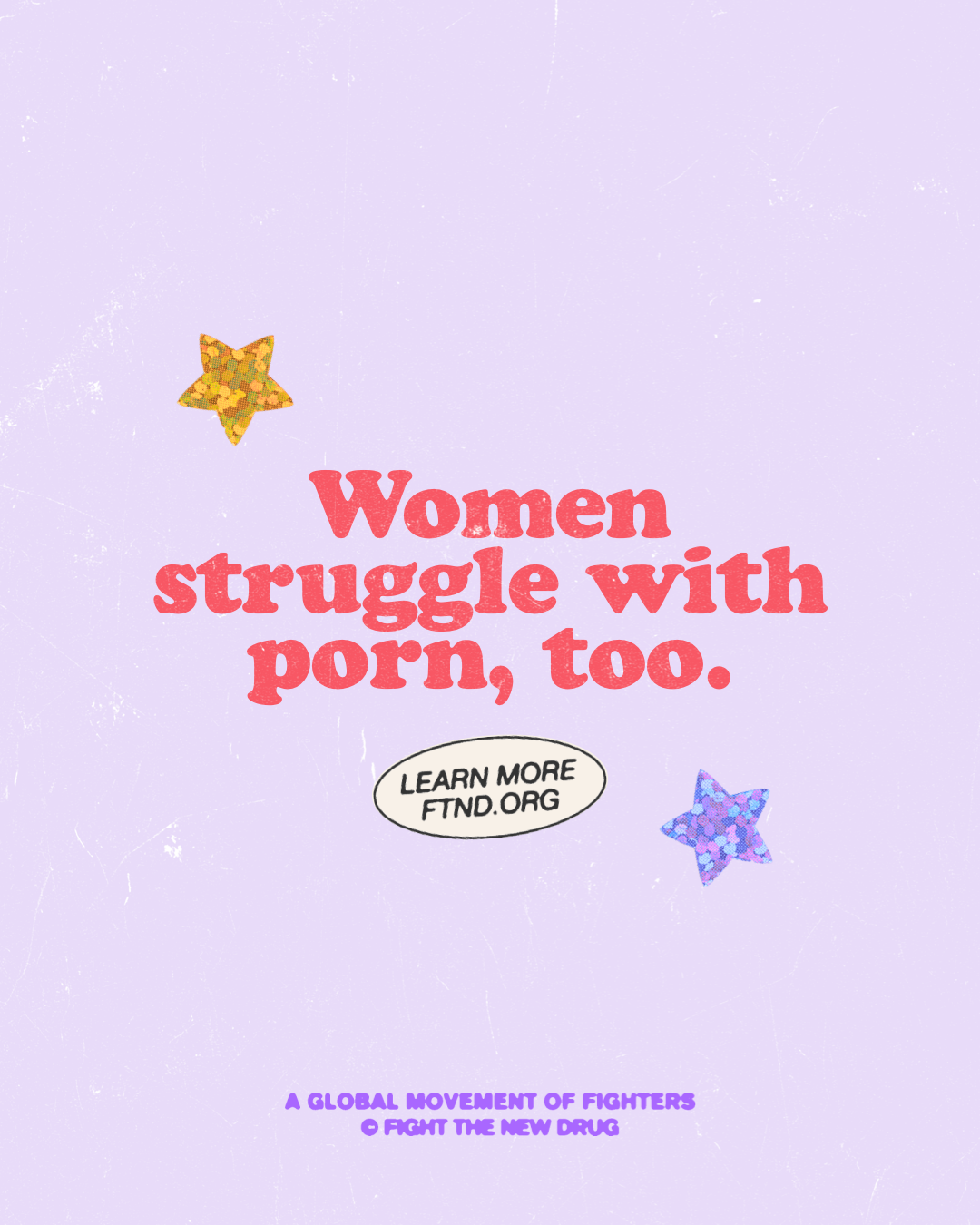