By Fight the New DrugDecember 11, 2020No Comments 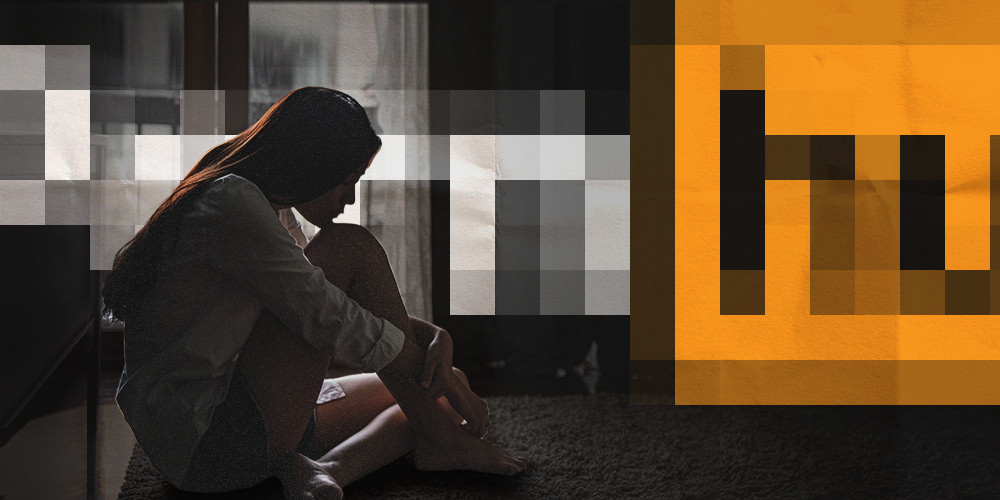 When Taylor was 14, her boyfriend secretly made a video of her performing a sex act.

“They made money off my pain and suffering,” she said.

Listen: Nicholas Kristof’s Interview with Consider Before Consuming, a Podcast by Fight the New Drug

Kristof’s articles continued the work of many journalists and advocates in exposing the side of the internet that most people do not want to think about.

And while not mentioned in the article, the work of many other advocates and survivors made this article possible.

For some, this marks a positive shift in the right direction, but to other victims and advocates, it is too little, too late.

Each of their experiences reveal the pain victims experience. They may suffer through bullying or ostracizing from their social network, drop out or struggle through school, and future careers are at risk because of explicit videos that show up when a potential employer googles their name.

Kristof called out American Express, Visa, and Mastercard for providing the services to pay for this content and even the entire country of Canada, where MindGeek is headquartered, for ignoring the company’s pattern of profiting from exploitation.

If this statement was referring to Pornhub’s content moderation team, then we would say it is far from effective. Moderators review new uploads checking for age and abuse, but both aspects are extremely difficult to confirm.

A former MindGeek employee said the focus was maximizing profits, and as a moderator, the goal was to “let as much content as possible go through.”

The responses to Nicholas Kristof’s article were almost immediate. Justin Trudeau, Prime Minister of Canada, said he was “extremely concerned” and that his government is working with law enforcement to address sex trafficking and child abuse material. Perhaps unsatisfied with this statement, a collaboration of Canadian lawmakers sent a letter to the Attorney General stating they were “appalled at the lack of enforcement by Canada’s justice system.” This was their second letter, a follow up from their first plea in March 2020 for the Canadian government to act.

Days later, both payment services stopped processing payments on the tube site after confirming unlawful content. Visa said payments are suspended for MindGeek but their review is still ongoing, and Mastercard said they are continuing to investigate potential illegal content on other websites.

The policy change was met with frustration from victims and advocates who have been vocal in their criticism of Pornhub’s mistreatment of victims well before Visa and Mastercard’s investigations.

In contrast, Scott Berkowitz, CEO of Rape, Abuse & Incest National Network (RAINN), said he did not think Pornhub’s changes would come anywhere close to fixing the problem of CSAM and IBSA online.

Can a leopard change its spots?

Pornhub’s current business model encourages hours and even years of uploaded content and to sell ads on that content, like other mainstream tech companies. They pay lip service to victims of nonconsensual imagery and profess a zero-tolerance policy for child abuse material, but then knowingly or unknowingly position ads next to those videos to directly profiting from that material.

Barriers like this could reduce the number of abusive material uploaded simply because it will not be as easy as it once was. That is a positive. Where we are concerned is the new verification process and hope it will be more rigorous than the previous protocol that does not require recorded age or identification.

The second change is—in our minds—the biggest win and may make a genuine difference. Removing the download feature could significantly reduce the copies of IBSA and CSAM and their recirculation online. Victims live through this constant cycle of finding their video online, reporting it, the video being removed (if they are lucky) only to have a downloaded copy re-uploaded and circulated.

“It’s like whack-a-mole,” Angela Chaisson a Canadian attorney, explained to us. “If you get them taken down from one place, they pop up in another.” It is this constant fear of dissemination that makes victims feel like the abuse will never end. At this point in time, they are not wrong.

Of course, there are still ways to screenshot or download videos through alternative software, but by simply removing the easy access download feature could dissuade consumers.

Finally, Pornhub says they will make big improvements in moderation with their newly established “Red Team” that will sweep the existing content on the platform for violations and look out for breakdowns in the moderation process. They said this will be in addition to their current, “extensive team of human moderators dedicated to manually reviewing every single upload.” They did not confirm the number of the “extensive team” or suggest how many more will make up the Red Team. It seems unlikely MindGeek will rapidly hire thousands of moderators to compare with Facebook, but clearly moderators alone are not an effective way to prevent abusive material online as plenty of nonconsensual content is shared and spread around Facebook’s sites, too.

Despite some of the flaws, Mary Anne Franks, President of Cyber Civil Rights Initiative (CCRI) seems optimistic about the changes.

Kristof put it well when he said in his follow-up column published on December 9th, “The issue isn’t pornography but rape. It is not prudishness to feel revulsion at global companies that monetize sexual assaults on children; it’s compassion.”

If you’re a survivor of abuse, exploitation, or trafficking, reach out to us. We want to support you and connect you with survivor-led resources.